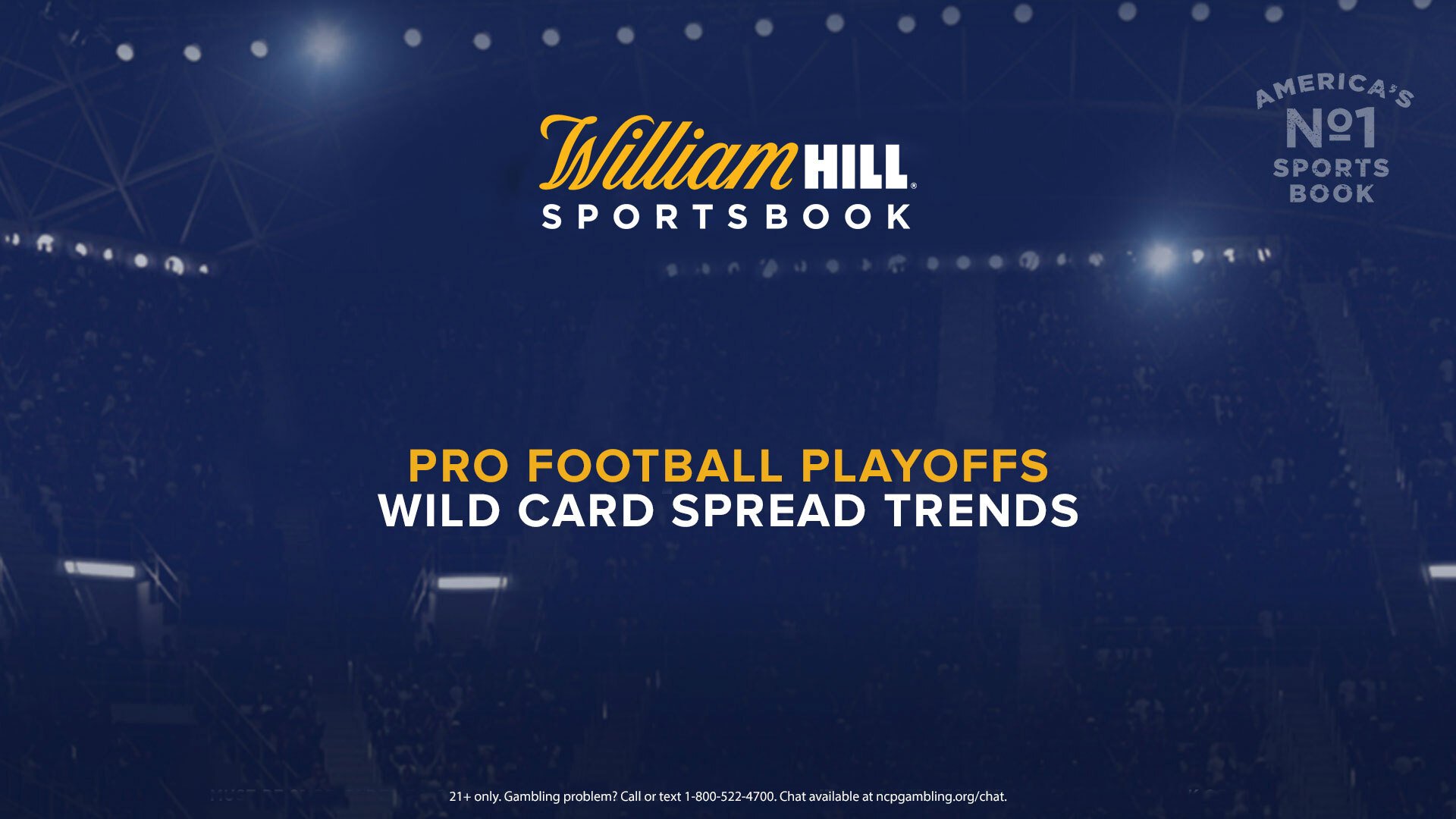 The NFL postseason commences tomorrow, with three interesting Wild Card matchups to get the party started.

The first battle is between the Colts and Bills at 1:05 p.m. ET/10:05 a.m. PT on CBS, with Buffalo currently a 6-point favorite at William Hill. This is the Bills’ first time hosting a playoff game in 25 years, as Buffalo finished as the No. 2 seed in the AFC behind a stellar third-year campaign from quarterback Josh Allen. Yet, this line is moving in favor of the road underdog.

“The line has dropped from 7 earlier in the week to 6, and I’m not surprised there’s been some Colts love in the market,” said Nick Bogdanovich, Director of Trading for William Hill US. “The Colts were bet on all year long. Obviously the professionals like the Colts and the Colts would have to be considered a live dog for sure.”

Even with the number dropping, Buffalo has been the most popular Wild Card spread bet as of now at William Hill. The Bills lead all teams in both total number of tickets (85%) and total dollars wagered (86%) among all spread bets in their respective matchups.

The second Saturday clash has had an even bigger spread shift, with the Rams going from +5 to +3 against the Seahawks at 4:40 p.m. ET/1:40 p.m. PT on FOX. The two NFC West rivals split their regular-season series, with the home team taking each game. The Rams were without starting quarterback Jared Goff in their must-win Week 17 showdown with the Cardinals, but will he be under center tomorrow?

“It appears Goff is going to play, but you never know,” Bogdanovich said. “I don’t think that’s the only reason behind the move though. Remember Goff didn’t play last game and Arizona was at -3, and the Rams closed at -1. They just think the overall Rams team is strong and they’ll be able to play toe-to-toe with the Seahawks. Seattle is also more affected than most with no fans, and that atmosphere was a big advantage for them in the playoffs.”

In the nightcap at 8:15 p.m. ET/5:15 p.m. PT on NBC, the Buccaneers are one of two road favorites this weekend. Tampa Bay is up to -8 in Washington, as the Buccaneers were originally listed as 7.5-point chalk at William Hill. At 7-9, Washington is the fourth division winner since 2010 to end up in the playoffs without a winning record. The first three (2010 Seahawks, 2011 Broncos and 2014 Panthers) each won their first postseason game.

“The public has never met a road favorite of 8 or more that they didn’t like,” Bogdanovich said. “But if people are aware about those previous big home playoff underdogs winning like the [Tim] Tebow Broncos or the [Marshawn] Lynch Seahawks, it’ll slow some people down from betting the Bucs. But this is still going to be a monster decision for us, and that line may go up even more.”

For the spread, the Buccaneers have the second-highest percentage among all Wild Card teams in total number of tickets (79%) and third-highest in total dollars wagered (80%).

Even with three exciting playoff affairs tomorrow, make sure to save room for Sunday’s excitement, as there’s three more on tap.

The Ravens will be looking for revenge against the Titans at 1:05 p.m. ET/10:05 a.m. PT on ABC/ESPN. Tennessee shocked Baltimore in last year’s Divisional Round with a 28-12 upset and also defeated the Ravens 30-24 in overtime in Week 11 of this past regular season. Even with those recent results, Baltimore is a 3-point road favorite over Tennessee at William Hill.

“Straight bets, we’re pretty even on this game,” Bogdanovich said. “Obviously the closer the line gets to pick, the more live the dog will be for the masses. I could see why people would want to bet the Titans. Obviously Tennessee made it to the conference championship last year and [Derrick] Henry looks unstoppable. I think this game will end up not being a big decision either way.”

As of now, this is the tightest bet spread in both categories of any game this weekend, as the Ravens are collecting 59% of the total number of tickets and 53% of the total dollars wagered. The biggest Wild Card spread bet thus far at William Hill, however, is on the home underdog. A Nevada bettor placed $22,000 on Titans +3.5 (-110) for a total potential payout of $42,000.

The middle game on Sunday features the biggest spread this weekend, as the Saints are 10-point home favorites over the Bears. The majority of William Hill bettors have no problem laying the big number, as New Orleans has attracted 65% of the total number of tickets and 70% of the total dollars wagered against Chicago.

“I’m not worried about straight bets for this one,” Bogdanovich said. “I’m just worried about the teasers and moneyline parlays, it’ll be a small mountain of money for those. When push comes to shove on Sunday, there will be a ton of Bears moneyline bets because people will be betting $20, $40, $100, they’ll take the 4/1 odds. But it won’t overcome the liability on the moneyline parlays and teasers if they’re all live.”

The last Wild Card matchup also features this week’s biggest line move at William Hill. After opening at -3.5, the Steelers are up to -6 at home over the Browns at 8:15 p.m. ET/5:15 p.m. PT on NBC. Cleveland will be without head coach Kevin Stefanski and Pro Bowl offensive lineman Joel Bitonio against its AFC North foe due to COVID-19. In Stefanski’s first year as head coach, he led the Browns to their first playoff appearance since 2003.

“[Stefanski] has never been a head coach in a playoff game, so I don’t know how much stock to put in for his absence,” Bogdanovich said. “Obviously he’s had a good year, but these coordinators are so good and these staffs are so well-paid and organized. Maybe he’s worth a half point tops, he’s just too unknown of a commodity. We’re much more concerned with the players than a coach.”

William Hill bettors are strongly backing the favorite against the spread, as the Steelers rank third among all teams in total number of tickets (77%) and second in total dollars wagered (83%).

Check out William Hill’s latest odds and trends for every Wild Card Weekend spread below.