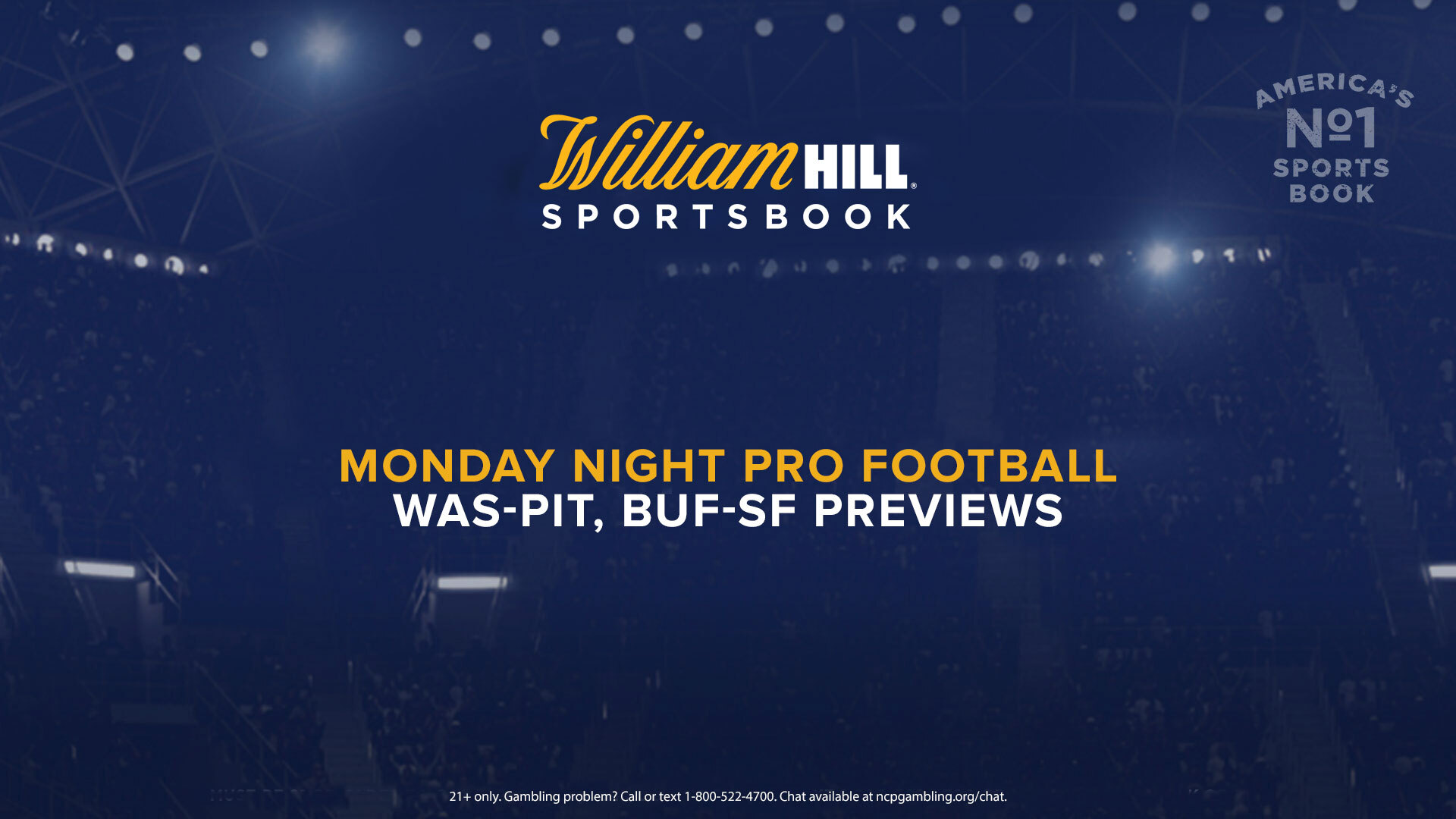 What better way to start a new week with not one, but two NFL games on a Monday?

Both games have had major spread moves throughout the past week.

In the early contest, the Steelers opened as 10-point home favorites when William Hill first posted NFL Week 13 spreads on Nov. 29. Then the game was taken off the board with Pittsburgh’s Week 12 head-to-head with the Ravens rescheduled to last Wednesday. When it was announced that Washington vs. Steelers would be moved to Monday, Pittsburgh was re-listed at William Hill as an 8-point favorite.

“Guess the professionals think the spot is right for Washington,” said Nick Bogdanovich, Director of Trading for William Hill US. “Short week for the Steelers, banged-up Ben [Roethlisberger], Washington playing to keep up with the Giants in the NFC East, two good defenses. I’d say it’s rare though for an undefeated team to not be getting much respect in the market against a team with a losing record.”

That’s highlighted by one Nevada bettor placing $20,000 on Steelers -7 (EVEN) for a total potential payout of $40,000, which is the largest bet taken for this game at William Hill as of now. Additionally, a New Jersey bettor put down $7,500 on Washington +250 ML, which would result in a $26,250 total payout if Washington were to give Pittsburgh its first loss of the season.

The spread for Bills vs. 49ers has shifted even more from its opening number, as San Francisco has gone from +3 to -1.5 in tonight’s neutral site battle in Arizona. The Super Bowl runner-up boosted its record to 5-6 after edging out the Rams 23-20 in Week 12.

“Let’s face it, San Francisco’s been brutally beaten down by injuries all year long,” Bogdanovich said. “Buffalo’s a first-place team and the 49ers are still a favorite on a neutral field, which tells you what the market thinks of San Francisco pre-injuries. I think they’ll be ready for business; they know this is a must-win for them. But Buffalo’s feeling the fire too with Miami and New England coming on.”

“We’re high on Buffalo, we’re going to need San Francisco here,” Bogdanovich said. “The public definitely favors the Bills, but the game is in pick’em range, so it isn’t going to be a landslide. I’m also a little surprised that the total has dropped. Buffalo with clear weather is a dead over team. San Francisco can score because [head coach Kyle] Shanahan will be able to dial up plays on a struggling Buffalo defense.”

The Bills are bringing in 70% apiece for both the total number of tickets and total dollars wagered for all spread bets vs. the 49ers. That includes a Nevada bettor laying $66,000 on Bills +1 (-110) for a total potential payout of $126,000, the largest wager for Bills vs. 49ers so far at William Hill.

William Hill bettors are more split on the moneyline. Buffalo is receiving 76% of the total number of tickets, yet the 49ers are actually capturing 73% of the total dollars wagered. Another Nevada bettor is quite confident in the 49ers pulling it out in Arizona, putting $50,000 on 49ers ML -110 for a total potential payout of $95,454.55.

Check out William Hill’s latest odds and trends for Washington vs. Steelers and Bills vs. 49ers below.