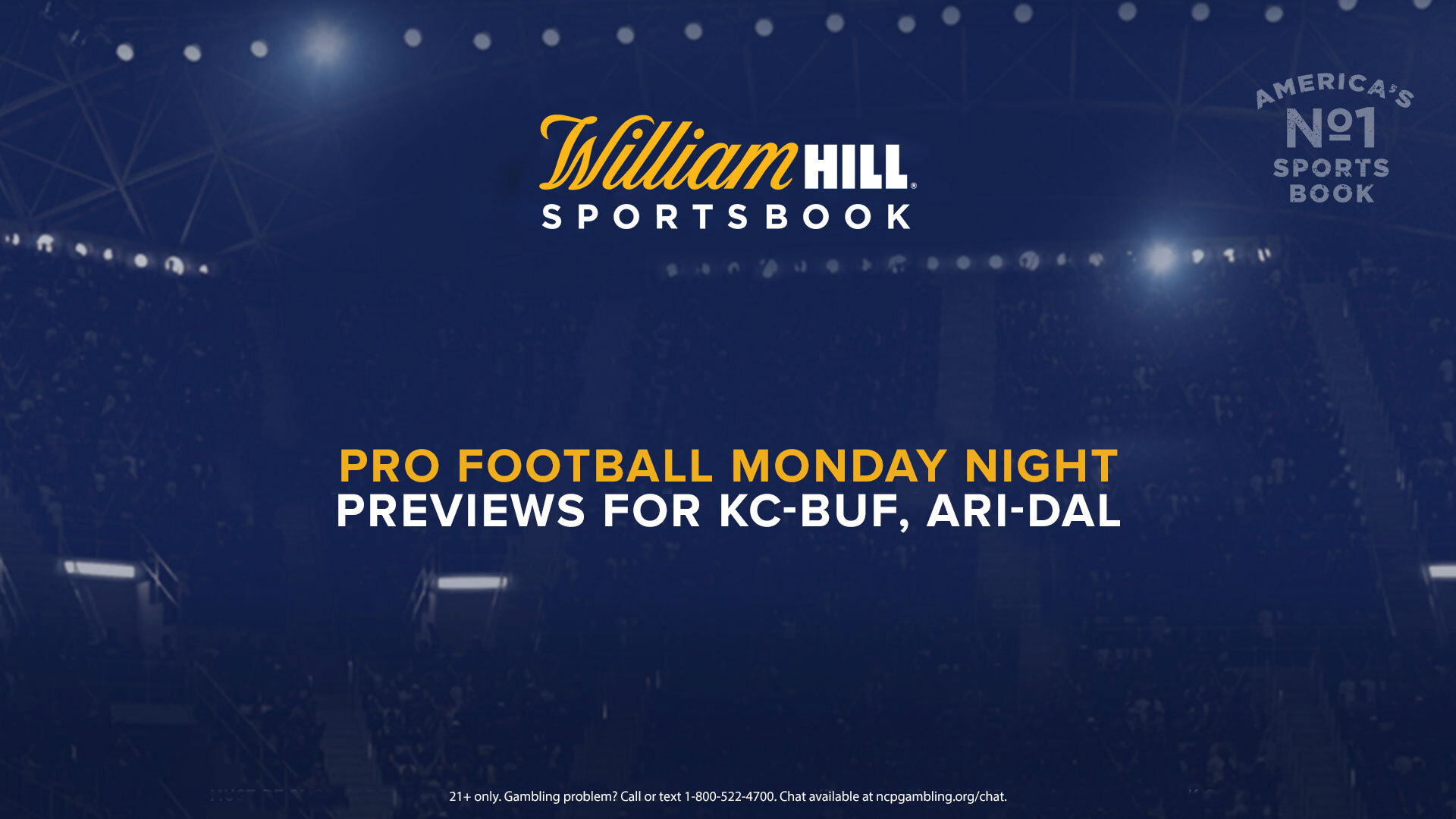 For the third time this NFL season, we have a doubleheader of Monday night action.

In the first game, two teams coming off their first defeats of the season face each other in Buffalo. The Chiefs were upset by the Raiders as a double-digit home favorite last Sunday, while the Bills fell as a 3-point road favorite to the Titans this past Tuesday.

For this matchup, which kicks off at 5 p.m. ET/2 p.m. PT on FOX, the Chiefs are currently -5.5 at William Hill after opening as 3.5-point road favorites against the Bills. Kansas City is priced at -240 on the moneyline, whereas Buffalo is +200 to snatch the win outright. The total has had movement as well, dropping 2.5 points from its original number of 58 to now sitting at 55.5.

“We’ll definitely need the Bills for something tonight,” said Nick Bogdanovich, Director of Trading for William Hill US. “Given the line movement from 3.5 to 5.5, the professionals and public were both on the Chiefs, and I’m assuming the professionals were on it at -3.5 and -4. But the Bills aren’t chopped liver, they’ve only got one loss and they’re a well-coached team.”

William Hill bettors are far more divided on the nightcap, where the Cowboys are 1-point home favorites against the Cardinals at 8:15 p.m. ET/5:15 p.m. PT on ESPN.

Arizona was originally posted as a 2.5-point road favorite, while the total opened at 54. The 3.5-point swing on the spread is the biggest of any Week 6 NFL game, and the total has crept up 1.5 points to its current position of 55.5.

“When push comes to shove, this game will be a small decision,” said Bogdanovich. “It’s right around pick’em and I don’t think the public trusts either team. Betting this game is all about where you have [Andy] Dalton versus Dak [Prescott]. If you don’t think Dallas will miss a beat with Dalton, then the Cowboys should be favored like they are now. And if you do think it’s a big drop-off, then Arizona should be laying a couple like they were last week.”

Check out William Hill’s latest odds and trends for Chiefs vs. Bills and Cardinals vs. Cowboys below.