Pro Football Futures: Which Quarterbacks Are Most Popular MVP Bets? 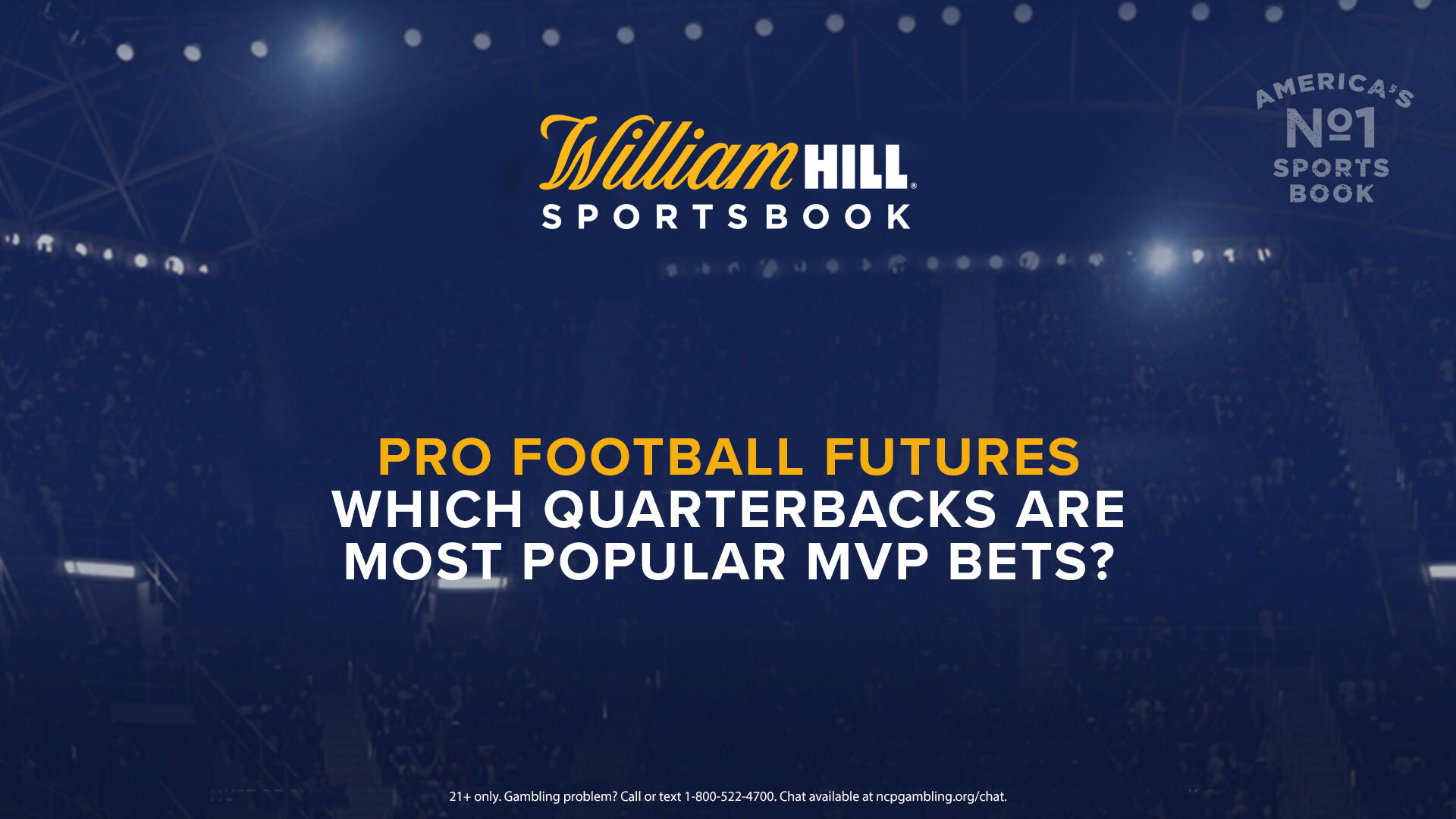 The NFL season is approaching, as we are just five weeks away from the opening kickoff of the 2021-22 campaign.

MVP is one of the most popular NFL futures markets, and this time around is no different. Whether it’s being high on a quarterback who was traded this offseason and a signal-caller coming off an ACL injury or being low on last year’s MVP, William Hill bettors have spoken early on.

Patrick Mahomes and reigning MVP Aaron Rodgers were atop the board when William Hill Nevada released 2021-22 MVP futures back in February at +450 and +700 respectively. Those two still have the lowest odds now, yet their prices have risen slightly with Mahomes at +500 and Rodgers at +800.

“We do well with Mahomes right now, so we’re just trying to draw more money on him by raising his price,” said Nick Bogdanovich, Director of Trading. “With Rodgers, this is the least action that a reigning MVP has gotten that I can remember. If we don’t see anything on him over the next month, we’ll probably raise him up to like 12/1. It’s just tough to go back-to-back.”

Mayfield opened at 40/1, and has been one of the biggest movers at William Hill by going down to his current price at 20/1. Another notable shift has been Tua Tagovailoa, who has swung from 60/1 to 33/1.

“We lose pretty good with Baker,” Bogdanovich said. “I can understand why they’re betting him, their team is expected to do so well and he’s the quarterback there. Tua’s an interesting one because the Dolphins have a lot of upside. Year 1 was like training wheels for him because he was coming off that brutal injury and they didn’t want to throw him into the fire. Now he’s probably much more athletic and ready to roll, and they have to turn him loose.”

Mahomes is not only the current MVP favorite, but he also leads in total dollars wagered at 16%. That is highlighted by one New Jersey bettor who put $10,000 on Mahomes +450 for a total potential payout of $55,000, which is the largest 2021-22 NFL MVP bet taken thus far at William Hill.

Stafford is next at 9%, with Mayfield and Allen right behind at 8% apiece. One Illinois bettor staked $5,000 on Mayfield 40/1 for a total potential payout of $205,000. Prescott and Herbert have each racked up 6%, while Rodgers has only generated 1%. The Packers star quarterback is 18th in total dollars wagered despite having the second-lowest odds.

For total number of tickets, it’s a quarterback on a new team who ranks first in that department.

“I’m a little surprised Stafford is leading in tickets,” Bogdanovich said. “He’s never really been in the hunt before, but his new surroundings gives him a shot now. There’s the [Sean] McVay factor, and he has good wideouts with [Robert] Woods and [Cooper] Kupp. But the Rams figure to be a Super Bowl contender, and Stafford will need a big year to get them there.”

Garoppolo, meanwhile, is the biggest liability in this market at William Hill per Bogdanovich after opening at 100/1. The 49ers quarterback has even attracted a $1,000 wager on him at 100/1 for a total potential payout of $101,000.

Check out William Hill’s latest odds and trends for 2021-22 NFL MVP below.