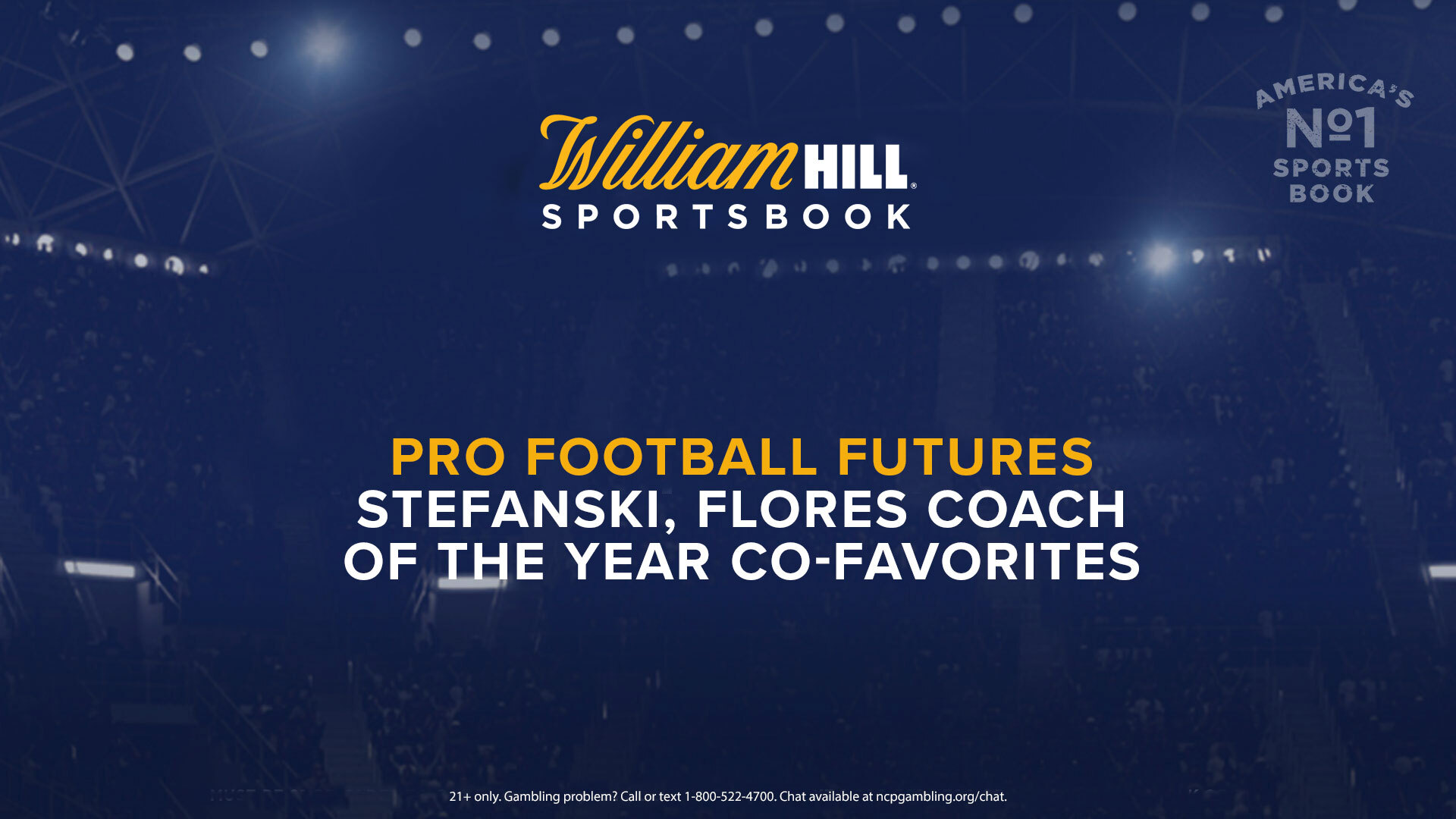 It was a crazy ride on the NFL coaching carousel this year, as seven new head coaches were hired in this past cycle. Will someone in his first year at the helm win NFL Coach of the Year award this upcoming campaign, which has been the case in three of the past four seasons?

William Hill released its 2021-22 NFL Coach of the Year odds, with last year’s recipient serving as a co-favorite this time around.

“You can never discount any first-year coach in a garbage situation,” said Nick Bogdanovich, Director of Trading for William Hill US. “Just because if they do something halfway reasonable, they’re going to get votes. Then it’ll just depend on how heroic of a job someone else did. So I think any of those guys going into a dumpster fire are live, they’ll be in the hunt if they can do anything.”

Flores finished third in Coach of the Year voting last season, as Miami improved from 5-11 to 10-6 in his second season on the sidelines.

The first-year head coach with the lowest odds is Brandon Staley (Chargers), who is tied for the third-lowest odds at 15/1 with Sean McDermott (Bills) and Sean Payton (Saints). Staley was the defensive coordinator for the Rams last season, and his former boss Sean McVay is right behind at 16/1.

“Usually first-year coaches are taking over really bad rosters,” Bogdanovich said. “Obviously Anthony Lynn had his chance with the Chargers and he didn’t get it done. Staley has a great team to start with, he hit the lottery as far as a situation to walk into. He’s definitely going to be live with this team.”

Bill Belichick (Patriots) is next at 18/1 along with Kyle Shanahan (49ers), Frank Reich (Colts) and Ron Rivera (Washington). Belichick, who opened as the +850 favorite in this market last year, has won three times before and is one shy of tying Don Shula’s all-time record. Rivera and Bruce Arians (Buccaneers, 22/1) are the only other current head coaches to have received the honor multiple times.

Mike McCarthy (Cowboys), Andy Reid (Chiefs), John Harbaugh (Ravens) and Robert Saleh (Jets) are all at 20/1, while the reigning Super Bowl winner Arians is at 22/1 along with Joe Judge (Giants) and Urban Meyer (Jaguars).

“I think Meyer is live at 22/1, the Jaguars are closer than people think,” Bogdanovich said. “If [Trevor] Lawrence plays well, they’re going to do well. Meyer is also such an enormous name, and it’s a huge story for him and Lawrence to be at the same place at the same time. I think you’ll see Meyer with the most tickets and the most liability before the season kicks off.”

Of the five biggest longshots in this market, three are first-year head coaches: Nick Sirianni (Eagles) at 50/1, Dan Campbell (Lions) at 60/1 and David Culley (Texans) at 75/1. Meanwhile, Jon Gruden (Raiders) at 50/1 and Zac Taylor (Bengals) at 60/1 are the veteran head coaches at the bottom of the board.

Check out William Hill’s latest 2021-22 NFL Coach of the Year odds below.