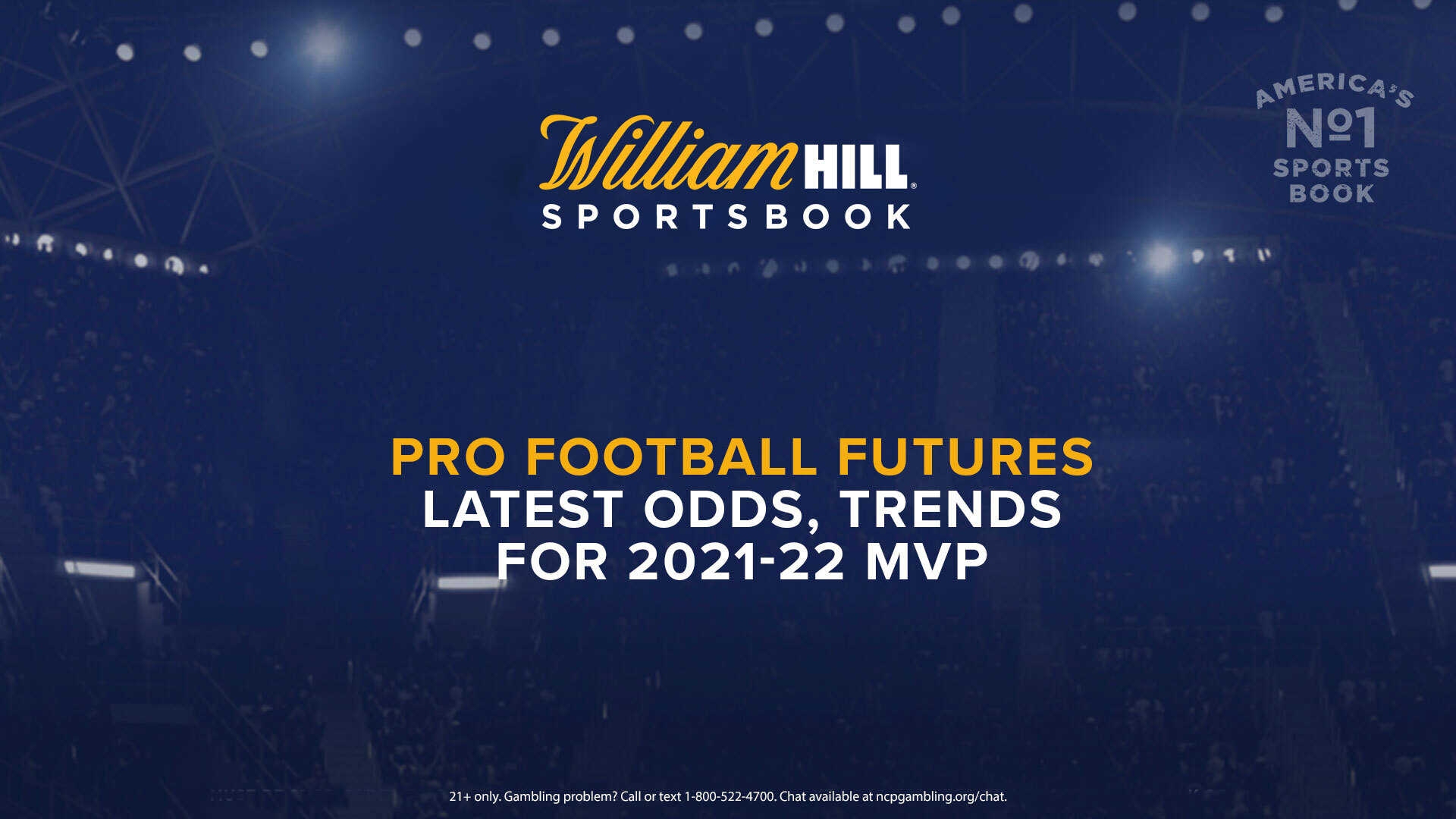 The NFL offseason never sleeps, and neither does the action on William Hill’s NFL futures during that span.

Let’s take a look at the latest happenings for 2021-22 NFL MVP futures, where William Hill Nevada has 81 players listed.

As of now, 12 different players are within that vicinity at William Hill Nevada.

“MVP is certainly wide open, which is good,” said Nick Bogdanovich, Director of Trading for William Hill US. “Everyone’s got a decent plus price and the tickets have been scattered all over so far. It’s a great sign that the tickets are split nicely early on. This will be a very highly bet market once the season gets here.”

Mahomes leads the way this time around at +450, followed by reigning recipient Aaron Rodgers at +700. Rodgers was listed at 25/1 ahead of the Packers’ season opener, and reached as high as 35/1 in last year’s campaign.

“Mahomes is at +450 now and we’re in really good shape with him, so that’s going to go up before the season starts,” Bogdanovich said. “Rodgers will probably go up too, just with all the distractions and the chance to repeat [as MVP] is tough. They’ve also been betting quarterbacks at higher prices given how wide open this race seems.”

Josh Allen and Brady are next at 10/1, with Russell Wilson close behind at 12/1. Jackson, the 2019 winner, and Murray are both at 15/1, while five other signal-callers are at 20/1—Prescott, Watson, Matthew Stafford, Justin Herbert and Baker Mayfield.

In terms of the most popular bets, Allen and Stafford are tops in total number of tickets at 9% apiece. Herbert is nearby at 8%, whereas Prescott and Mayfield are each at 7%.

Mayfield, though, has some distance between him and the rest for total dollars wagered. The Browns quarterback is at 12% in that category, with Allen, Brady, Mahomes, Stafford and Herbert all at 7%.

“Baker played well in the playoffs last year,” Bogdanovich said. “The Browns are still the hot commodity this offseason, people are betting them in every fashion. Cleveland has a lot of weapons and a strong offensive line, [Odell Beckham Jr.] is even healthy again. He opened at 40/1 and is down to 20/1, and we lose pretty good with Baker.”

The non-quarterback with the lowest odds also attracted a noteworthy wager, as a Nevada bettor staked $1,125 on Derrick Henry at 30/1 for a total potential payout of $34,875.

Check out William Hill’s current odds and trends for 2021-22 NFL MVP below.