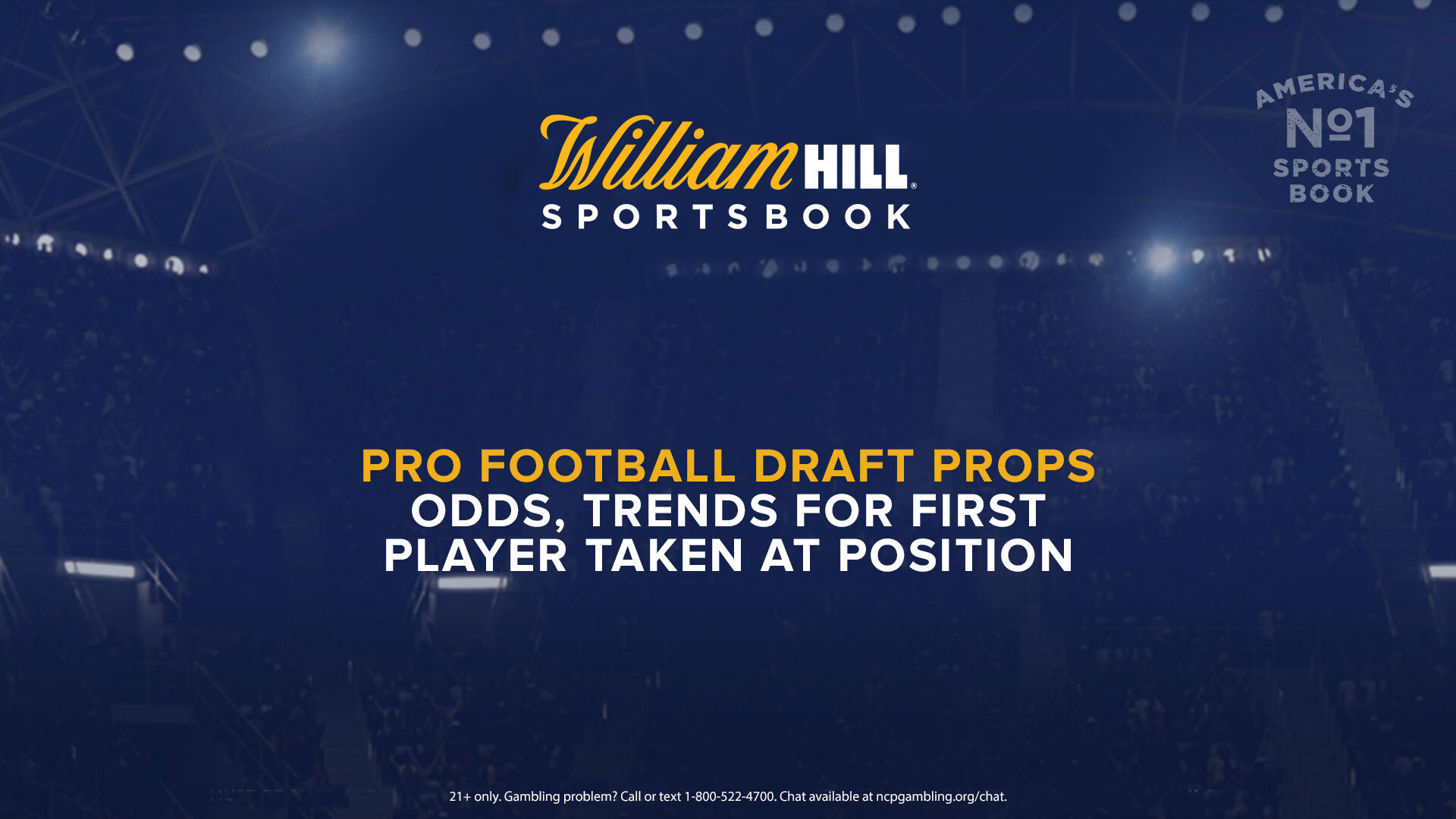 The NFL rumor mill has been churning the past couple of weeks, and whispers about possible destinations for the top college prospects are still prevalent the day before the 2021 NFL Draft. There’s been several odds shifts for 2021 NFL Draft props at William Hill, including for the first player picked at position markets.

Two of those markets have seen the favorite switch since these props were first released on April 10. Additionally, many William Hill bettors are backing a potential surprise in the first round. Four non-favorites currently lead in total number of tickets for their respective first player picked at position markets.

Let’s start on the offensive side of the ball. For first running back taken, Alabama bellcow Najee Harris opened at -150 and has since jumped to -300. LSU pass-catcher Ja’Marr Chase experienced an even bigger swing for first wideout taken, going from -350 to -1200.

While Harris (77%) and Chase (94%) are tops in total dollars wagered for their first player drafted at the position props, second choices Travis Etienne (+240) at 49% and Devonta Smith (+700) at 54% each rank first in total number of tickets.

The favorite for first defensive player drafted has changed. Penn State linebacker Micah Parsons was originally atop the board at +110, followed by Alabama cornerback Patrick Surtain II at +200, Michigan defensive lineman Kwity Paye at +550 and South Carolina cornerback Jaycee Horn at +900. Surtain II is now -160 chalk, with Horn (+300) and Parsons (+400) battling for the second-lowest odds.

Surtain II has attracted 39% of the total number of tickets and 53% of the total dollars wagered to be the first defensive player drafted, the only instance where the same player was the sole leader in both categories for any first player picked at position prop.

Surtain II (-500) has also drawn 84% of the total dollars wagered for first cornerback drafted, while Horn (+250) is in front for total number of tickets at 63%. Parsons at -600 to be the first linebacker taken is the heaviest favorite for any of the defensive player markets. He’s also commanded 92% of the total dollars wagered. Meanwhile, Notre Dame’s Jeremiah Owusu-Koramoah (+800) has a 40% to 28% advantage over Parsons for total number of tickets.

The tightest race at the top for any of these props is first defensive lineman drafted. Paye opened at even-money odds over Miami’s Jaelan Phillips (+160). Now Phillips (even-money odds) finds himself slightly edging out Paye (+110). The two have snagged 37% of the total number of tickets apiece, though Paye stands alone for total dollars wagered at 55%.

Check out William Hill’s latest trends for every available first player picked at position prop below.