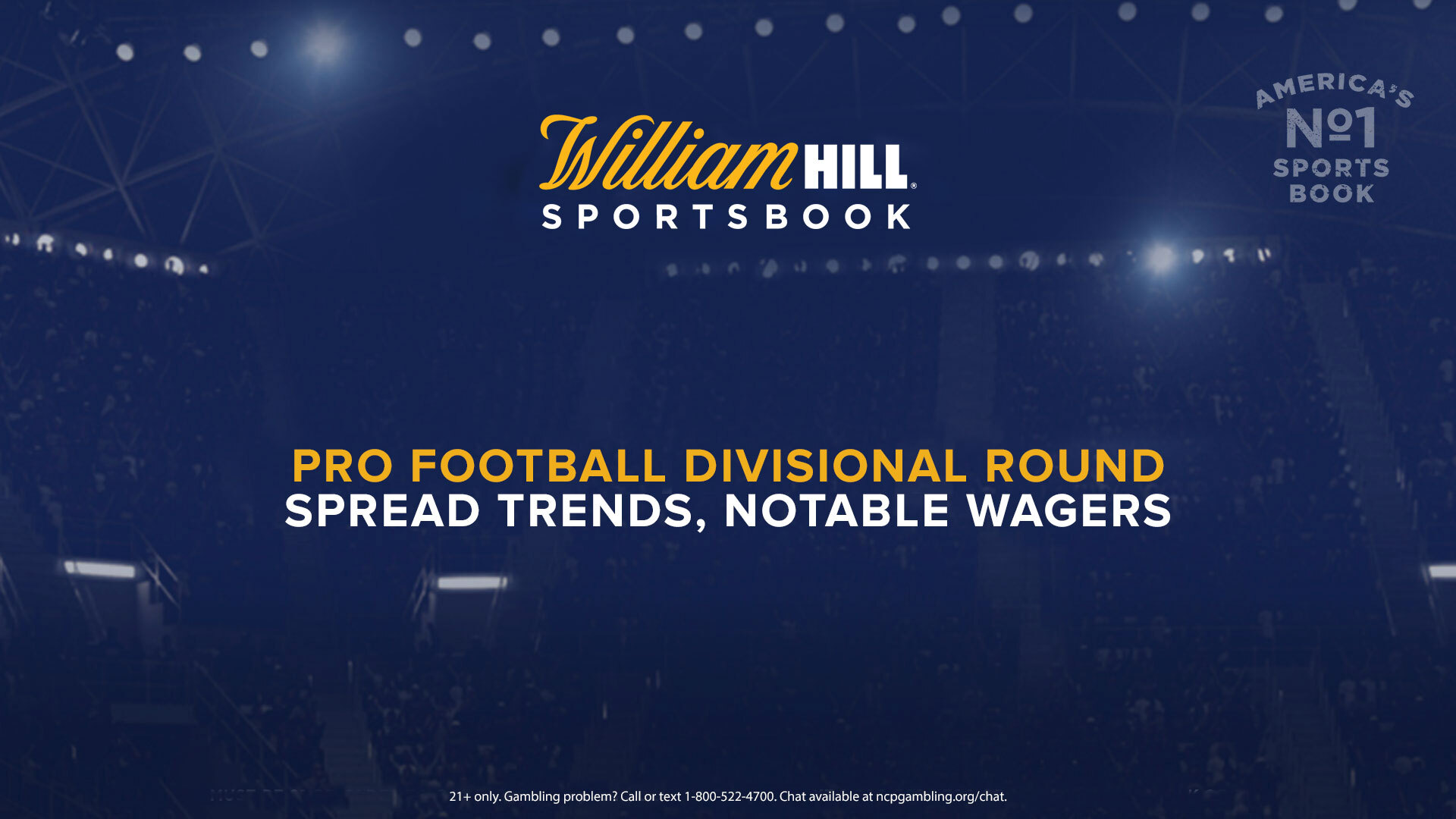 The Divisional Round kicks off tomorrow, with eight teams vying to advance to next weekend’s conference championships.

So which teams have been the most popular bets against the spread at William Hill so far?

In the first Saturday game, the Packers opened as 7-point home favorites over the Rams at William Hill. That number, however, has dropped half a point to Green Bay -6.5. Even with the line move going in the Rams’ direction, William Hill bettors are heavily backing the NFC’s No. 1 seed.

The Packers are collecting 83% of the total number of tickets and 80% of the total dollars wagered among all spread bets vs. the Rams. Green Bay leads all Divisional Round participants in both—in fact, just one other team is getting at least 70% in one category, let alone 80% in each.

The biggest spread wager for the Divisional Round, though, has come in on the final contest of the slate. A Nevada bettor laid $120,000 on Saints -3 (-120) against the Buccaneers for a total potential payout of $220,000.

Highlighted by that noteworthy wager, New Orleans is grabbing 73% of the total dollars wagered for all spread bets vs. Tampa Bay. The Buccaneers, however, are receiving 51% of the total number of tickets, as the spread for this one has moved from +4 to +3.

The showdown where William Hill bettors are most split on the spread is Browns at Chiefs Sunday afternoon. Kansas City is the biggest favorite this weekend, as the Chiefs are laying 10 points at home at William Hill. It’s a 50/50 split for total number of tickets as of now, while Kansas City is generating 55% of the total dollars wagered.

The Chiefs have also captured the largest Divisional Round moneyline wager so far at William Hill, as a New Jersey bettor put $50,000 on Chiefs -500 for a total potential payout of $60,000.

In the Saturday night affair, the Bills are up to 3-point favorites hosting the Ravens at William Hill after being as low as -2 during the week. The majority of William Hill bettors are siding with Buffalo against the spread, as the Bills have the advantage in total number of tickets (62%) and total dollars wagered (63%).

Check out William Hill’s latest odds and trends for every Divisional Round spread below.