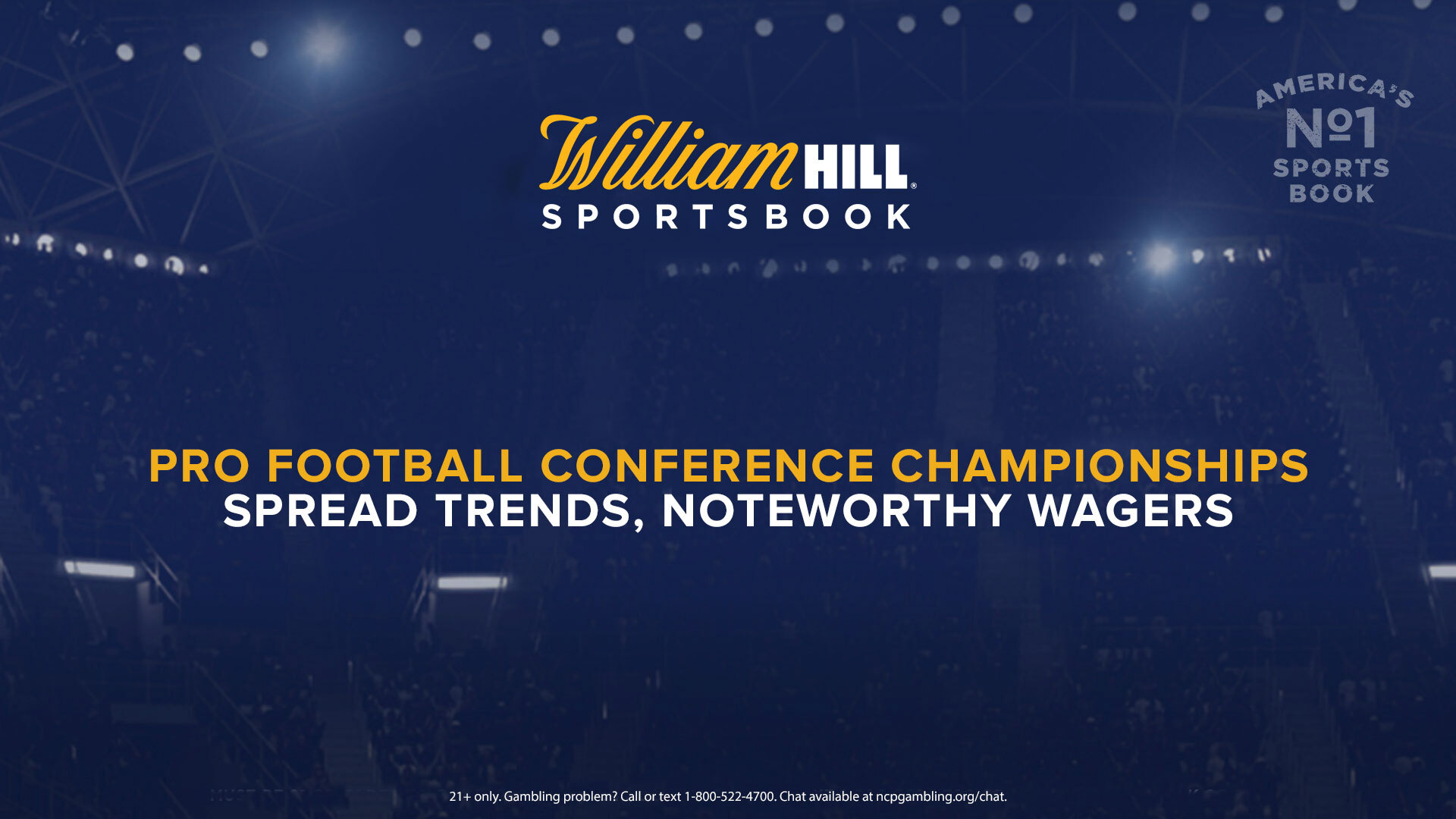 The NFL Conference Championships are just two days away, as this year’s participants will seek to etch their names into the history books on Sunday.

The spreads for Buccaneers at Packers and Bills at Chiefs are both tight, with the majority of William Hill bettors backing one favorite and one underdog in these matchups.

The Buccaneers and Packers kick off the action at Lambeau Field on Sunday at 3:05 p.m. ET/12:05 p.m. PT on FOX. Green Bay was a 3-point favorite for a good part of the week before recently going up to -3.5, which is where the line originally opened at William Hill.

“We took a couple big bets on the Packers, so we’re pretty high on them right now,” said Nick Bogdanovich, Director of Trading for William Hill US. “But it’s still so early, you never know what’s going to happen in this game. Tampa’s drawn a lot of love all year long, and people will like taking 3.5 as opposed to 3. I still don’t think it’ll be a big decision one way or the other.”

William Hill bettors are strongly supporting the home team here as of now. The Packers are generating 76% of the total number of tickets and 83% of the total dollars wagered among all spread bets against the Buccaneers. That includes one Washington D.C. bettor who laid $40,000 on Packers -3 (-125) for a total potential payout of $72,000, which is the largest 2021 Conference Championship wager taken thus far at William Hill.

The Buccaneers, though, have drawn the largest moneyline wager for this weekend’s games at William Hill. An Indiana bettor placed $20,000 on Buccaneers +150 for a total potential payout of $50,000.

In the later showdown at 6:40 p.m. ET/3:40 p.m. PT on CBS, the defending champion Chiefs will host the AFC Championship at Arrowhead Stadium for the third straight year. On the other side, the Bills will look to advance to their first Super Bowl since 1994.

“Right now, straight bets on the point spread is pretty even,” Bogdanovich said. “We’re a little high on Bills moneyline, but that’s to be expected. I think this one will be a two-way action game as well. I do think [Patrick] Mahomes will play and that this game will go back up when they announce it. It’ll get to 3.5, 4 tops. But I still think there will be Bills money because the Chiefs haven’t covered a game in so long.”

The Bills have the slight advantage for total number of tickets (53%) and total dollars wagered (56%) among all spread bets against the Chiefs. Kansas City, however, has attracted the largest spread bet for this clash, as a Nevada bettor put $11,000 on Chiefs -3 (EVEN) for a total potential payout of $22,000. The largest Buffalo bets are a pair of $10,000 wagers on Bills +135 moneyline for total potential payouts of $23,500 apiece.

Check out William Hill’s latest odds and trends for both 2021 NFL Conference Championship spreads below.