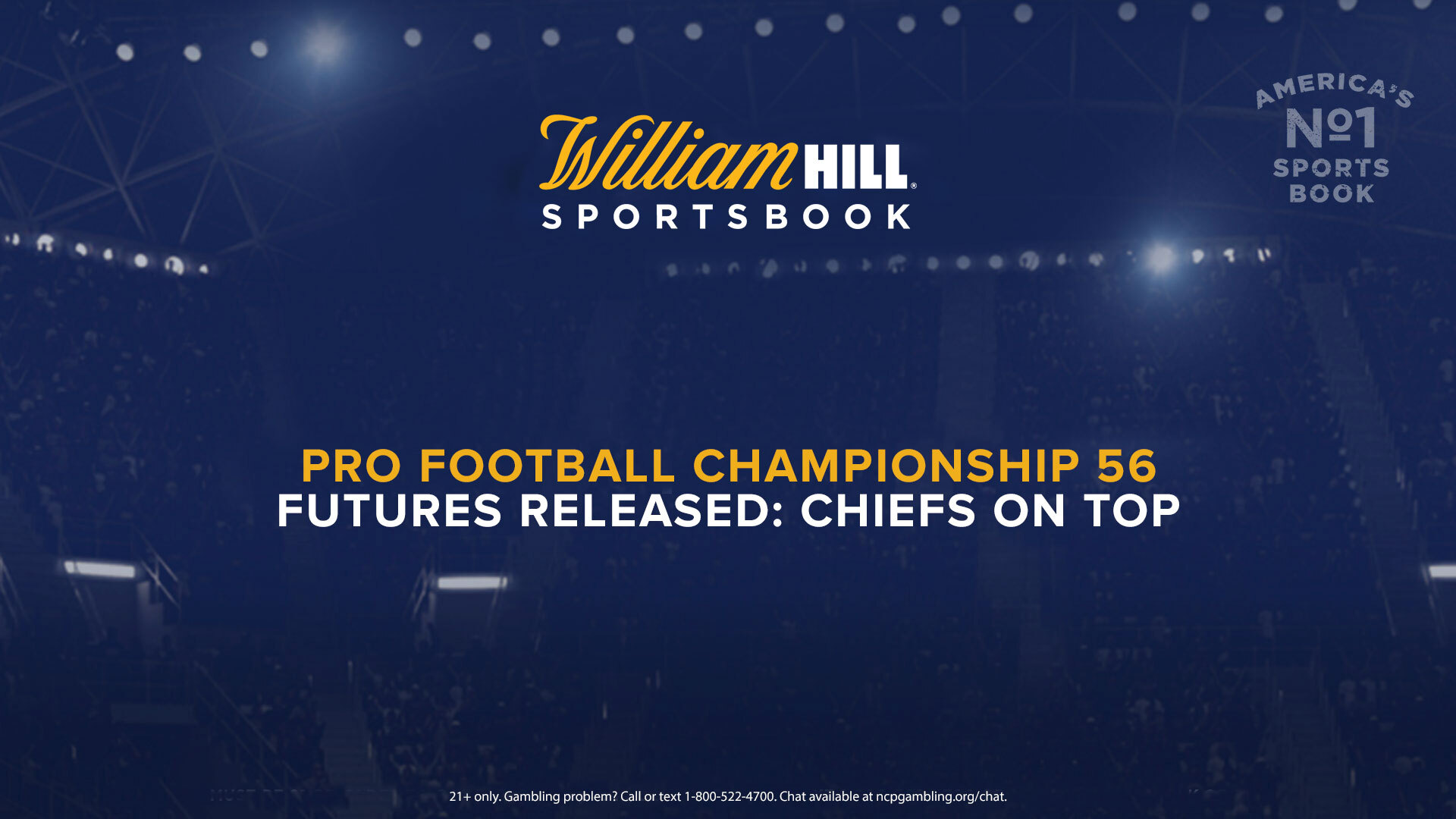 Super Bowl 55 is less than two weeks away, but who says it’s too early to bet on next year’s champion?

William Hill released its Super Bowl 56 futures this past Sunday, and the Chiefs are the +500 favorites. When Super Bowl 55 futures opened on Jan. 20, 2020, Kansas City was a +700 co-favorite along with the 49ers and Ravens.

The three other 2021 Conference Championship participants follow the Chiefs for Super Bowl 56 futures, with the Packers at +850 and the Bills and Buccaneers at 10/1 apiece.

“[Patrick] Mahomes is so far ahead of everyone else, that’s why the Chiefs are the favorites again for next year,” said Nick Bogdanovich, Director of Trading for William Hill US. “Green Bay with [Aaron] Rodgers is the second choice, even with the uncertainty there, they’re still damn good. The Bills are right there, they’ve obviously got a bright future. Tampa Bay is the interesting one. They’re going to be a year older and I guess [Tom] Brady is coming back, but how much does he have left in the tank?”

The Seahawks and Ravens are tied for the fifth-lowest odds at 12/1 each. The 49ers are next at 17/1 after opening at 18/1, and those are the only odds that shifted since the futures were first released. The Steelers and Rams are close behind at 18/1.

But what about the long shots? After all, the Buccaneers opened at 50/1 in William Hill’s Super Bowl 55 futures before the acquisition of Brady changed everything.

The superstar quarterback rumored to be on the move this offseason is Texans signal-caller Deshaun Watson. Houston is tied for the second-highest Super Bowl 56 odds at 100/1 with the Lions and Bengals, as only the Jets trail that trio at 150/1.

“I’m a big Deshaun Watson fan and he’s one of the best quarterbacks in the league,” Bogdanovich said. “We’ll know as soon as anyone else knows if a trade is going down, that’s the beauty of Twitter. And then we’ll make adjustments from there.”

One team that figures to have the spotlight on it this offseason is the Jaguars. Jacksonville finished with the NFL’s worst record this past season at 1-15, and already made a splashy coaching hire with Urban Meyer. With the No. 1 pick and the most projected cap space in the league, the Jaguars are primed to make some big moves in the coming months.

“I’d say the Jaguars are going to be the most popular long shot,” Bogdanovich said. “We’ve got them cut to 75/1 as it is. If you just looked at their results from the last 3-4 years and the complete mess they’re in, they probably should be 300/1. But if Urban does as good as he did in college and [Trevor] Lawrence lives up to the hype as the No. 1 pick, they could really improve. They’ve got a stud running back and solid playmakers. Things could happen fast there for sure.”

Interestingly enough, every team has received at least one wager to win Super Bowl 56 so far at William Hill… except for the Cardinals (30/1).