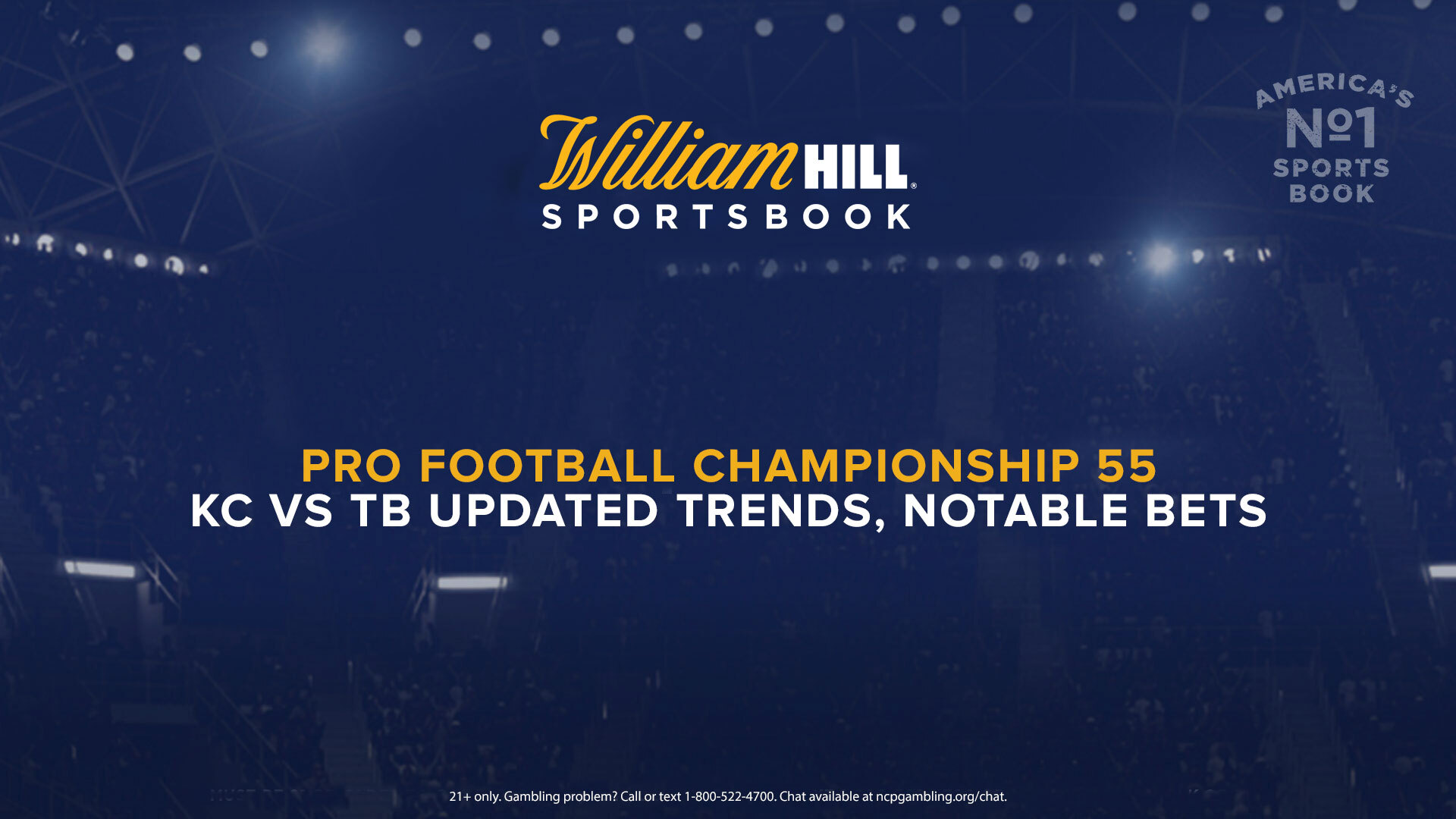 William Hill released its Super Bowl 55 odds following the result of the AFC Championship two Sundays ago. The Chiefs opened as 3-point favorites (-160 moneyline) over the Buccaneers (+140 ML) and the total originally at 57.

But how have William Hill bettors been wagering on the Big Game over the past week-plus?

“We’re definitely high on the Chiefs with the points, but nothing out of control,” said Nick Bogdanovich, Director of Trading for William Hill US. “If we have it at 3, we’ll be heavy on the Chiefs. If we move it to 3.5, we’ll get lots of Bucs money. We’re a little high on Tampa moneyline. I’m okay with where we’re at right now.”

The Chiefs have the advantage among all Super Bowl 55 spread bets, as Kansas City has attracted 71% of the total number of tickets and 81% of the total dollars wagered. That includes a Nevada bettor who placed $520,000 on Chiefs -3 (-120) for a total potential payout of $953,333 on Monday, which is the largest Super Bowl 55 wager as of now at William Hill.

Yet, it’s the Buccaneers who have the edge in moneyline wagering thus far. Tampa Bay has brought in 63% of the total number of tickets and 52% of the total dollars wagered among all Super Bowl 55 moneyline bets at William Hill.

William Hill bettors are aligned on the total as well, as the over is capturing 74% of the total number of tickets and 65% of the total dollars wagered. The largest Super Bowl 55 total wager taken at William Hill, though, is on the under. A Nevada bettor laid $22,000 on Chiefs vs. Buccaneers under 57 (-110) for a total potential payout of $42,000.

“We’re a touch high on the over,” Bogdanovich said. “We’ll end up needing the under big in this game. We’re also going to need the under in a lot of props, so we’re definitely rooting for a lower-scoring game.”

Check out William Hill’s latest odds and trends for Super Bowl 55 below.