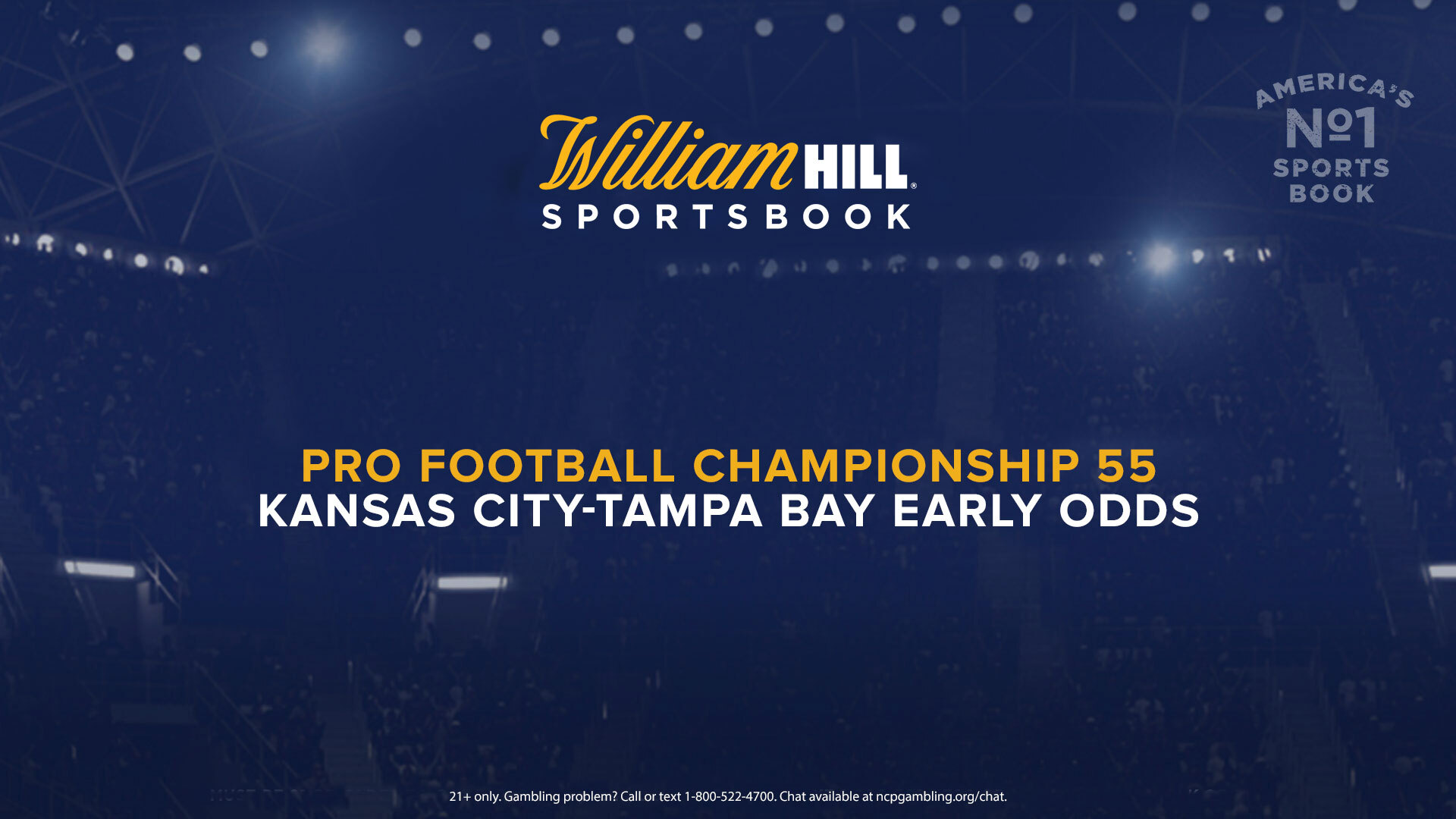 The Super Bowl 55 matchup is set, and legacies are certainly on the line.

The Chiefs and Buccaneers will square off on Feb. 7 from Tampa Bay, with two of the best quarterbacks ever headlining the marquee affair.

“This is just such a big matchup,” said Nick Bogdanovich, Director of Trading for William Hill US. “It doesn’t get much better than [Tom] Brady vs. [Patrick] Mahomes. There’s going to be a ton of bets on this game and it’s going to be a huge handle. I think the line will stay between 3 and 3.5 until kick.”

The Chiefs are currently 3-point favorites (-120) over the Buccaneers at William Hill, which is where the spread opened at. Kansas City is priced at -170 on the moneyline whereas Tampa Bay is at +150.

“When the Chiefs are healthy and rolling, they’re pretty unstoppable,” Bogdanovich said. “That’s what we saw yesterday. Mahomes was running around like a young kid again, and he’s only going to be that much fresher in two weeks.

“[Andy] Reid is also so good off an extra week of prep, so that really helps Kansas City. But they lost a key [offensive] lineman [Eric Fisher] yesterday, so that’s a big deal. The Bucs got to [Aaron] Rodgers quite a bit, and Green Bay really missed [David] Bakhtiari. That will be one of the biggest factors in this game too.”

Kansas City is attracting 75% of the total number of tickets and 82% of the total dollars wagered among all spread bets vs. Tampa Bay at William Hill early on. That includes one Illinois bettor who placed $120,000 on Chiefs -3 (-120) for a total potential payout of $220,000.

William Hill bettors are more divided on moneyline wagering, however, as the Buccaneers are receiving 59% of the total number of tickets and the Chiefs are generating 72% of the total dollars wagered.

The total for Super Bowl 55 is now at 56.5 after the Chiefs and Buccaneers scored 38 and 31 points in their respective Conference Championship showdowns. That number, however, has dropped slightly from when it was first released at William Hill.

William Hill bettors are split on the total as well, as the over has captured 77% of the total number of tickets while the under has the advantage in total dollars wagered at 64%.

Check out William Hill’s latest odds for Super Bowl 55 between the Chiefs and Buccaneers below.