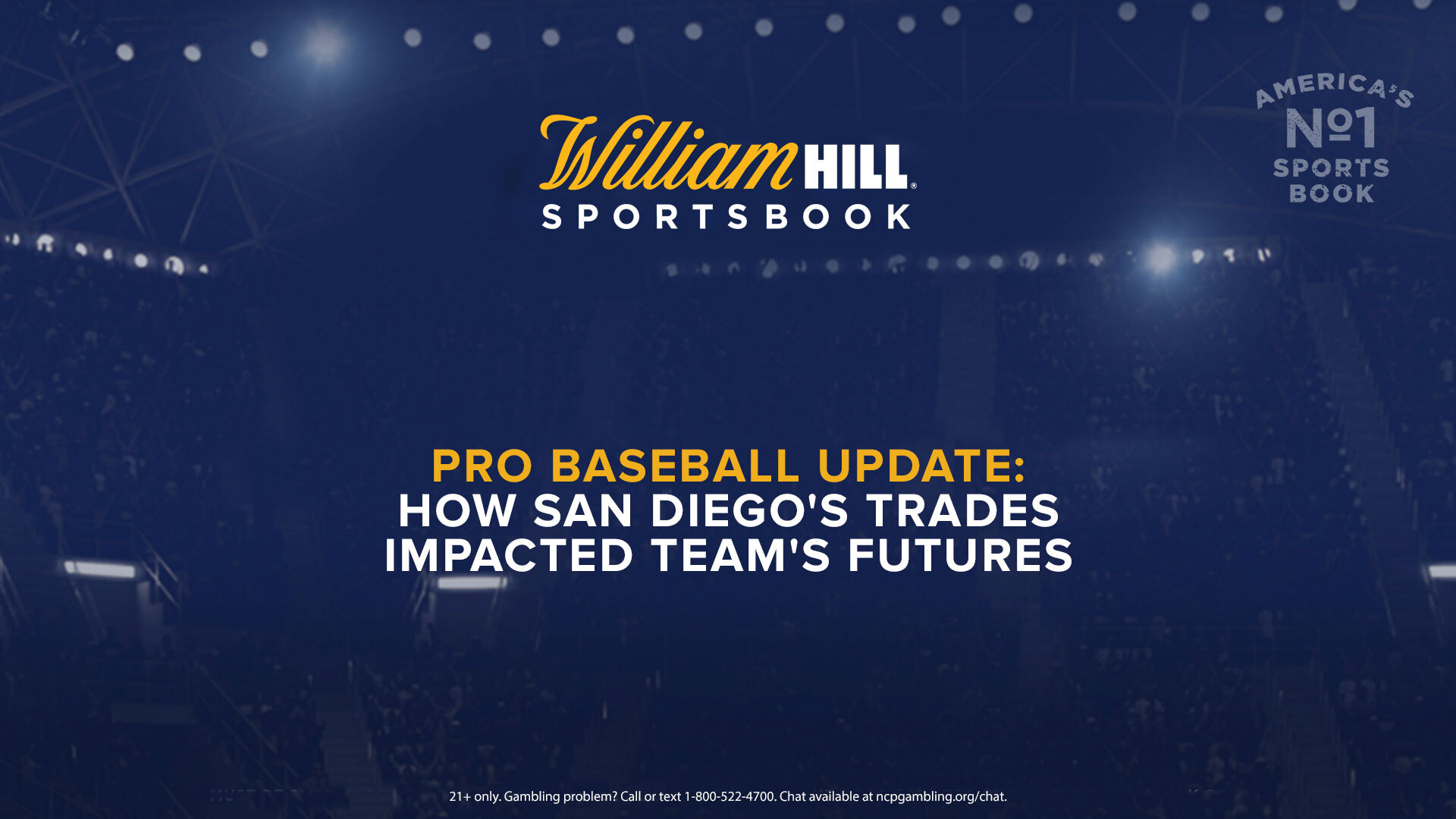 There was a flurry of trades before MLB’s trade deadline yesterday, however no team sent bigger shockwaves around the sport than the Padres.

On August 30, the day before the deadline, San Diego was listed at 20/1 at William Hill to win the 2020 World Series.

After acquiring players such as starting pitcher Mike Clevinger, catcher Austin Nola and first baseman Mitch Moreland, those futures odds dropped down to 12/1. That is tied with the Twins for the fifth-lowest odds, and only the World Series favorite Dodgers (+250) have better odds among National League teams.

One William Hill Nevada bettor made a potential splash of their own on deadline day, placing $2,141.50 on Padres 15/1. If San Diego were to win its first-ever championship, the total payout on that wager would be $34,264.

In fact, from August 31 on, San Diego has captured 38% of the total number of tickets and 61% of the total dollars wagered on all World Series futures wagers at William Hill.

The Padres still have some distance between their futures and the Dodgers’, but so does every other club. The Yankees currently have the second-lowest odds at +500, which is the largest gap between them and the Dodgers this entire season. Los Angeles and New York were +350 co-favorites at William Hill on Opening Day.

There are 13 games on tap for tonight, with the Dodgers and Yankees each facing divisional foes.

The Dodgers host the Diamondbacks at 9:40 p.m. ET/6:40 p.m. PT, as Los Angeles is priced as -240 chalk with Julio Urias on the mound for the home team. Only the Astros, who are -270 against the Rangers, are bigger favorites tonight.

Meanwhile, the Yankees take on the surging Rays in the Bronx at 7:05 p.m. ET/4:05 p.m. PT. Tampa Bay has built a 4.5-game lead over New York in the AL East, and won at Yankee Stadium yesterday against Yankees ace Gerrit Cole. Yet, the Yankees are -149 here with the Rays as a +139 underdog in this Masahiro Tanaka-Trevor Richards showdown.

One underdog, though, has drawn some notable action for tonight. One William Hill New Jersey bettor put $2,500 on Cardinals +150 against the Reds for a total potential payout of $6,250.

Check out William Hill’s odds for every MLB game tonight below.