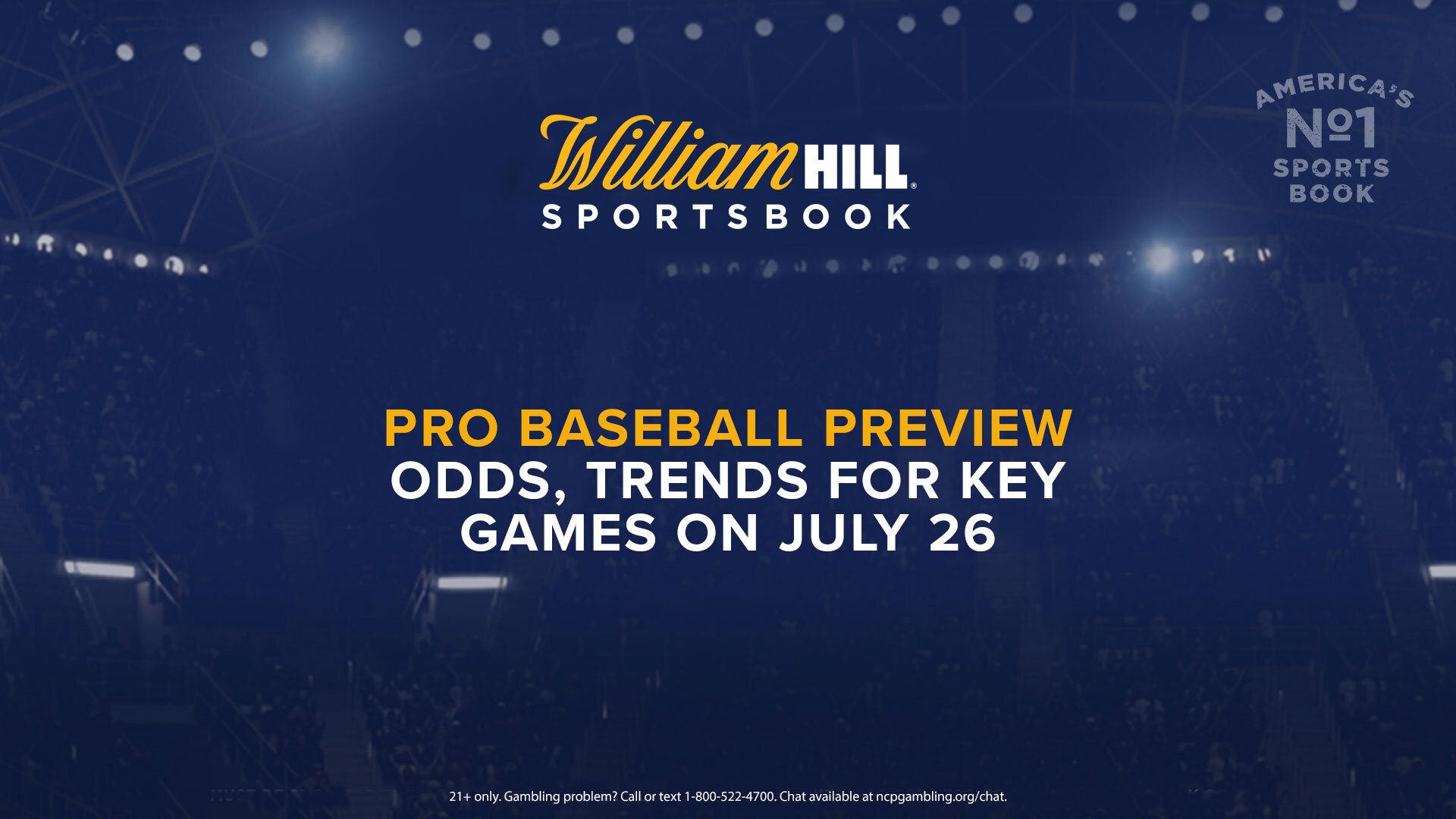 July is wrapping up, but the baseball season isn’t slowing down. There are nine MLB games tonight to start off the week, including a doubleheader between NL East rivals and an underdog generating noteworthy action against one of the top names in the game.

The Braves and Mets kick off the action today at 5:10 p.m. ET/2:10 p.m. PT in Game 1 of their doubleheader from Citi Field. New York will trot out Marcus Stroman for this 7-inning affair, while Atlanta has lefty Kyle Muller on the mound. Odds for Game 2 of the doubleheader are not available yet.

The Mets (52-44) lead the NL East by four games over the second-place Phillies (49-49) and five-games over the third-place Braves (48-50), so today’s doubleheader is a prime opportunity for Atlanta to gain some ground.

New York is a -150 favorite at William Hill, whereas Atlanta is +140 and the total currently resides at 6.5. The Mets opened at -150 and reached as high as -160 before coming back down to its original number.

At 7:10 p.m. ET/4:10 p.m. PT, another first-place squad hosts a division foe. After taking 3 of 4 against the Yankees, the Red Sox now face the Blue Jays at Fenway Park. Boston has a one-game lead over the Rays in the AL East, while Toronto is in fourth place and 9.5 games behind.

With the road team sending out Thomas Hatch and the home team starting Nick Pivetta, the Red Sox are now -135 chalk. Boston opened at -125 at William Hill and has since jumped up 10 cents. Toronto is at +125 and the total sits at 11, which is the highest on today’s slate.

Shohei Ohtani will be on the bump for the Angels tonight, as the two-way star faces German Marquez and the Rockies in front of his home fans at 9:38 p.m. ET/6:38 p.m. PT.