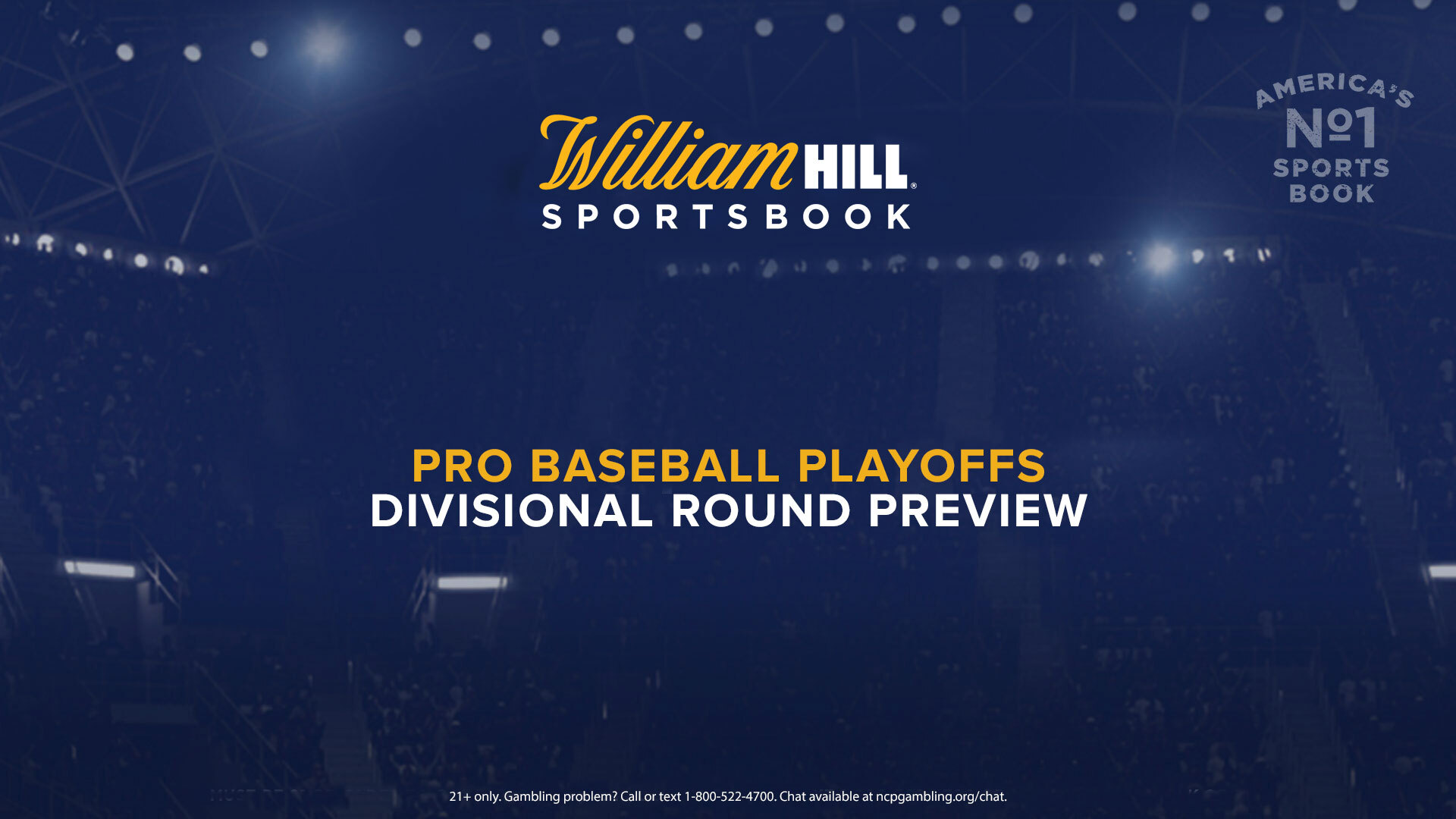 Eight teams survived the best-of-three Wild Card series to begin the MLB postseason. Now, four Divisional Round showdowns are set to take place, with the American League participants duking it out in Southern California and the National League clubs competing in Texas.

“The neutral parks impact the pricing a little bit,” said Nick Bogdanovich, Director of Trading for William Hill US. “Homefield means something in baseball, but nothing crazy. It’s still baseball. It’s not like in basketball or football where there’s a physicality to it. So that was factored in a little, but not much.”

The Dodgers entered the playoffs as the +250 favorites to win the World Series at William Hill. After taking both games against the Brewers last round, Los Angeles remains atop the odds board at +220.

A few teams have made recent sizable jumps, though, for World Series futures.

The Yankees and Rays were each 10/1 before the start of the postseason, which was tied for the fourth-lowest odds to win it all behind the Dodgers, Padres and Athletics. Now, New York has the second-lowest odds at +350, followed by Tampa Bay at +450.

“The Yankees drew a lot of money in their first series, and obviously people love betting the Yankees,” said Bogdanovich. “They look like they’re in better form, so they’re definitely a factor now. Then the Rays have looked strong all year long. They beat the Yankees for the division, which was no small accomplishment. They took care of Toronto no problem last round. They look like one of the teams to beat for sure.

“But we’re in good shape with both the Yankees and Rays. If either one wins, it’d be good for the house. Dodgers is more like a break-even at this point.”

These two AL East foes will face off in the Divisional Round as well, with Game 1 tonight at 8:07 p.m. ET/5:07 p.m. PT. The Yankees are -135 favorites to win this series at William Hill, and are also listed at -144 for Game 1 in a Gerrit Cole vs. Blake Snell pitching duel.

In the NL, the Braves went from 14/1 to 7/1 and the Marlins dropped all the way down to 18/1 from 40/1. Atlanta is the biggest Divisional Round series favorite at William Hill, as the Braves are -300 chalk to prevail over the Marlins.

“We opened L.A. high, Dodgers were three dollars [-300] and it got bet down. Sharps thought the price was too high,” Bogdanovich said. “Padres have some pitching issues. The price is going to depend on whether [Dinelson] Lamet or [Mike] Clevinger can go or not. But the Dodgers have drawn huge money all season long, and did so in their first two playoff games too. I would imagine in any Dodgers situation, we’ll be on the higher end of the market favoring the Dodgers.”