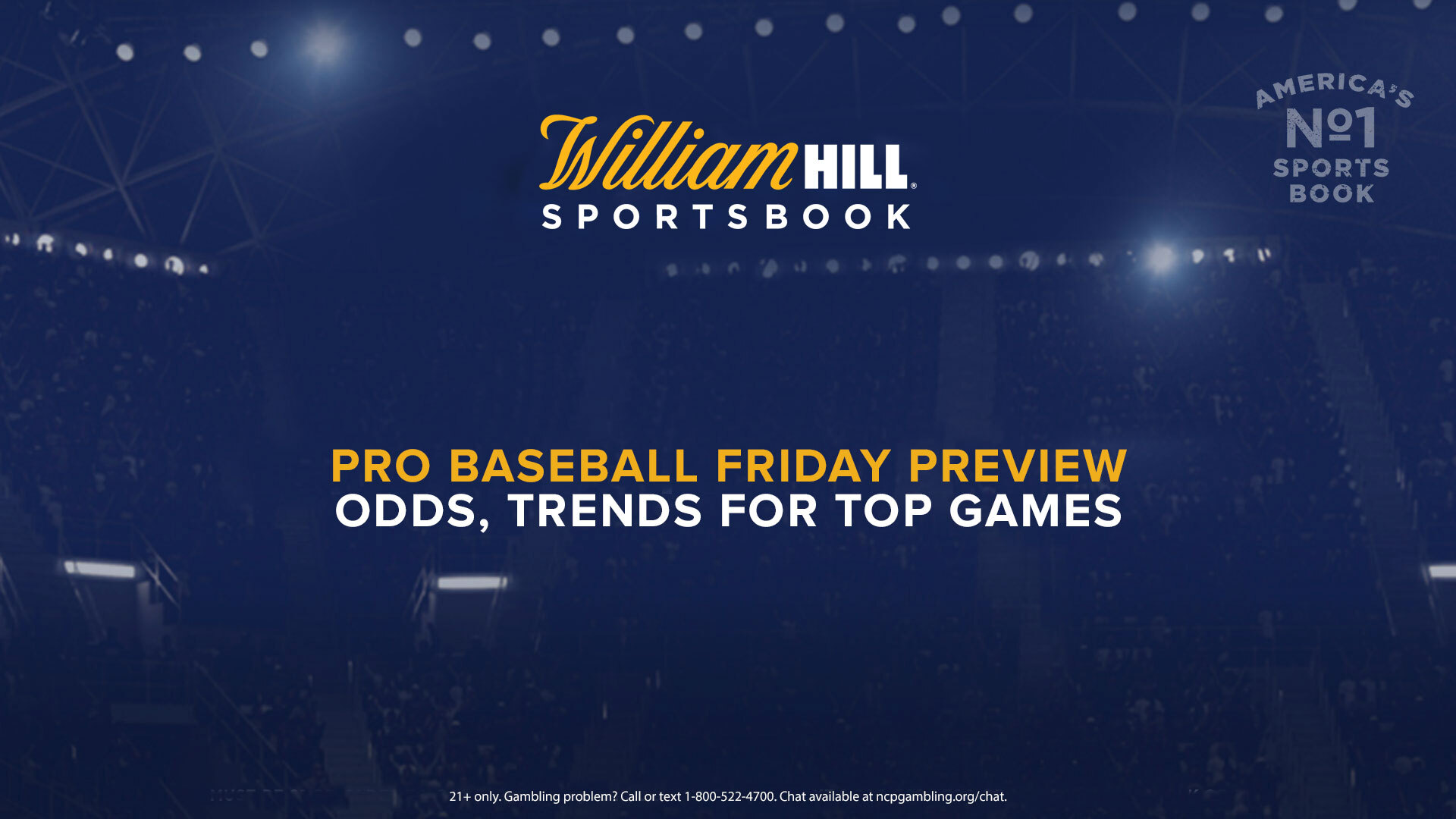 We have several interesting series on tap this weekend in MLB, starting with 15 games today and advantageous 10-cent lines available at William Hill. Let’s take a look at the betting action for the key games coming up tonight.

Before losing 7-4 to the Astros yesterday, the Yankees had won their previous five games. The Bronx Bombers look to get back on track at home against the Nationals at 7:05 p.m. ET/4:05 p.m. PT. Washington has lost three straight, and currently resides in the NL East basement.

Yet, the biggest favorite on the board is the first-place team in the NL Central. The Cardinals are -205 chalk over the Rockies (+185) with ace Jack Flaherty on the mound at 8:15 p.m. ET/5:15 p.m. PT. Flaherty is tied for the eighth-lowest odds for NL Cy Young at 20/1 with Nationals star Max Scherzer.

The massive road underdog is getting some love, as the Rockies have brought in 62% of the total dollars wagered on all moneyline bets vs. the Cardinals. St. Louis, however, has the advantage with 78% of the total number of tickets.

The big storyline for this one, though, is that this is Cardinals third baseman Nolan Arenado’s first game against his former team. Arenado had played eight seasons with Colorado before being traded to St. Louis this past offseason. Arenado is tied for the seventh-lowest odds for NL MVP at 20/1 with Dodgers shortstop Corey Seager.

The battle of Los Angeles features two of the coldest teams in baseball trying to end their skids at 9:38 p.m. ET/6:38 p.m. PT. The defending World Series champion Dodgers have lost three in a row and eight of their past 10, and have slipped to third place in the NL West. It’s been even uglier for the Angels, as they’ve been defeated in five straight and are now in last place in the AL West.

How about another underdog attracting interest from William Hill bettors? The Angels have drawn 56% of the total dollars wagered, while the Dodgers have snagged 78% of the total number of tickets.

The division-leading Giants are actually +132 home underdogs to the Padres (-142) and Blake Snell. Snell has gone 1-0 and posted a 3.51 ERA in his first six starts with the Padres after coming over from the Rays this past offseason. San Francisco has Anthony DeSclafani starting on the mound for this one.

The Giants have the edge in total number of tickets at 55%, yet the Padres have gotten 57% of the total dollars wagered for all moneyline bets in this NL West clash.

Check out William Hill’s odds for every MLB game today below.