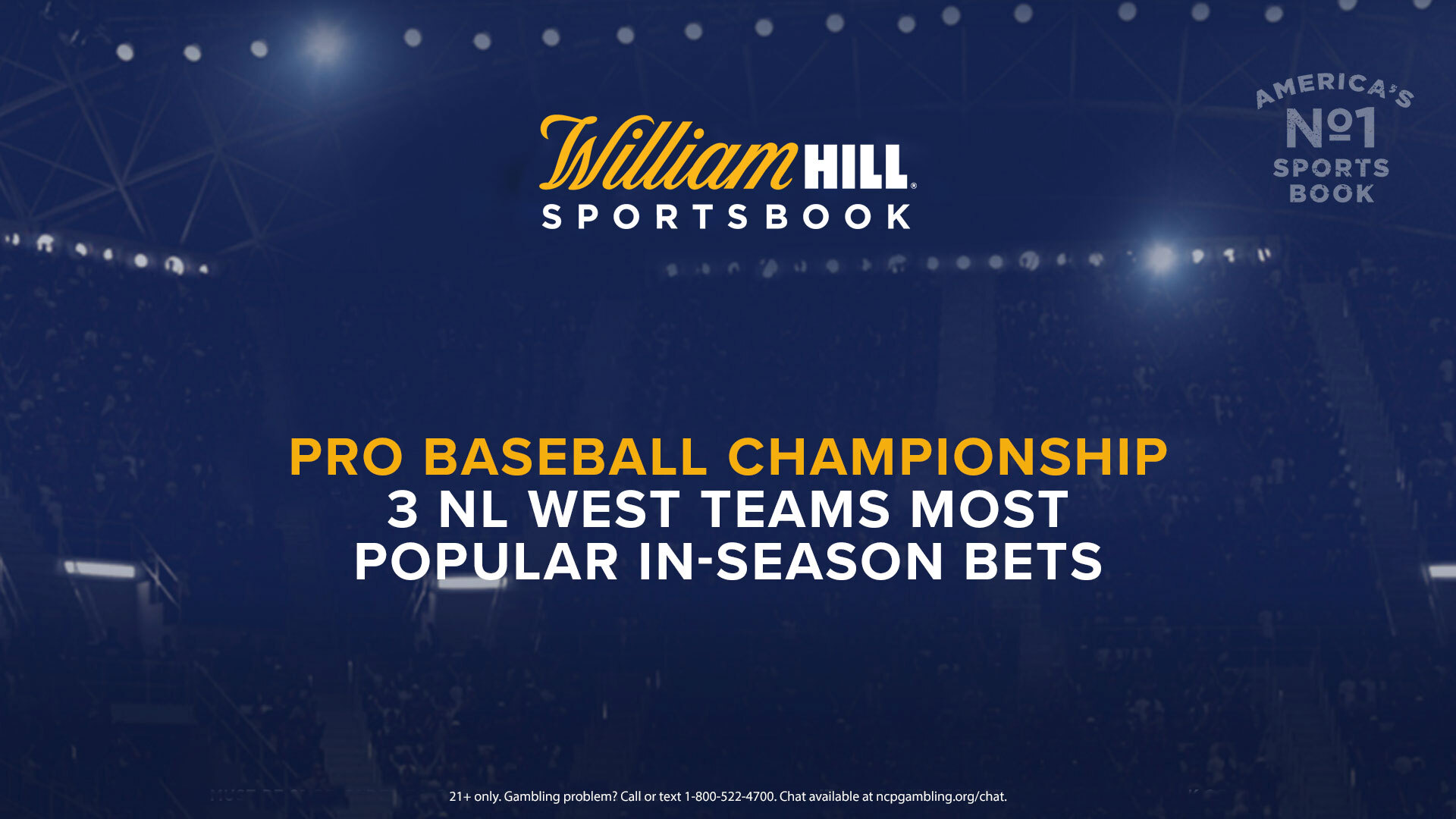 The Dodgers and Padres were anticipated to be two of the top World Series candidates heading into the season, as the Dodgers were the +200 favorites at William Hill Nevada on Opening Day and the Padres had the third-lowest odds at +650. But a third NL West team has emerged, and they’ve become one of the most popular World Series futures wagers at William Hill.

If the Giants were to win it all in October for the first time since 2014, it would be a big win for several William Hill customers.

“We have the most liability on the Giants by far,” said Nick Bogdanovich, Director of Trading for William Hill US. “They are one of the biggest liabilities we’ve had on any MLB team in any season. They weren’t expected to make the playoffs with two of the best teams in their division. But they’ve played so well and they opened at such a high number, the liability has just kept on adding up since they keep betting them and betting them.”

For total dollars wagered since Apr. 1, the trio of NL West contenders also make up the three top spots in this category. The Dodgers (11%) are barely edging out the Padres and Giants, who are at 10% apiece. The Yankees are in range at 7%, while the White Sox, Athletics (13/1) and Astros (17/1) are all at 6%.

Check out the latest odds and trends at William Hill for 2021 World Series futures below.