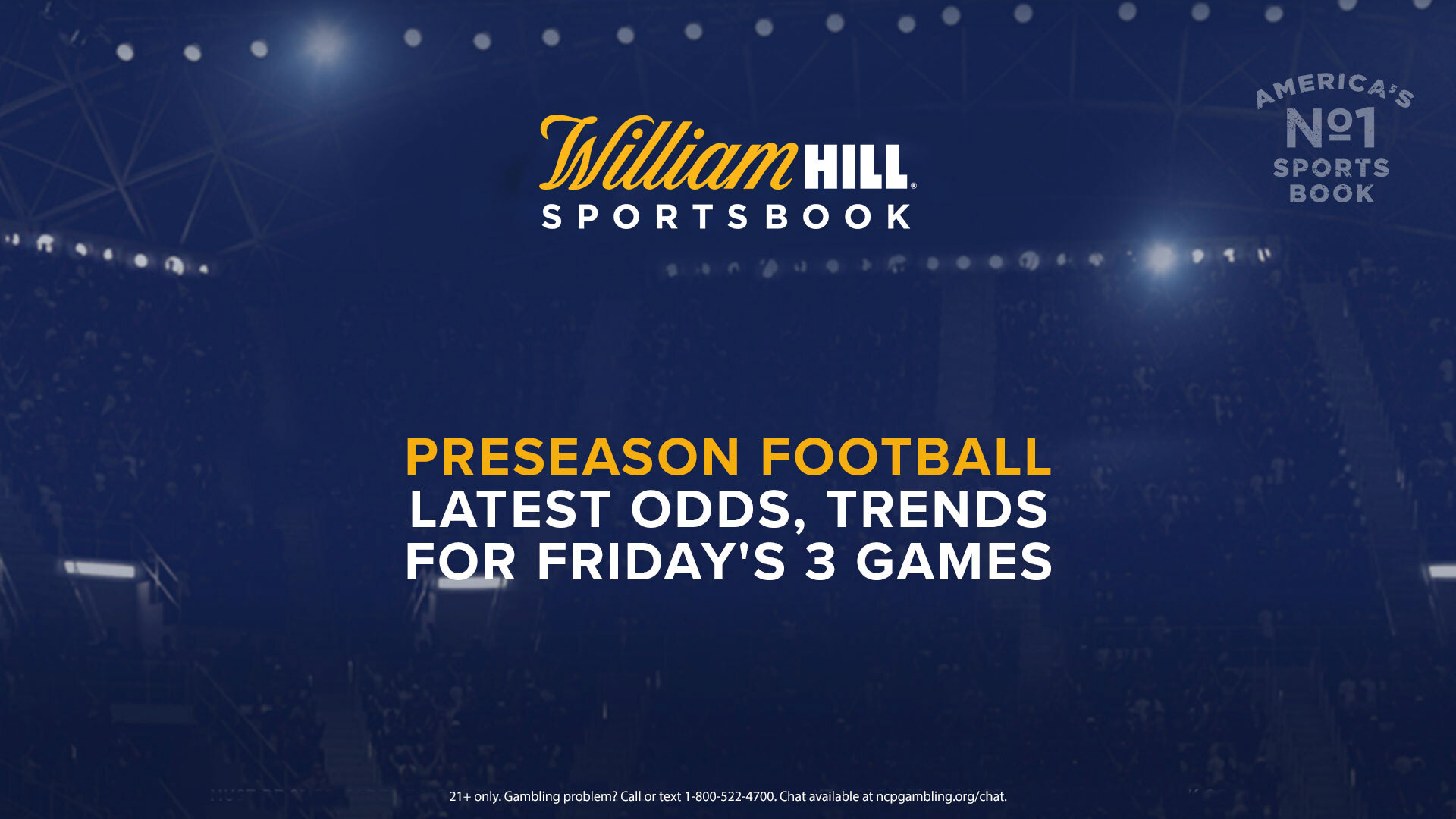 What’s better than getting two football games to bet on yesterday? Try three more NFL preseason contests today to start your weekend off on the right foot.

For tonight’s showdowns, we’ll see a couple head coaches on the sidelines for the first time with their new teams, including one going up against his former squad. A few top-10 picks from the 2021 NFL Draft will be making their debuts as well.

In both of the early games, the favorite has flipped at William Hill Nevada.

Let’s start in Atlanta, where Falcons head coach Arthur Smith squares off against the Titans, where he was the offensive coordinator the previous two seasons. Julio Jones makes his return to Atlanta, though it’s unclear if Tennessee’s monster offseason acquisition will play against his old team. For the Falcons, No. 4 pick and tight end Kyle Pitts will hope to make a strong first impression on the field.

After opening as a 1-point home underdog, the Falcons (-120 on the moneyline) are now -1 over the Titans (even-money odds). There hasn’t been any movement on the total, as it has stayed put at 38.

The other team playing tonight with a new head coach and top-10 draft selection isn’t getting the same love from William Hill bettors.

Even though the line has flipped from Bills -1 to Lions -1.5, the majority of bettors are siding with Buffalo (+105 ML) over Dan Campbell, Penei Sewell and Detroit (-125 ML).

The total has dropped half a point from 37 to 36.5, and the under leads the way in both total number of tickets (82%) and total dollars wagered (60%) for this clash.

Cowboys at Cardinals is the only preseason affair today in which the spread and total have each shifted by at least a point. Arizona (-145 ML) has been bet up from a -1 opener to -2 against Dallas (+125 ML), whereas the total has dropped a couple points from 40 to 38.

The under in this desert duel has been popular too, as it has swiped 85% of the total number of tickets and 70% of the total dollars wagered.

Check out William Hill’s latest odds and trends for every spread in today’s NFL preseason action below.