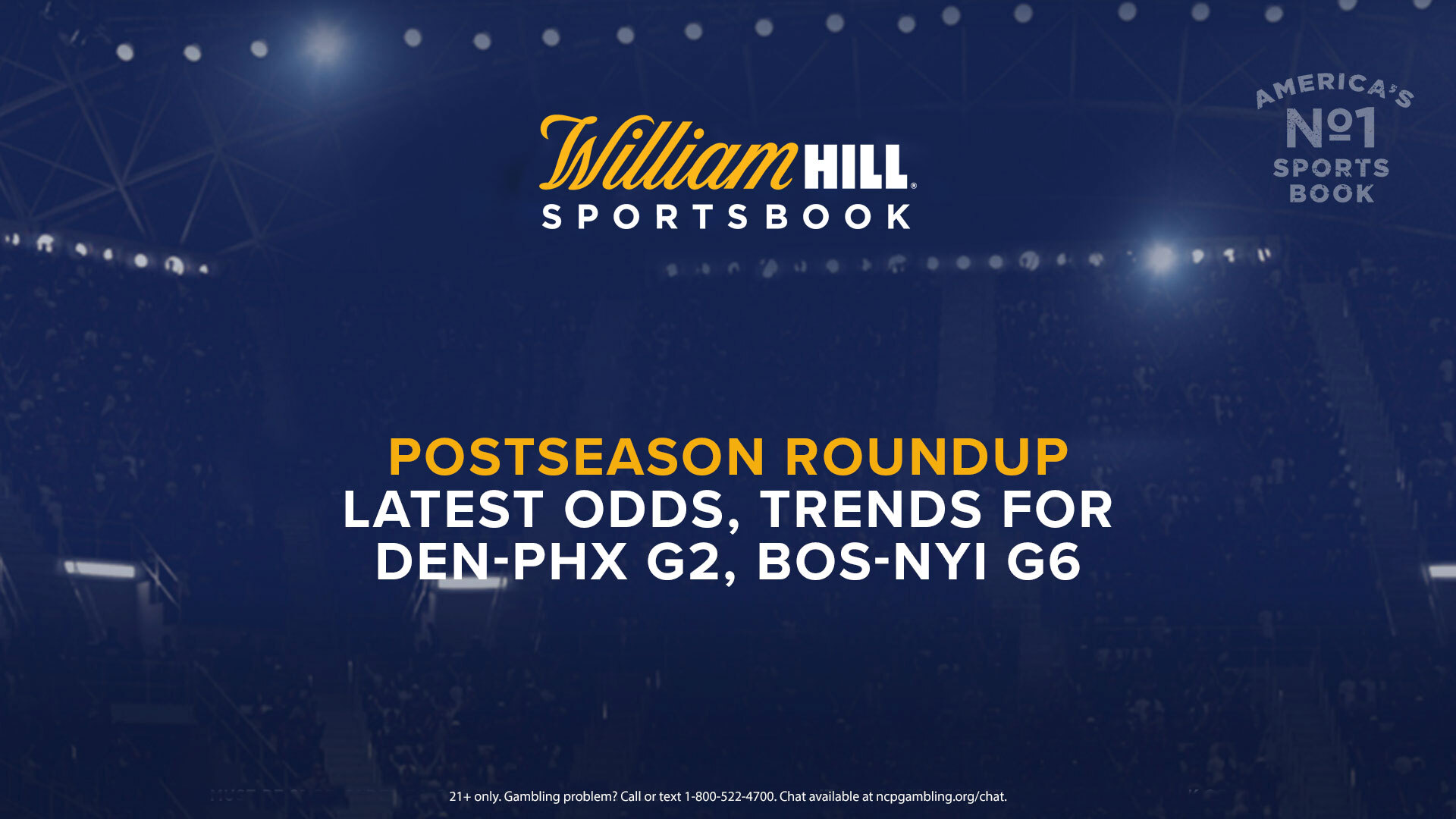 There’s only one game apiece in the NBA Playoffs and Stanley Cup Playoffs tonight before ramping back up again for the remainder of the week. So here’s a look at each contest in this postseason roundup.

“The handles for all four Game 1s were pretty close,” said Nick Bogdanovich, Director of Trading for William Hill US. “Brooklyn-Milwaukee was a touch more, but the other three were comparable. For this Game 2, we’re a little high on the Suns right now, but I think if the line gets higher again that the sharps will be on the Nuggets for sure.”

The total has been more lopsided, as the over has brought in 83% of the total number of tickets and 95% of the total dollars wagered.

Moving on to the ice, the Islanders are looking to become the third team to advance to the Stanley Cup Semifinals. If the Islanders can knock off the Bruins at home in Game 6 at 7:30 p.m. ET/4:30 p.m. PT, New York will join the Canadiens and the Lightning at the next stage.

Yet, even though the Bruins find themselves on the road and on the wrong end of a 3-2 series, Boston is still the Game 6 favorite. The Bruins are priced at -135, with the Islanders displayed as a +115 underdog. Meanwhile, the total currently resides at 5 (over -135/under +115).

“We’re dead even to this game so far,” Bogdanovich said. “I’m not surprised with the two-way action, these two teams were even all year. For the total, we’ve gotten some under money so we went from 5.5 to 5.”

William Hill bettors are divided on this showdown as of now. The Islanders have the advantage with 60% of the total number of tickets for all moneyline bets, whereas the Bruins have the edge in total dollars wagered at 58%.

Check out William Hill’s latest odds and trends for Nuggets vs. Suns Game 2 and Bruins vs. Islanders Game 6 below.