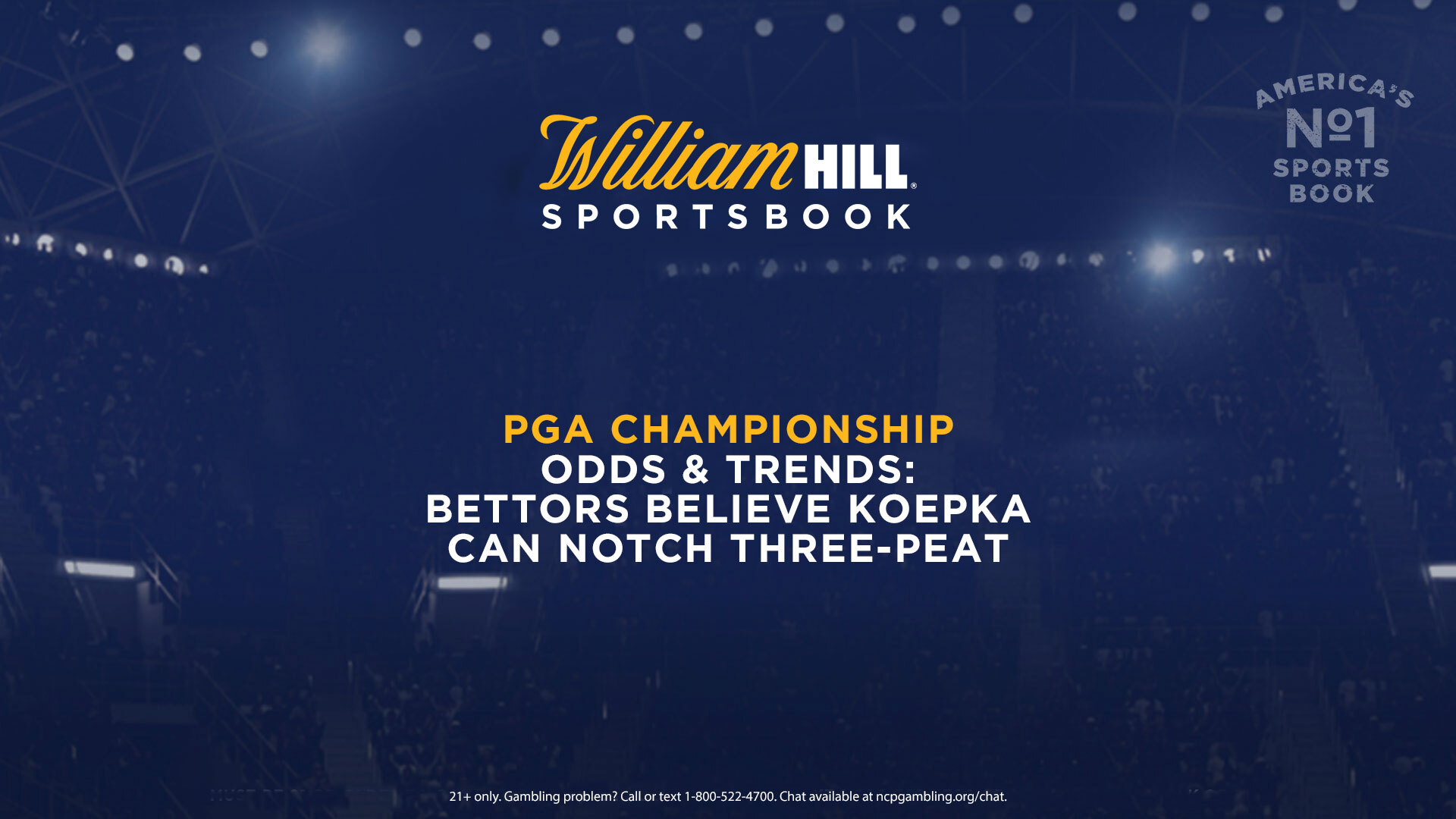 The first golf major of the year tees off tomorrow at TPC Harding Park in San Francisco, California, and there are several intriguing storylines for the 2020 PGA Championship.

Many William Hill bettors believe that history will be made on the green this weekend.

Brooks Koepka, the 10/1 co-favorite to win the 2020 PGA Championship at William Hill, also leads all golfers in both total number of tickets (6%) and total dollars wagered (11%). Koepka is aiming for a three-peat for this major, as he could become the second golfer ever to win the PGA Championship three times in a row along with Walter Hagen.

Koepka has also drawn the largest 2020 PGA Championship wager as of now at William Hill. One New Jersey bettor laid $4,000 on Koepka -110 in a tournament head-to-head matchup against Rory McIlroy for a total potential payout of $7,636.

Woods is also attempting to have his name written in the history books this week, as a victory this time around would tie him for the most PGA Championship wins ever with Hagen and Jack Nicklaus at five apiece. One Nevada bettor is really banking on Woods finishing in first at the PGA Championship for the first time since 2007, putting $1,000 on him at 20/1 for a total potential payout of $21,000.

Behind Koepka and Thomas in that department are Schauffele, Woods and Rickie Fowler (30/1), who all have captured 5% of the total dollars wagered. Another New Jersey bettor put down $2,000 on Fowler back when he was priced at 40/1 for a total potential payout of $82,000, the largest total potential payout currently at William Hill for this event.

There have also been a couple of big long shots generating notable action. Bubba Watson’s odds have shifted from 125/1 to his current number of 80/1, and he’s attracted a $750 wager at 100/1 for a total potential payout of $75,750. A golfer who has really shot up the odds board has been Chez Reavie, going from 225/1 to 90/1. Reavie has received 2% of the total number of tickets and 1% of the total dollars wagered.

Check out William Hill’s latest trends for the 2020 PGA Championship as well as the 40 golfers with the lowest odds to win the major below.