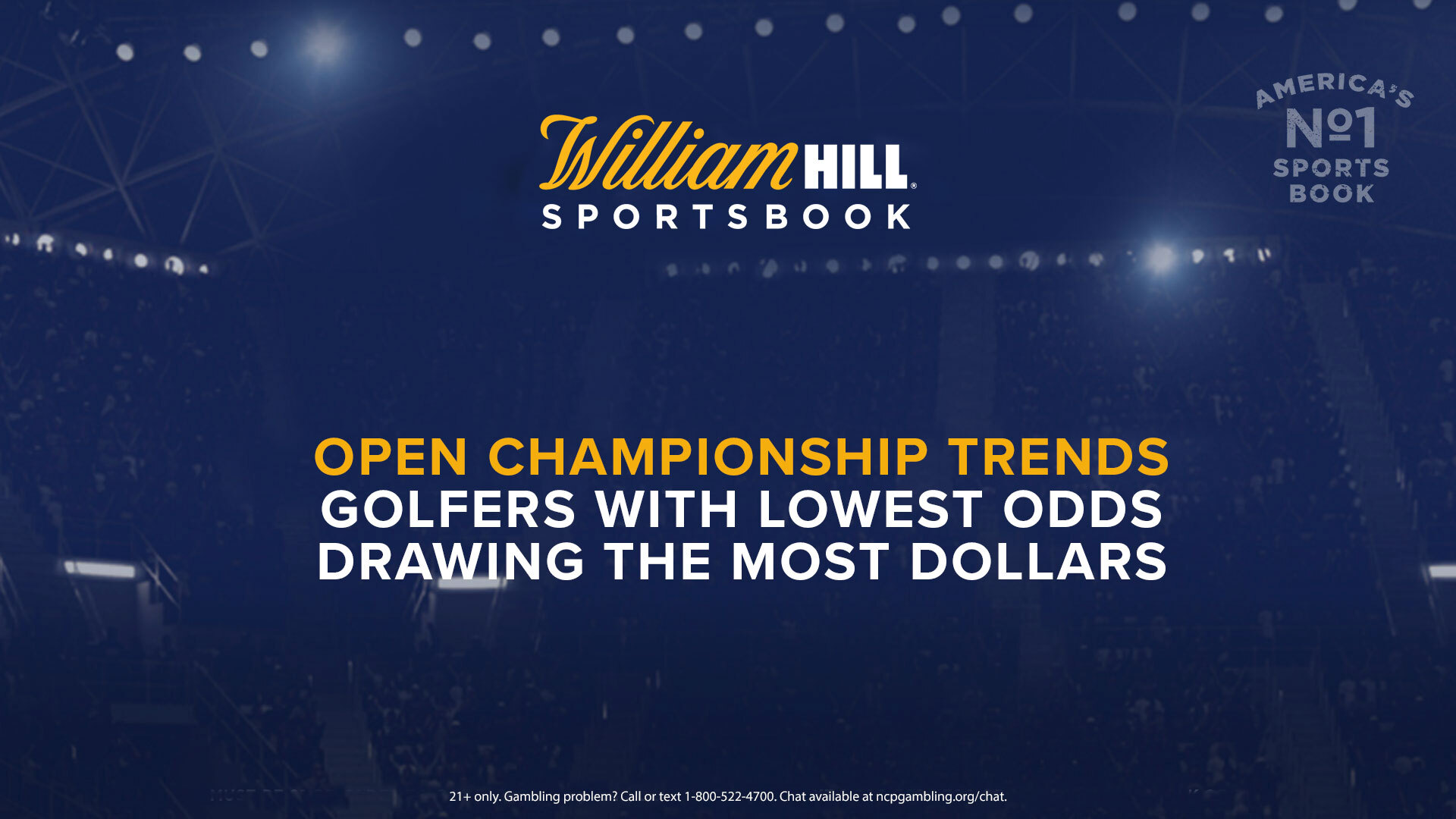 Who will emerge from a loaded group and etch their name in the history books for this week’s major?

Yet, even with several of the top golfers in the world competing at Royal St. George’s Golf Course in England, many William Hill bettors have their attention on the two players with the lowest odds.

Jon Rahm is atop the board at 9/1 to win the 2021 Open Championship, followed by Brooks Koepka at 14/1. That’s the same order for total dollars wagered to finish in first at this event, with Rahm leading the way at 7% and Koepka close behind at 6%.

“Rahm has earned these odds,” said Nick Bogdanovich, Director of Trading for William Hill US. “I guess 9/1 to 14/1 is bigger than the gap usually is, but it’s nothing too crazy. His last two performances have been outstanding. Then with Koepka, he’s played so well in the majors that it’s hard to discount him. And he seems healthier than he’s been in a while.”

Oosthuizen also has drawn 5% of the total number of tickets, which is tops at William Hill. Rahm, Koepka, Schauffele and Spieth are also right behind at 4%.

“I just keep pushing them up to see if anyone will take them at some price,” Bogdanovich said. “Those are the two that bettors have been ignoring. Current form is such a big handicap in golf, and neither one is in real good form. That doesn’t mean that they won’t find it this week, but one week they eventually will. So current form is holding those two down.”

“This is the type of course where we’ve seen a Ben Curtis or Darren Clarke come out of nowhere, just monster flyers,” Bogdanovich said. “With all the quirkiness and how fast weather can change, if you end up in an ideal spot then you’re in a good position to win. I don’t blame anyone for taking bombers in this one.”

Check out William Hill’s latest trends for the 2021 Open Championship below.