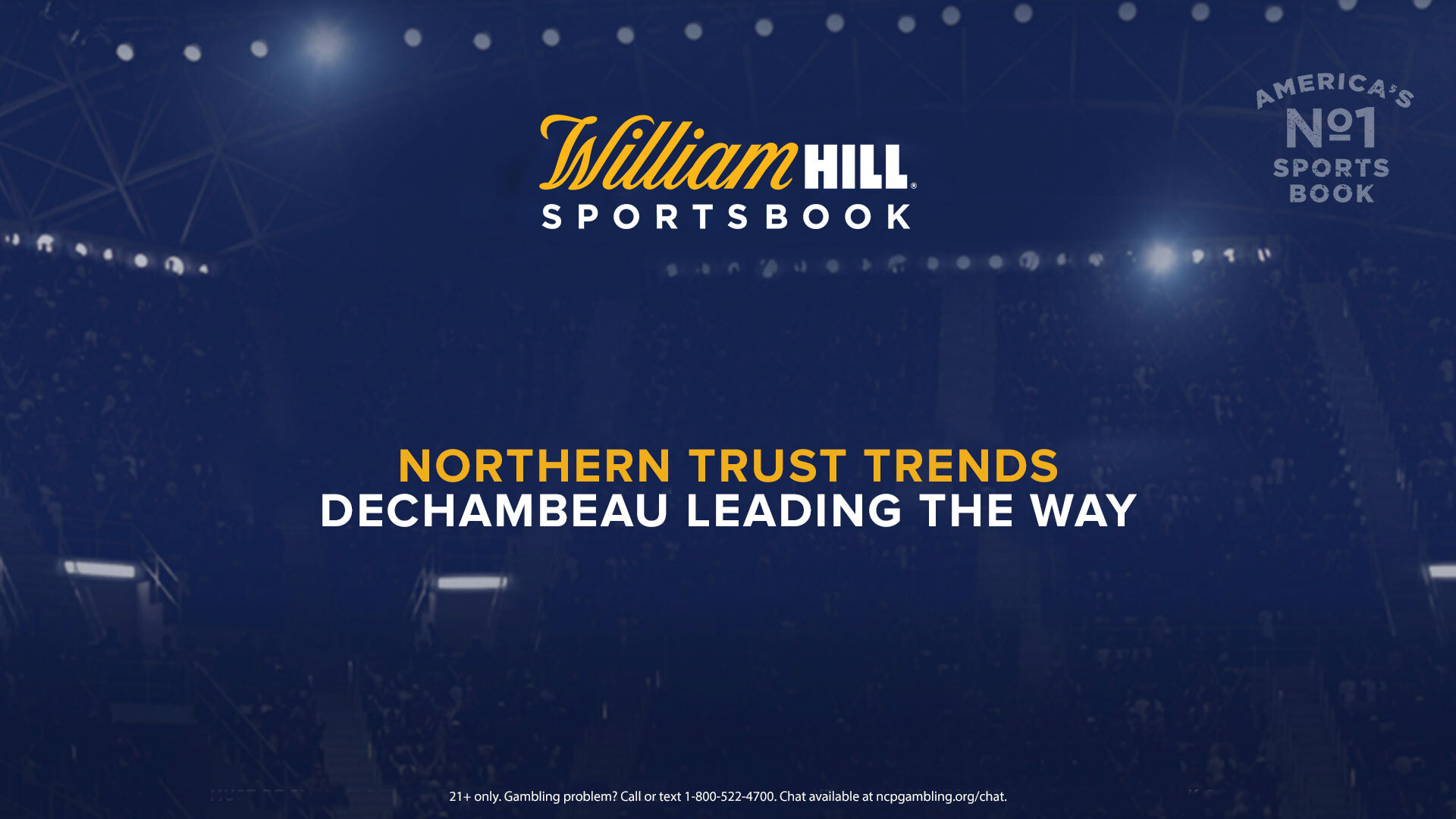 The stakes are high in Boston this week, as a field of 123 of the highest-ranked PGA Tour players will be competing at the 2020 Northern Trust. The first tournament of the three-part FedEx Cup playoffs begins tomorrow, with a $15 million prize awaiting the future FedEx Cup champion.

Justin Thomas and Bryson DeChambeau opened as 12/1 co-favorites for the Northern Trust, however DeChambeau now stands alone at 10/1. Thomas has stayed put at 12/1, with Rory McIlroy and Jon Rahm next at 15/1 each.

No one can match DeChambeau, though, when it comes to the action he’s been drawing to win the 2020 Northern Trust.

“DeChambeau is leading in tickets and money,” said Nick Bogdanovich, Director of Trading for William Hill US. “TPC Boston favors power, and DeChambeau has won there before. Any time a course isn’t super narrow fairways with high rough, I think it always favors golfers who hit it far.”

For total dollars wagered, DeChambeau has a more sizable lead. He’s generated 11% of that category, with Finau next at 7% along with Reed and Berger at 6% apiece.

Yet Woods hasn’t been generating the same attention from William Hill bettors. Bogdanovich said Woods winning would be a “break-even” for William Hill, whereas he’s usually “a good-sized loser for us.” Woods has captured 3% of the total number of tickets and 4% of the total dollars wagered.

Check out William Hill’s latest trends for the 2020 Northern Trust below.