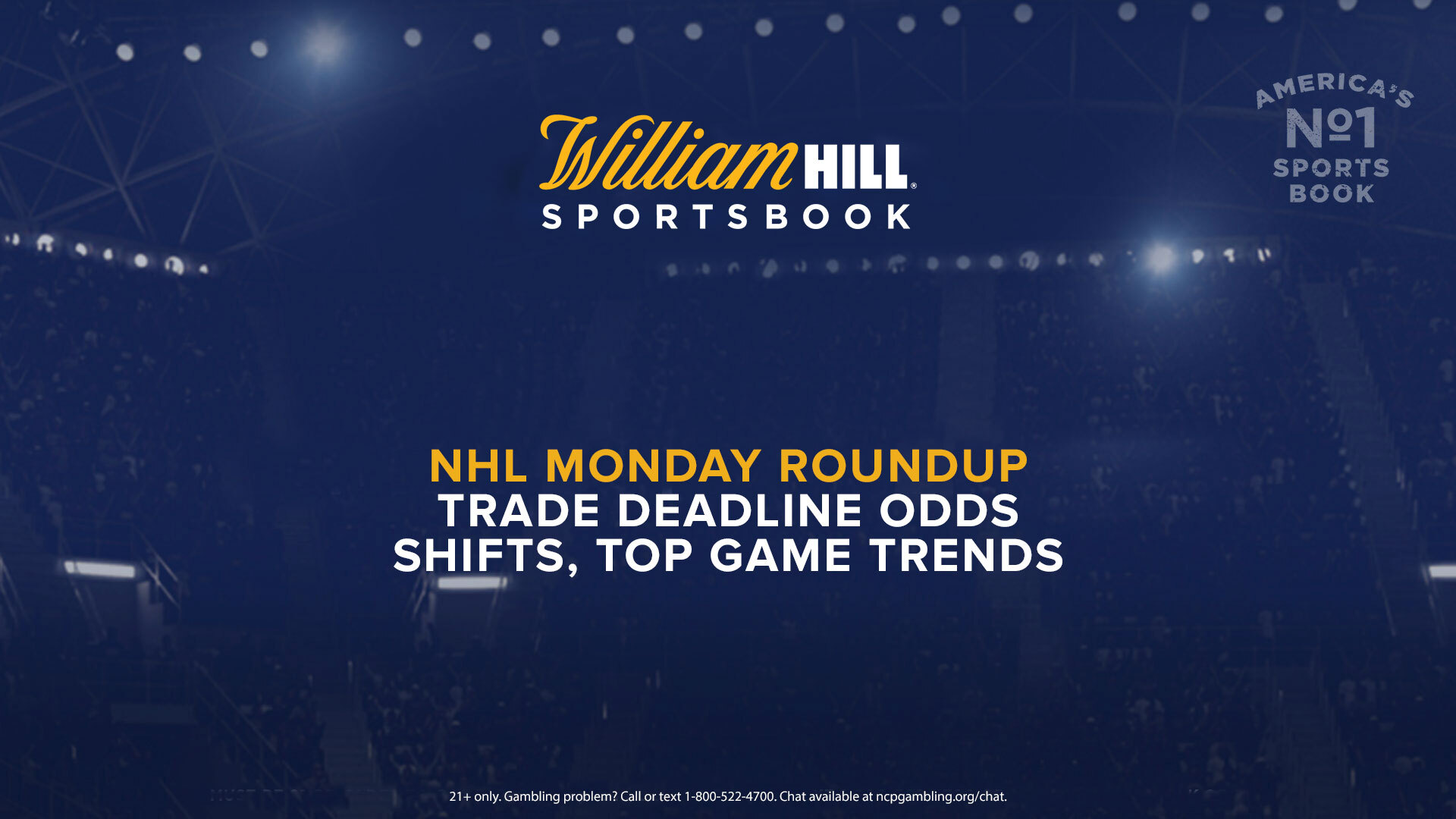 The NHL trade deadline has passed, but not before several top contenders improved their rosters and Stanley Cup futures odds at William Hill Nevada.

The Avalanche joined the Golden Knights as +450 co-favorites on Apr. 11, which is when Colorado acquired veteran goaltender Devan Dubnyk. The Avalanche also bolstered their attack by trading for forward Carl Soderberg today.

Another team with a slight odds shift near the top of the board is the Maple Leafs. Toronto was listed at +700 before adding forward Nick Foligno from the Blue Jackets. After landing the former Columbus captain, the Maple Leafs are now tied for the third-lowest odds at +650 with the defending champion Lightning.

Two East Division foes saw their odds improve too after making splashy moves. The Islanders and Bruins were both recently residing at 18/1 before their acquisitions.

Last week, the Islanders snagged Kyle Palmieri and Travis Zajac from the Devils and also drew a $2,000 Stanley Cup futures wager on them at 18/1 for a total potential payout of $38,000. Now New York is at 15/1, which is tied eighth-lowest odds with the Penguins.

The Bruins made their push by obtaining former Hart Trophy (MVP) winner Taylor Hall from the Sabres late last night. While Hall has struggled scoring so far this campaign, Boston’s Stanley Cup odds were lowered to 14/1. The Bruins are currently tied for the fifth-lowest Stanley Cup odds, as the Hurricanes and Capitals are also perched there.

Some of the NHL’s best teams are in action tonight as well.

William Hill bettors are split on who will come out on top in this affair. The Maple Leafs have attracted 90% of the total number of tickets among all moneyline bets in this game, yet it’s the Canadiens who have the edge in total dollars wagered at 65%. One William Hill Nevada bettor put down $2,000 on Canadiens +120 for a total potential payout of $4,400.

The vast majority of William Hill bettors are rolling with the heavy chalk here. The Avalanche are capturing 91% of the total number of tickets and 95% of the total dollars wagered among all moneyline bets against the Coyotes.

The Golden Knights will try to win their third contest in a row at 10 p.m. ET/7 p.m. PT, as they travel to Los Angeles to face the Kings. Vegas was originally priced at -190 on the road before dropping to its current number of -180, whereas Los Angeles is at +160.

This is another showdown where William Hill bettors are strongly backing the favorite. The Golden Knights have brought in 92% of the total number of tickets and 74% of the total dollars wagered among all moneyline bets against the Kings.

Check out William Hill’s current odds for every NHL game tonight below.