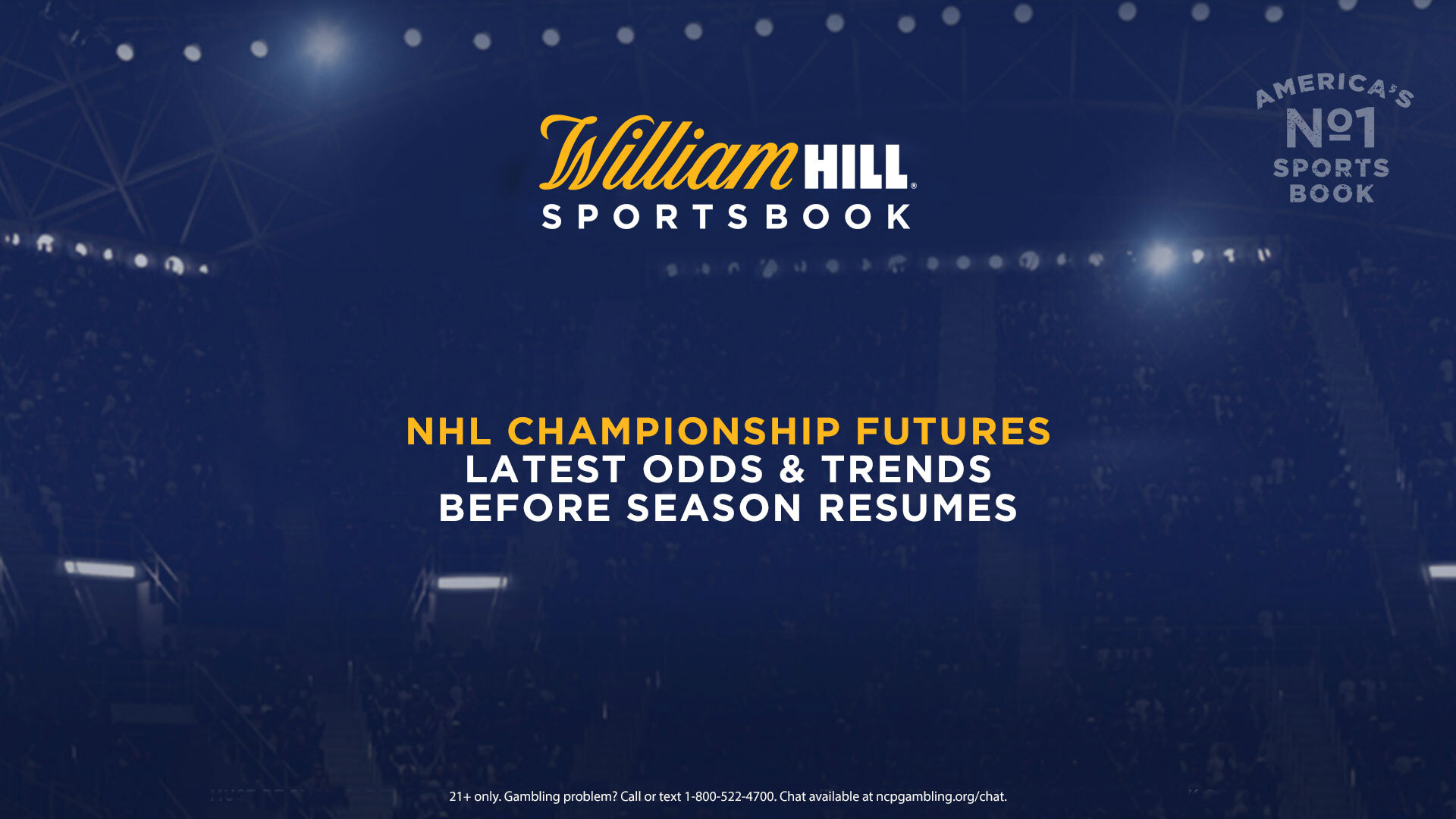 The NHL season is back tomorrow, with 24 teams still alive in the quest for the Stanley Cup®.

Before the players return to the ice in Toronto and Edmonton, let’s look at William Hill’s latest odds and trends for 2019-20 Stanley Cup futures.

There were two co-favorites with 11/2 odds when William Hill re-released this futures market in late May: the Bruins and Golden Knights. Boston and Vegas have stayed in the pole position at the same number, followed by the Lightning at 6/1 and the Avalanche at 7/1.

The defending Stanley Cup champion Blues are tied for the fifth-lowest odds at 8/1 with the Capitals, who won it all two years ago.

Yet, the team who has seen its odds improve the most over the past two months hasn’t lifted Lord Stanley in over 50 years. After re-opening at 22/1, the Maple Leafs’ price has dropped all the way down to 12/1, which is tied with the Stars for the eighth-lowest odds.

The Capitals, though, do rank first in total dollars wagered at 12%, just edging the Golden Knights at 11%. That includes one New Jersey bettor who placed $20,000 on Washington 9/1 for a total potential payout of $200,000, the largest one as of now at William Hill.

Three teams have generated 8% of the total dollars wagered: the Lightning, Maple Leafs and Avalanche. Toronto has also attracted a noteworthy futures wager, as a Nevada bettor put down $5,000 on Maple Leafs 18/1 for a total potential payout of $95,000.

Check out William Hill’s latest odds and trends for 2019-20 Stanley Cup futures, which are available to bet in Nevada, New Jersey and Iowa.