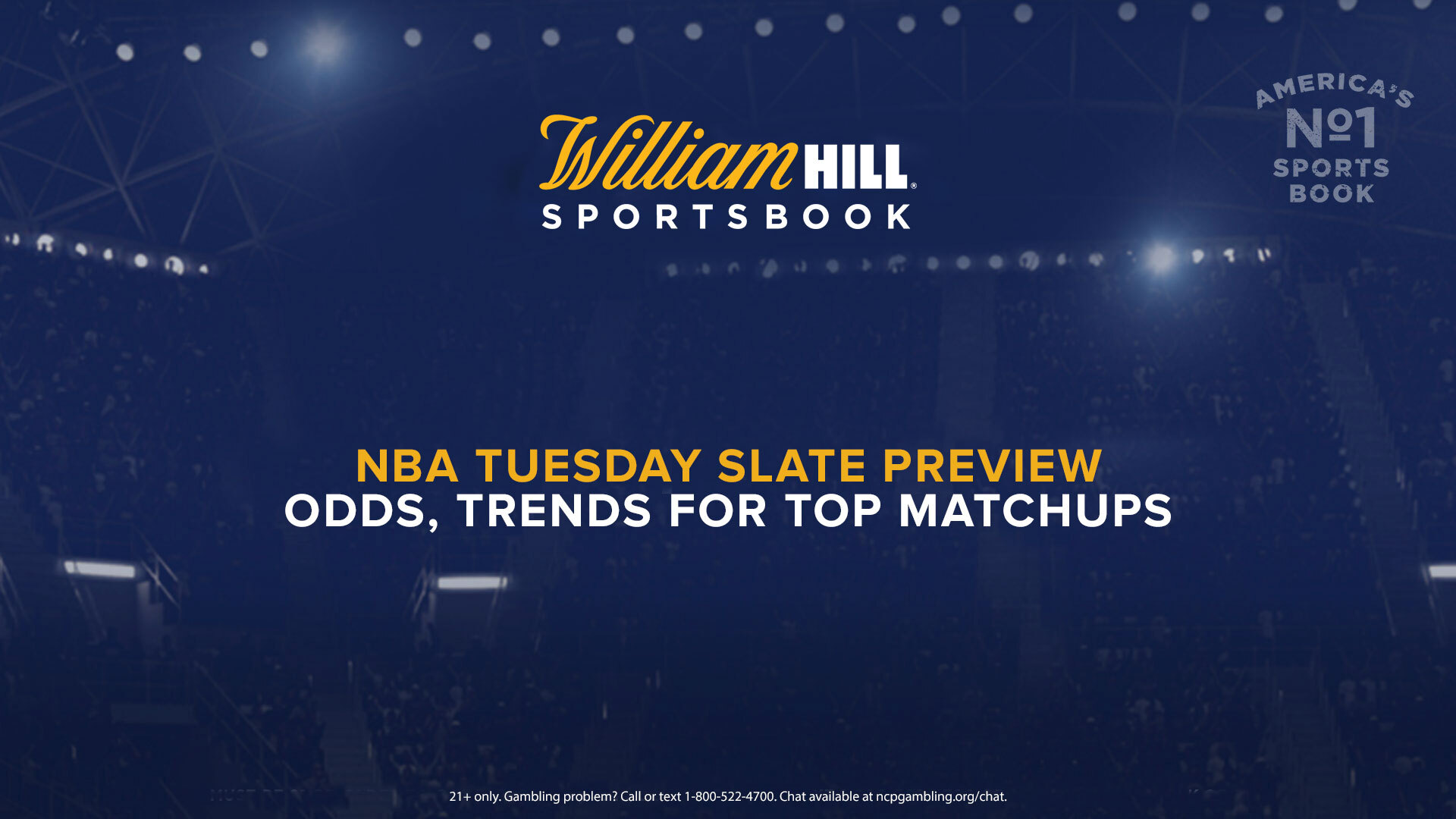 The first leg of tonight’s TNT doubleheader is a battle between the Heat and Celtics in Boston. The sixth-place Heat are two games ahead of the seventh-place Celtics. Miami has surged recently with an 8-3 record in its past 10 games, including a 130-124 victory over Boston on Sunday.

Later on TNT, the Knicks travel across the country to face the Lakers in Los Angeles at 10 p.m. ET/7 p.m. PT. Both teams have compiled a 38-30 record, though the Lakers are +400 to win the title at William Hill Nevada and the Knicks are 75/1. The seventh-place Lakers are now 1.5 games behind the sixth-place Blazers after losing eight of their past 11 games.

The Lakers were 5.5-point favorites before the news that LeBron James would not return tonight and will miss his fifth straight game while dealing with a sore ankle. Los Angeles was first brought down to -4 and is now -3 (-150 ML) against New York (+130 ML), with the total at 211.5.

One spot below the Lakers in the Western Conference are the Warriors. Golden State is fending off the Grizzlies for the No. 8 seed by half a game. The Warriors picked up a massive win last night at home over the No. 1 seed Jazz, and now get to host the No. 2 seed Suns tonight at 10 p.m. ET/7 p.m. PT.

William Hill bettors are divided on which team will cover the spread. The Warriors have the edge with 53% of the total number of tickets, however the Suns have received 75% of the total dollars wagered.

Check out William Hill’s odds for all 11 NBA games tonight below.