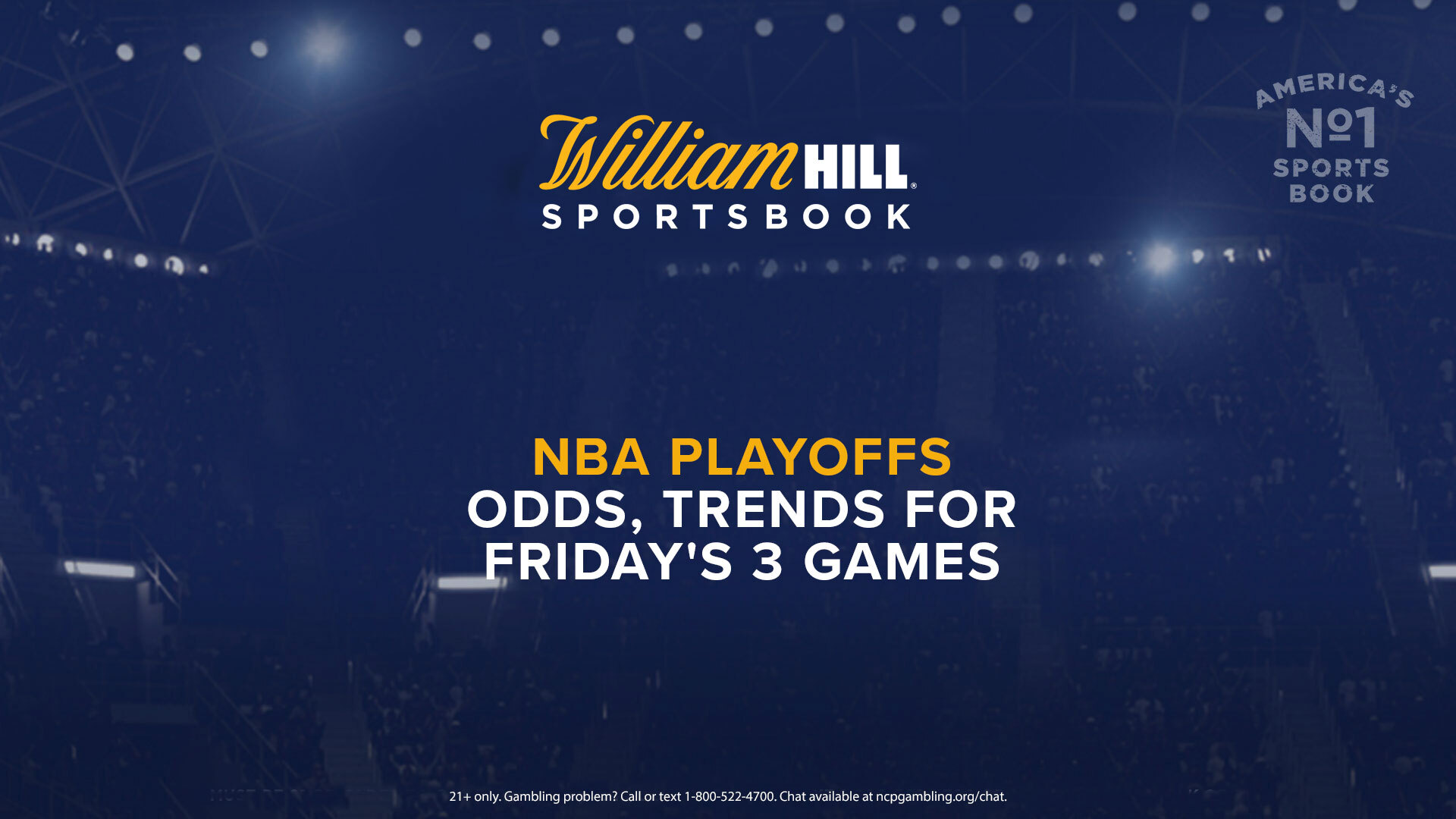 Three more critical Game 3s are on tap tonight for the NBA playoffs, with intriguing storylines in each.

One Eastern Conference series is looking to break a series tie, while another has one of the most lopsided betting splits on one team so far this postseason. Meanwhile in the Western Conference, a team that dropped its first two home games is now a road favorite in Game 3.

After splitting the first two games at Madison Square Garden, the Knicks and Hawks will battle in Atlanta at 7 p.m. ET/4 p.m. PT on ESPN. The Hawks (-200 on the moneyline) are 4.5-point favorites over the Knicks (+175 ML) with the total at 211. The spread briefly went down to 4 after opening at 4.5 before coming back up again, while Atlanta’s ML price was first listed at -180.

“Every [Knicks vs. Hawks] game has been bet big,” said Nick Bogdanovich, Director of Trading for William Hill US. “We lost six figures on Game 2, that was one of the bigger decisions we’ll have in an NBA game. People definitely gravitated toward the Knicks in a must-win game at a cheap price. The handle on these NBA games are incredible, they’re NFL decisions. It’s stupid how much money the Lakers are drawing. There’s no doubt the Lakers-Suns handles have been the equivalent of an NFL playoff game. The matchups have been really good, these are very competitive series.”

Where William Hill bettors are more aligned for this game is the total. The over is drawing 66% of the total number of tickets and 55% of the total dollars wagered.

The Nets took the first two contests in Brooklyn, however now the Celtics will try to turn around the series in front of their home fans at 8:30 p.m. ET/5:30 p.m. PT on ABC. The Nets, who are the +180 favorites to win the NBA championship at William Hill Nevada, are also the biggest favorites on the board tonight. Brooklyn (-360 ML) is 8-point road chalk over Boston (+300) and the total resides at 227.

“We’ll need Boston huge,” Bogdanovich said. “Every moneyline parlay is on the Nets, straight bets are high too. This opened at 7, and if early returns are any indication, this line will go to 9. We need the Celtics to show up for sure.”

The betting action has been divided on the total, however, with the over snagging 68% of the total number of ticket and the under seizing 54% of the total dollars wagered.

The most surprising series thus far has been Clippers vs. Mavericks, with the road team triumphing in the Games 1 and 2 in Los Angeles. The Clippers begin their uphill climb in Dallas at 9:30 p.m. ET/6:30 p.m. PT on ESPN. Even up 2-0, the Mavericks (+135 ML) find themselves as 3-point home underdogs to the Clippers (-155 ML). In fact, it was bet up to 3 after opening at Clippers -1.5.

“Straight bets and parlays we’re high on the Clippers,” Bogdanovich said. “We’ll probably need Dallas, but if Dallas money showed up late it wouldn’t surprise me. Here’s a team that just won the first two games and now you’re getting points at home, some of the public will find that intriguing. But there’s also some of the public that will always blindly bet must-win games for the teams. Who knows, though, maybe in this crazy year the Clippers aren’t supposed to be the favorites here? Maybe the Mavericks at this point are just a better team and the Clippers aren’t as good as advertised.”

Check out William Hill’s latest odds and trends below for every spread in tonight’s Game 3 showdowns in the NBA Playoffs.