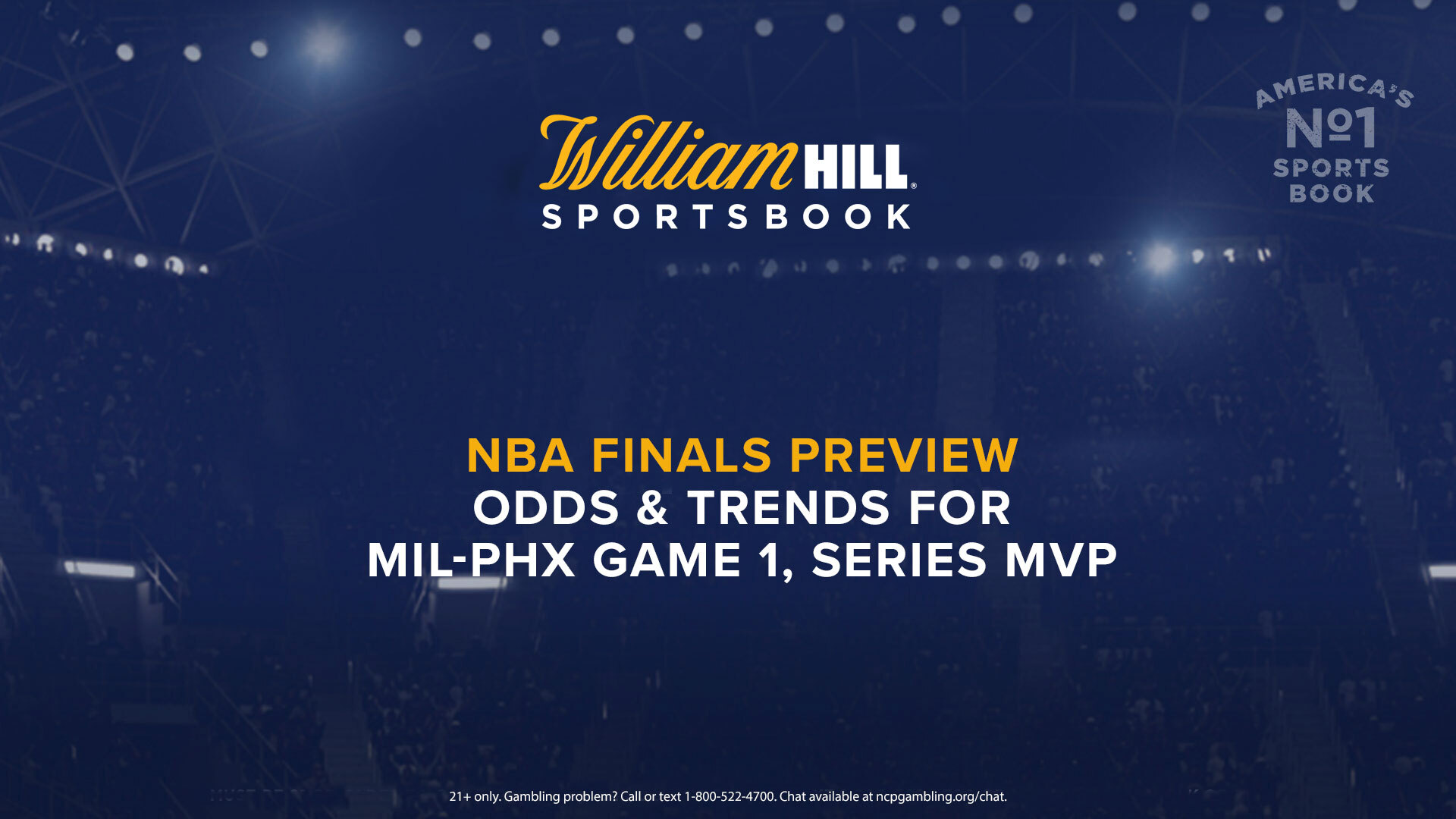 There isn’t a lot of NBA Finals history for either the Suns or the Bucks, but one team will end up in the history books after this series is decided.

Milwaukee’s sole NBA championship came in 1971, whereas Phoenix hasn’t won it all in the franchise’s 53-year existence. Additionally, this is the first NBA Finals since 1977 where no player on either team has previously won a championship before.

Ahead of tonight’s Game 1 tip at 9 p.m. ET/6 p.m. PT on ESPN, all eyes are on Giannis Antetokounmpo. The Greek Freak is listed at questionable missing the last two games of the Eastern Conference Finals against the Hawks with a hyperextended left knee he suffered in Game 4.

“We’re high on the Suns right now, which isn’t a surprise,” said Nick Bogdanovich, Director of Trading for William Hill US. “Phoenix has been the darling this whole playoff run. I think we’ll end up needing Milwaukee in most situations, whether it’d be game-to-game, series and we definitely need them for title futures. We’re probably going to be Bucks fans for the majority of the series.”

Meanwhile, the Game 1 total has experienced a 2-point shift and received plenty of attention from William Hill bettors as well.

“There’s been a lot of money on the over,” Bogdanovich said. “We opened at 217 and it’s up to 219. They might be figuring that Game 1 is played a little looser than most as the series gets deeper. So we’re definitely going to end up needing the under there.”

William Hill also has NBA Finals MVP odds available, with Suns point guard Chris Paul atop the board at +160. His teammate Devin Booker is next at +250, followed by a trio of Bucks: Antetokounmpo (+400), Khris Middleton (+500) and Jrue Holiday (12/1).

“Paul’s got the most money and tickets, followed by Booker,” Bogdanovich said. “I think [Deandre] Ayton at 16/1 and Holiday at 12/1 are the live ones in the group, those are the two most capable of big series of the longshots. They’ve been betting Brook Lopez though, he’s our biggest liability. Maybe it’s because he had that one monster game without Giannis [against the Hawks] that gives people some hope that he can cash at that big price.”

Paul has generated 23% of the total number of tickets and 45% of the total dollars wagered, leading the way in both categories. The biggest potential total payout on an NBA Finals MVP wager comes from a Nevada bettor who staked $500 on Lopez at 100/1 to potentially win $50,000. Lopez is now down to 75/1 to take the award home.

Check out William Hill’s latest odds and trends for tonight’s Game 1 of the NBA Finals between the Bucks and Suns below.