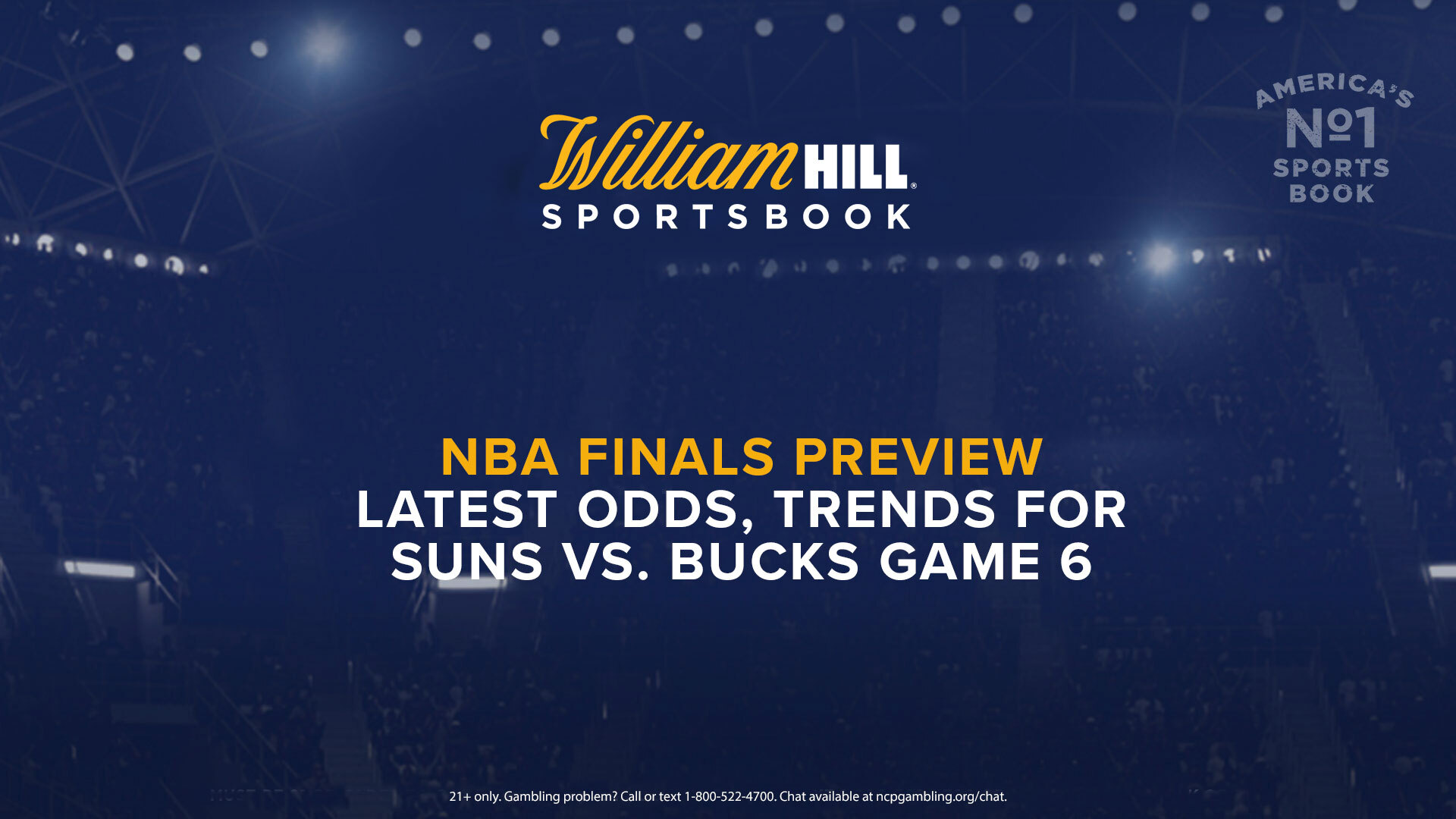 Will the Bucks win their first championship in 50 years? Or will the Suns force a Game 7 in their quest for their first-ever title? Well, let’s see what William Hill bettors think.

The Bucks picked up a crucial Game 5 victory in Phoenix, and now they hold a 3-2 series edge ahead of Game 6 of the NBA Finals. Milwaukee has a chance to win it all at home, with tip set for 9 p.m. ET/6 p.m. PT on ABC.

“We haven’t moved much,” said Nick Bogdanovich, Director of Trading for William Hill US. “The spread and moneylines have been like rocks at those numbers. Usually you see some movement, it’s nice when you don’t have to get on and off a number. Because they land every now and then.”

Even with the Suns dropping three games in a row for just the second time all season, many William Hill bettors haven’t been afraid to take Phoenix on the road.

“We’re high on the Suns, I’m a little surprised that they’re taking the dog here,” Bogdanovich said. “I guess they feel it’s been a very close series, and that Phoenix will find a way to keep this game close too even with Milwaukee having all the momentum. A few of those games could have gone either way, so they’re biting on the plus money with Phoenix.”

The total has experienced a drop of a full point from its opening number, falling from 223 to 222. Yet, it’s the over that has received the majority of the action.

Many William Hill bettors will be hoping to cash their Bucks championship futures wagers tonight. The biggest William Hill wager on the Bucks winning the title came in the form of a series future when Milwaukee was down 1-0 in the NBA Finals. A Nevada bettor staked $100,000 on Bucks +250 for a total potential payout of $350,000.

Additionally, one New Jersey bettor has a two-leg championship parlay, putting $500 down back in early June on Lightning +400 to win the Stanley Cup and Bucks +550 to win the NBA title. If Milwaukee wins either tonight or Thursday if this series reaches Game 7, the total payout would be $16,250.

Check out William Hill’s latest odds and trends for Game 6 of the NBA Finals between the Suns and Bucks below.