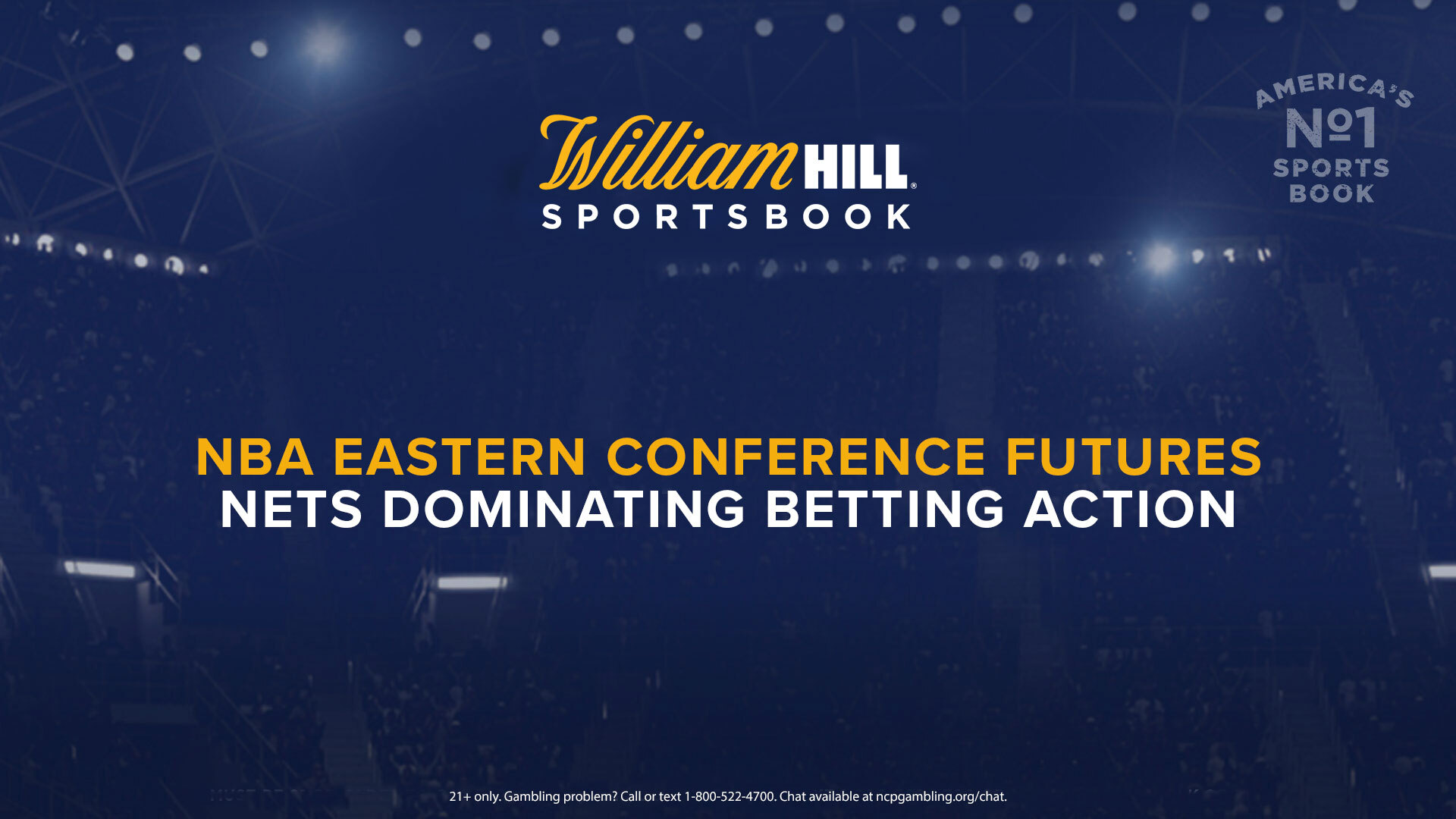 The eighth and final playoff spot in the Eastern Conference will be decided tonight between the Wizards and Pacers at 8 p.m. ET/5 p.m. PT on TNT. So why not take a look at William Hill’s Eastern Conference futures before this upcoming play-in game?

After being as heavy as a -175 favorite in the regular season, the Nets are currently -150 chalk to come out of the Eastern Conference. The 76ers, who finished with the conference’s best record, are next at +240, while the Bucks are still in range at +500.

Regarding which teams William Hill bettors are wagering to advance to the NBA Finals, there’s one that has clearly separated itself from the pack.

The Nets have captured 64% of the total dollars wagered as well as 22% of the total number of tickets among all Eastern Conference futures bets at William Hill, which is tops in both categories.

Check out William Hill’s latest odds and trends for Eastern Conference futures below.