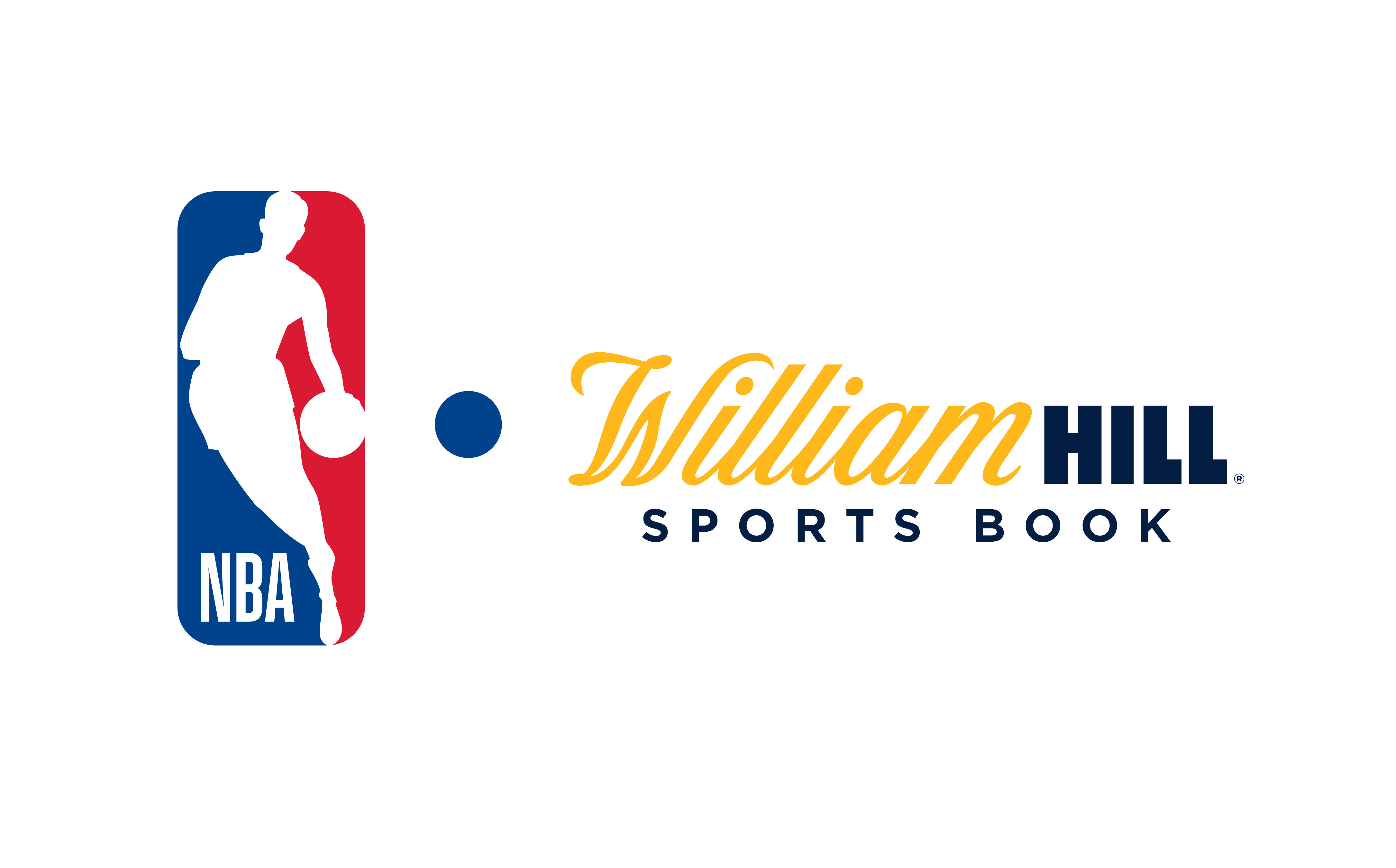 NEW YORK, Oct. 2, 2019 – The National Basketball Association (NBA) and William Hill, one of America’s leading sports book operators, today announced a new partnership that will make William Hill a Proud Partner and an Authorized Sports Betting Operator of the NBA in the United States.

As part of the agreement, William Hill will have the right to use official NBA betting data and league marks across its mobile platforms and in its sports books throughout the United States.  Additionally, William Hill will be promoted across the NBA’s digital assets including NBA.com, the NBA app, and the NBA’s social media platforms.

“William Hill is a globally respected brand that has set an early standard for sports betting in the U.S. market,” said Scott Kaufman-Ross, Senior Vice President, Head of Fantasy & Gaming, NBA.  “We are delighted to partner with William Hill as they grow their business throughout the U.S. and are excited to work together to provide a world-class experience to our fans.”

“We are proud of this creative partnership that benefits our customers and our partners nationwide while promoting legalized wagering on NBA events. The NBA has been a leader in recognizing the benefits of a legal sports betting market,” said Dan Shapiro, Vice President of Strategy & Business Development of William Hill US. “We expect this to be the beginning of a long and mutually beneficial relationship with the league and its teams.”

An industry leader with an 85-year history in the space, William Hill is internationally recognized as an innovative pioneer in sports and sports betting. Following the U.S. Supreme Court’s decision that overturned PASPA in 2018, William Hill has led United States expansion of sports betting and now has operations in 10 states. The company currently accepts one out of every four bets placed in the U.S.

Throughout the partnership, William Hill and the NBA will collaborate on best-in-class practices to protect the integrity of NBA games.

The NBA is a global sports and media business built around four professional sports leagues: the National Basketball Association, the Women’s National Basketball Association, the NBA G League and the NBA 2K League.  The NBA has established a major international presence with games and programming in 215 countries and territories in 50 languages, and merchandise for sale in more than 100,000 stores in 100 countries on six continents.  NBA rosters at the start of the 2018-19 season featured 108 international players from 42 countries and territories.  NBA Digital’s assets include NBA TV, NBA.com, the NBA App and NBA League Pass.  The NBA has created one of the largest social media communities in the world, with 1.6 billion likes and followers globally across all league, team, and player platforms.  Through NBA Cares, the league addresses important social issues by working with internationally recognized youth-serving organizations that support education, youth and family development, and health-related causes.

About William Hill
William Hill PLC is one of the world’s leading betting and gaming companies, employing over 16,000 people. Its origins are in the UK where it was founded in 1934, and where the company is listed on the London Stock Exchange. With headquarters in London and Leeds it has a national presence of licensed betting offices in Great Britain and Northern Ireland and is one of the country’s leading online betting and gaming services. In 2012, it established William Hill US with a focus on retail and mobile operations in Nevada, which is now the largest sports betting business in the USA. William Hill US (www.williamhill.us) currently operates 113 race and sports books in Nevada and the state’s leading mobile sports betting app. William Hill is operating in New Jersey at Monmouth Park Racetrack, Ocean Resort Casino, Tropicana Atlantic City, and online with the William Hill New Jersey sports betting app as well as in Indiana, Iowa, and West Virginia. William Hill is a licensed sports betting provider in numerous casinos in Mississippi, Pennsylvania, Rhode Island, and New Mexico, and serves as the exclusive risk manager for the sports lottery in Delaware.  William Hill has licensed operations in The Bahamas, Italy, Spain and Sweden and serves online customers in the UK, Ireland and throughout the world from its digital hubs in Gibraltar and Malta. In February 2019 it completed the acquisition of MRG Group acquiring the Mr Green and Redbet brands and with it an expanded pan-European footprint in faster growing online betting and gaming markets.