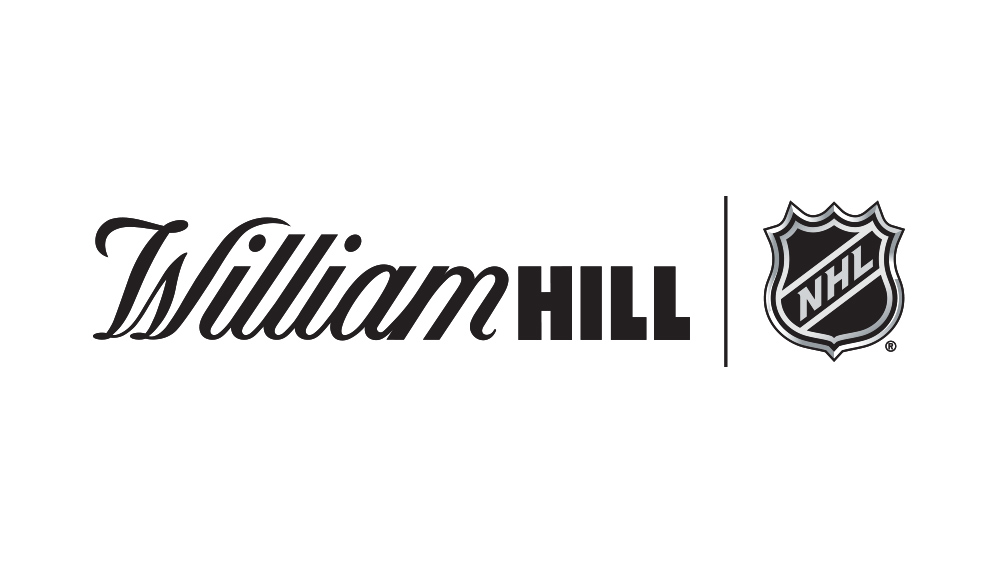 “This new partnership is yet another example of the innovative yet practical approach our League is taking with the emerging sports gaming industry,” said NHL Commissioner Gary Bettman. “We continue to work directly with stakeholders to cultivate relationships across the sports betting landscape. Partnering with William Hill US, a leader in both the sportsbook and mobile betting marketplace, provides a tremendous opportunity to further fan engagement.”

“We are thrilled to become an official sports betting partner of the National Hockey League,” said Joe Asher, CEO of William Hill US. “Commissioner Bettman and his team at the NHL have been at the forefront of understanding the opportunities to engage fans through sports betting. Combined with our existing partnerships with the Vegas Golden Knights and New Jersey Devils, we are extremely excited to continue to build our relationship with the NHL.”

Betting on NHL games has increased 38% during the 2018-19 season at William Hill’s Nevada Sports Books. Additionally, according to a recent Nielsen Sports report, NHL fans, when compared to fans of other sports leagues, are more likely to not only wager on their own sport, but also on all other major ‘Big 4’ sports leagues. “We appreciate the progressive and collaborative approach of the NHL and are encouraged by the early results,” Asher said.

As an official sports betting partner of the NHL, William Hill will receive promotional media in relevant NHL markets and will leverage branding opportunities in connection with the League’s calendar of marquee events.

About the NHL
The National Hockey League (NHL®), founded in 1917, consists of 31 Member Clubs and proudly welcomes its 32nd franchise, based in Seattle, for the 2021-22 season. Each team roster reflects the League’s international makeup with players from more than 20 countries represented, all vying for the most cherished and historic trophy in professional sports – the Stanley Cup®. Every year, the NHL entertains more than 670 million fans in-arena and through its partners on national television and radio; more than 151 million followers – league, team and player accounts combined – across Facebook, Twitter, Instagram, Snapchat and YouTube; and more than 100 million fans online at NHL.com.  The League broadcasts games in more than 160 countries and territories through its rightsholders including NBC/NBCSN and the NHL Network in the U.S., Sportsnet and TVA in Canada, Viasat in the Nordic Region and CCTV and Tencent in China. The NHL reaches fans worldwide with games available online in every country including via its live and on-demand streaming service NHL.TV™. Fans are engaged across the League’s digital assets on mobile devices via the free NHL® App; across nine social media platforms; on SiriusXM NHL Network Radio; and on NHL.com, available in eight languages and featuring unprecedented access to player and team statistics as well as every regular-season and playoff game box score dating back to the League’s inception, powered by SAP. The NHL is committed to building healthy and vibrant communities through the sport of hockey by increasing youth participation and engagement; fostering positive family experiences; promoting inclusion, positive culture and leadership; and supporting sustainable community impact.

William Hill PLC is one of the world’s leading betting and gaming companies, employing over 16,000 people. Its origins are in the UK where it was founded in 1934, and where it is listed on the London Stock Exchange. The majority of its $2.1 billion annual revenues are still derived from the UK, where it has a national presence of licensed betting offices and one of the leading online betting and gaming services. In 2012, it established William Hill US with a focus on retail and mobile operations in Nevada, which is now the largest sports betting business in the USA. William Hill US (www.williamhill.us) currently operates 114 race and sports books in Nevada and the state’s leading mobile sports betting app. William Hill is operating in New Jersey at Monmouth Park Racetrack, Ocean Resort Casino, Tropicana Atlantic City, and online with the William Hill New Jersey sports betting app.  William Hill is a licensed sports betting provider in numerous casinos in Mississippi, West Virginia, Pennsylvania, and Rhode Island and serves as the exclusive risk manager for the sports lottery in Delaware.  William Hill also has licensed operations in The Bahamas, Italy and Spain and serves online customers throughout the world from its online headquarters in Gibraltar.

NHL and the NHL Shield are registered trademarks of the National Hockey League.  All Rights Reserved.