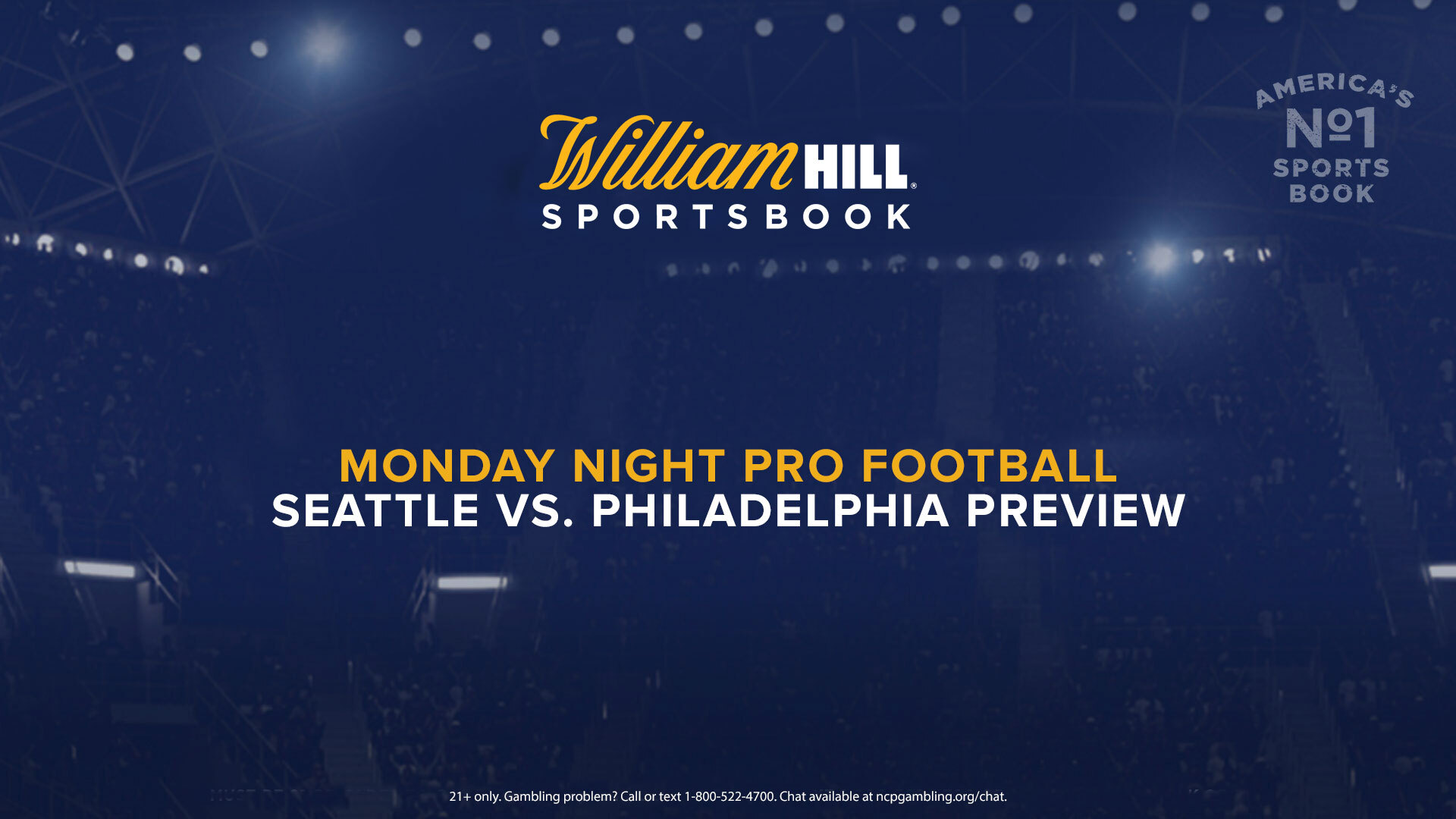 It’s a battle of the birds on Monday night, as the Seahawks head to Philadelphia to square off against the Eagles.

Seattle opened as a 6-point road favorite at William Hill. After the spread dipped down to -5 at one point last week, the Seahawks are now 6.5-point chalk (-290 on the moneyline). Meanwhile, the Eagles are +245 to pull off the upset and the total sits at 48.5.

William Hill bettors are heavily backing the road favorite here in this one.

“Looks like the liability of this game will be equivalent to the Green Bay-Chicago game last night,” said Nick Bogdanovich, Director of Trading for William Hill US. “People still had faith in the Eagles throughout the season for whatever reason, but they never really deserved it. That’s not the case tonight, we’ll definitely need Philly here.”

Yet, the biggest wager for this affair thus far at William Hill is actually on the home underdog.

William Hill bettors are more divided on the total, which has dropped three points from its 51.5 opener to 48.5. Despite the move, the over has still reeled in 62% of the total number of tickets and 57% of the total dollars wagered.

“I think the early move on the total was weather-related,” Bogdanovich said. “But the weather report from a few days ago when they were first betting the under looked much worse than it does right now. I don’t see the weather being as impactful as the initial move would have suggested. I think the total will close up a little higher.”

The most intriguing storyline heading into this clash is how much Eagles rookie quarterback Jalen Hurts will see the field tonight. It was reported by ESPN that the 2020 second-round pick out of Alabama was getting first-team practice reps at quarterback over Carson Wentz.

Hurts is currently 20/1 at William Hill to score the first touchdown of the game (tied for 11th-lowest odds) and is +350 to reach the end zone at any time (tied for 12th-lowest). Seahawks wide receiver DK Metcalf is the favorite in both markets, as he’s listed at +650 and -110 respectively.

Check out William Hill’s latest odds and trends for tonight’s Seahawks vs. Eagles game below. You can catch the action at 8:15 p.m. ET/5 p.m. PT on ESPN.