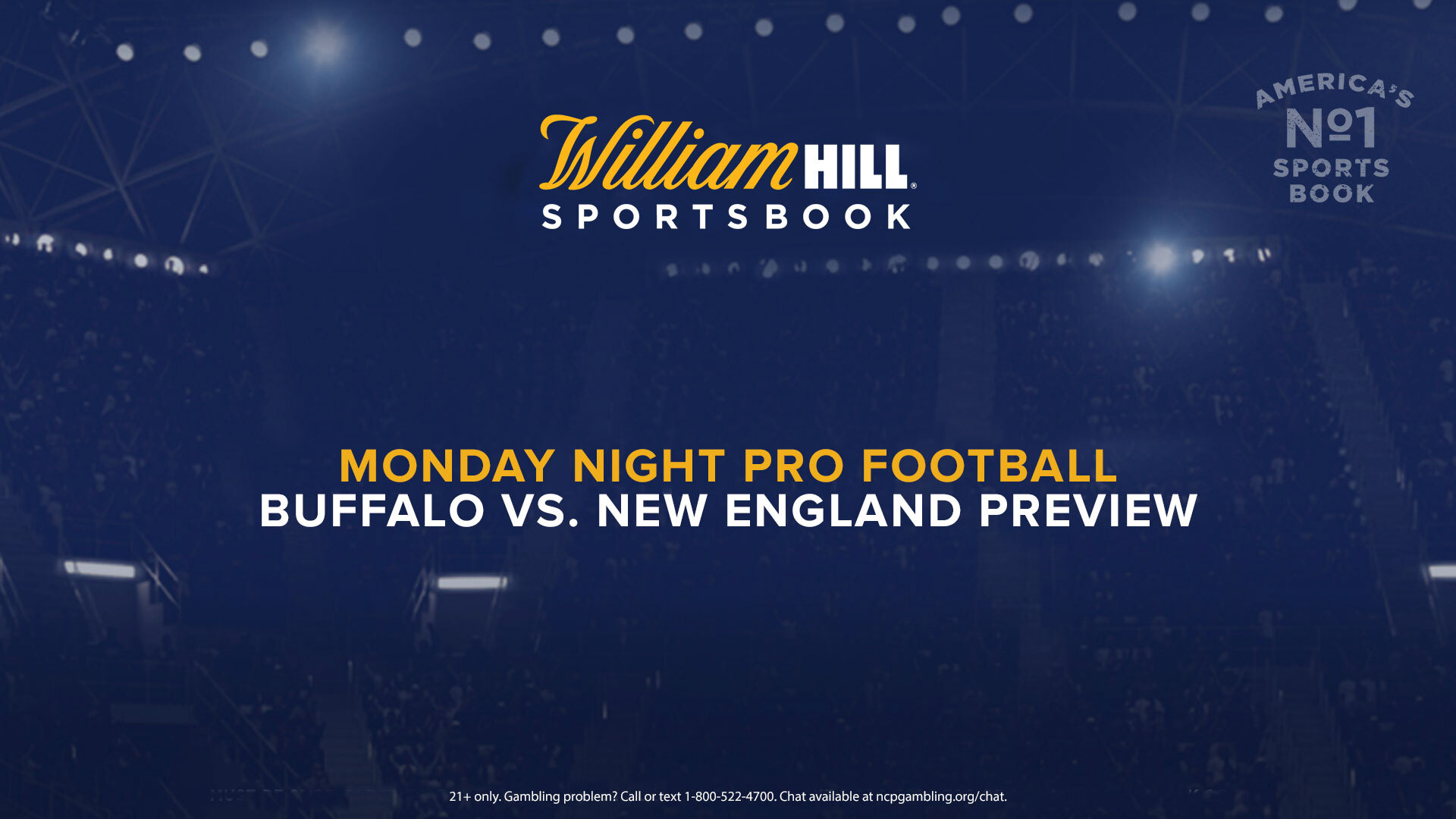 The Bills are currently 7.5-point road favorites over the Patriots at William Hill. Buffalo stands at 11-3, and the Bills could match the Steelers at 12-3 with a victory tonight. The Bills hold the tiebreaker over the Steelers, and could finish as the No. 2 seed in the AFC if they end up on top in their final two games. Meanwhile, the 6-8 Patriots have been eliminated from the playoff chase, their first time missing the field since 2008.

“The Patriots aren’t used to being out of the hunt,” said Nick Bogdanovich, Director of Trading for William Hill US. “In a COVID year, if they mailed it in, could you blame anyone? They’re probably tired of all the weirdness and quarantining, and they just want to get it over with. Definitely motivation is huge in this game, and it’ll be a big factor for Week 17 as well.”

“The Bills are definitely coming on because their defense is playing much better,” Bogdanovich said. “They’re still trying to get the No. 2 seed here, playing playoff games at home until Kansas City would be big. We’ve got some liability going to the Bills, straight bets are about 5:1, parlays are about 3:1, plenty of moneyline parlays and teasers. But yesterday was good for the house, so we’re going to have a decent week regardless of what happens tonight.”

The total, however, has caused much more division among William Hill bettors. After originally being listed at 45.5, the total has risen 1.5 points to 47. The over is receiving the majority of the total number of tickets at 61%. Yet, the under has the advantage in total dollars wagered at 53%.

Regarding popular player props, two stand out in terms of total dollars wagered on them as of now. The over on Zack Moss rushing yards (45.5, -120/-110) and the over on Cole Beasley total receptions (4.5, -130/+100) have each caught the attention of William Hill bettors.

Check out William Hill’s latest odds and trends for Bills vs. Patriots below.