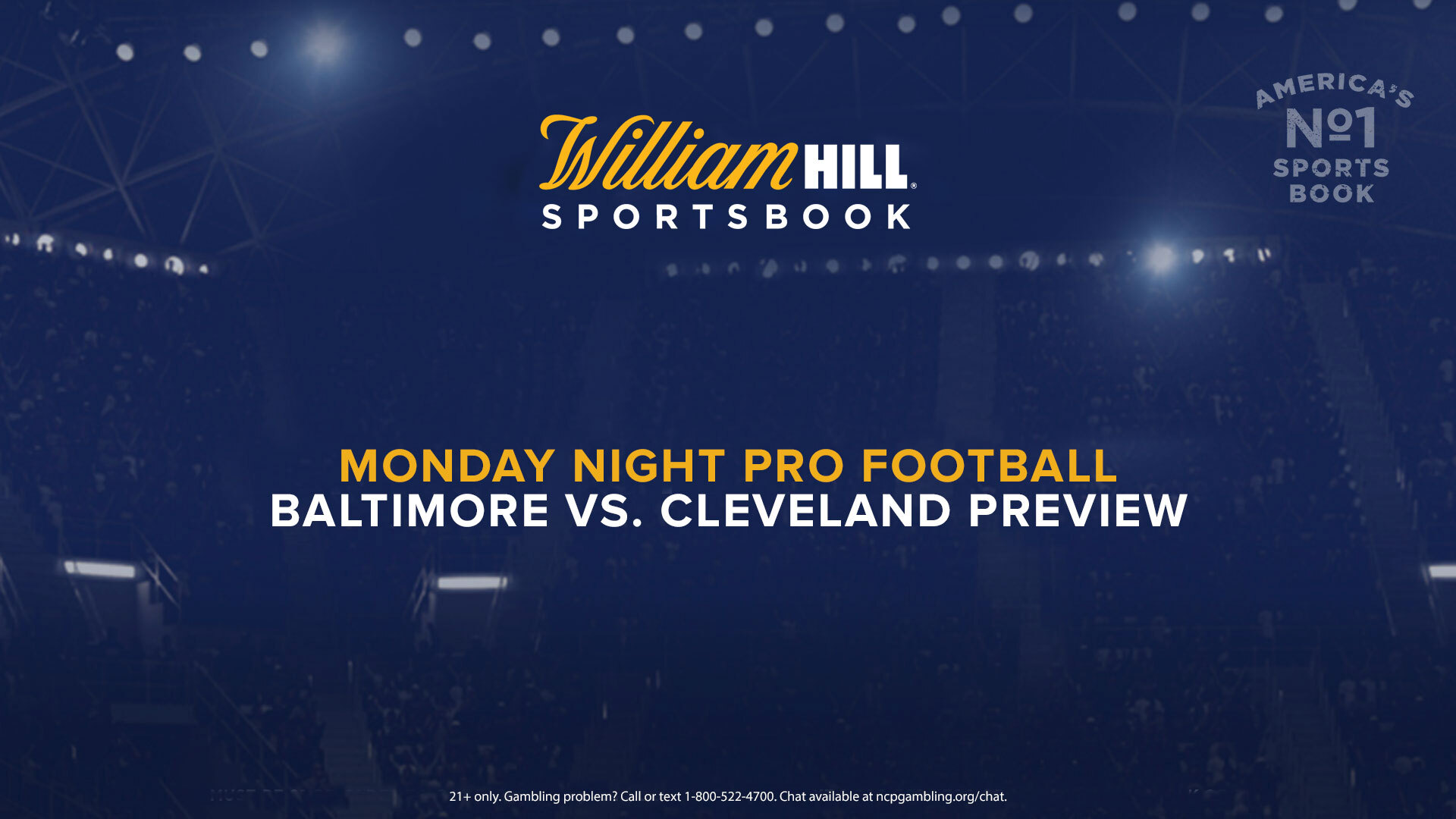 What better way to conclude Week 14 of the NFL season than with a clash between divisional rivals both very much in the playoff picture?

The 9-3 Browns host the 7-5 Ravens in Cleveland tonight, with kickoff set for 8:15 p.m. ET/5:15 p.m. PT on ESPN. Currently Baltimore is outside of the playoff field, however the Ravens would be right back in the thick of things if they can pull off the road victory. If Cleveland were to emerge victorious, the team would inch even closer to its first playoff appearance since 2002.

The Ravens opened as 1-point road favorites at William Hill. Now Baltimore is up to -3 (-120) and priced at -170 on the moneyline. On the other side, the Browns are +150 to win the game outright while the total is residing at 45.5.

“The sharps have been driving up Baltimore all week,” said Nick Bogdanovich, Director of Trading for William Hill US. “The Ravens are now getting both sharp and public money. We’re definitely high on them. Parlay-wise, we’re pretty even. I’m not sure why the public is on Baltimore, Cleveland plays well at home. Baker [Mayfield] makes enough plays, they have two running backs that can run all over you. Baltimore has had their share of issues with personnel all year long—running backs hurt, linemen hurt. Maybe they think they’re getting healthy and making their push.”

Two noteworthy bets have come in for tonight as of now at William Hill, and both are on Baltimore.

The total has also seen some movement as well, dropping from 48 to its current number of 45.5. It may not stop there either, though.

“I think it could only go down, I don’t see it going up,” Bogdanovich said. “I think it would be higher if it was good weather, both of these teams can score. But the wind is so bad there and obviously you’ll see plenty of running the football.”

The majority of William Hill bettors, however, are aligned on the total. The over is attracting 70% of the total number of tickets and 60% of the total dollars wagered.

Check out William Hill’s latest odds and trends for Ravens vs. Browns below.