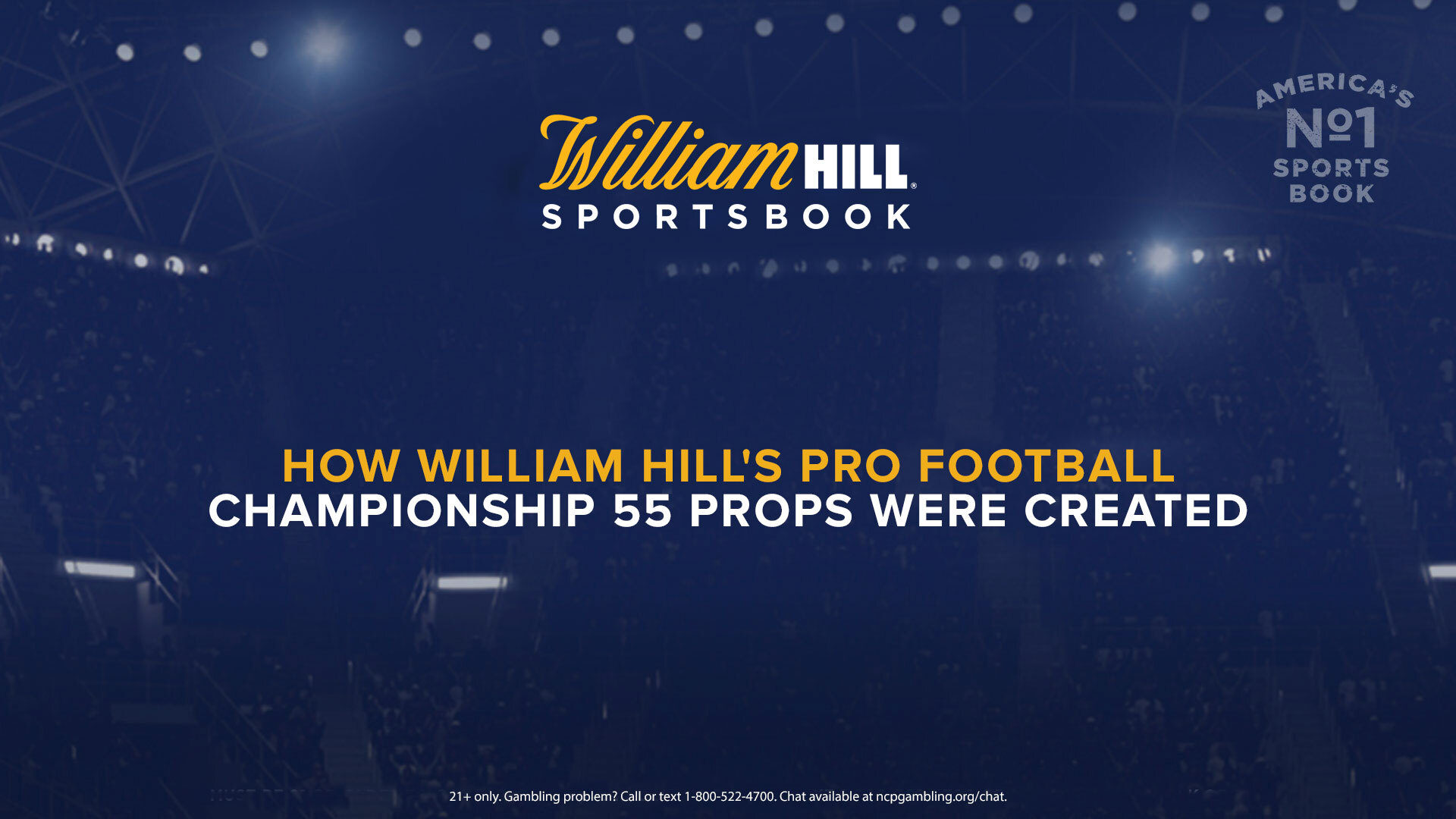 With the addition of props (William Hill’s Nevada Prop Packet), bettors have 1,218 different ways to bet next Sunday’s Championship game. William Hill will also be offering continuous LIVE InPlay wagering (Point Spreads, Totals, and Money Lines) throughout Super Bowl 55. A full list of locations and details can be found at www.williamhill.com/us.

It’s Sunday night, and the Chiefs are closing out a 38-24 victory over the Bills in the AFC Championship. The Super Bowl 55 matchup has been set. And for Adam Pullen, Assistant Director of Trading for William Hill U.S., the most grueling four-day stretch of the year has begun.

Pullen starts compiling all of the team and player statistics for both the Chiefs and Buccaneers, regular season and postseason. On Monday, it’s an all-day grind of manually setting up every Super Bowl prop betting market into William Hill’s system.

Then it’s time to set the odds. Since William Hill’s inception in 2012, Pullen and Director of Trading Nick Bogdanovich have been the two-man unit behind thousands of Super Bowl props. It’s a little different this year with the COVID-19 pandemic, as Pullen has been working from home versus being face-to-face with Bogdanovich going over everything in the office together.

“This is definitely the toughest few days of the job, just because of the time crunch,” Pullen said. “Last week for the AFC and NFC Championships, we had like 30-something props for each game. Now we have maybe like 300? It’s a big jump compared to the normal routine. It’s not an incremental build-up, it’s like bam! But I enjoy it, it’s a great matchup and it figures to be a good game. There’s a lot of legwork that goes into doing it, but this is the biggest sporting event in our country, so it is what it is. There’s a lot of attention thrown at it, and rightfully so.”

After plugging in their respective numbers on index props such as first touchdown scorer on Monday night, the bulk of the work this year is done on Tuesday. Bogdanovich and Pullen discuss everything from player yardage to the distance of the first field goal made to the number of plays on the first touchdown drive of the game.

But what happens if there’s disagreement between the two on a certain prop?

“Nick’s got a really good mind as far as looking into the nuts and bolts of the game and the matchup,” Pullen said. “We work well together. Occasionally you’re going to have those differences, but we just end up meeting in the middle. I wish I could say it’s some type of rocket science, but it’s not. If I make something -120 and he makes it -200, it’s as easy as making it -160. It’s not saying to one another ‘you’re wrong.’ You don’t really have any time to discuss and get super in-depth with everything because of how much there is. We just come to a good common ground and we have that trust with each other.”

On Tuesday night and Wednesday, a good chunk of the workload is proofreading the sheets for the packet and making sure everything is clear as can be to bettors regarding all the stipulations for the prop bets listed. More complex offerings such as cross-sport props are among the last to be finished. Then, after Bogdanovich and Pullen re-check everything, this year’s William Hill Super Bowl props are set to be submitted before the noon PST deadline on Thursday.

Yet, despite decades of experience under their belts, there are still some markets that are trickier for them to create than others for Super Bowl 55.

“It was difficult to make the running back props this year,” Bogdanovich said. “Darrel Williams has emerged, [Clyde] Edwards-Helaire will be healthy. Those two were really hard to make. [Leonard] Fournette has looked great in the playoffs, but [Ronald] Jones will be healthier as well. Jones was the man before he got hurt. The stars will be straightforward for making the props, it’s the fringe players where it got tricky.

“The health of [Antonio] Brown is going to determine the amount of touches that [Scotty Miller and Tyler Johnson] get. We know [Mike] Evans and [Chris] Godwin will get theirs, but the Brown situation definitely impacts everyone else for sure. The Bucs have a bunch of tight ends too, we had to figure it out for [Rob] Gronkowski and [Cameron] Brate too. I think the Bucs will have to stay aggressive to keep up with Kansas City, so I think you’ll see Brady throwing a lot.”

Even though it may be more difficult to figure out the odds for lesser offensive players, the biggest names still deserve a good amount of attention too. Stars have been crushing their overs on props so far this postseason, particularly for Kansas City. Tyreek Hill and Travis Kelce have both crossed the 100-yard mark in each of the Chiefs’ playoff contests.

“We just look at the stats and we bounce them off each other,” Pullen said. “He’d say Mike Evans, ‘I like 65 [receiving yards]’ and I’ll say that I like 68. Then we put up 67 or 67.5. That’s how it is a lot. We discuss certain things, like knowing that we’re going to get so much public money on the over. So how much do we want to shade to the public, because as much as you respect the pros, the public money is huge. We’re going to have decisions like we’ve never seen before.”