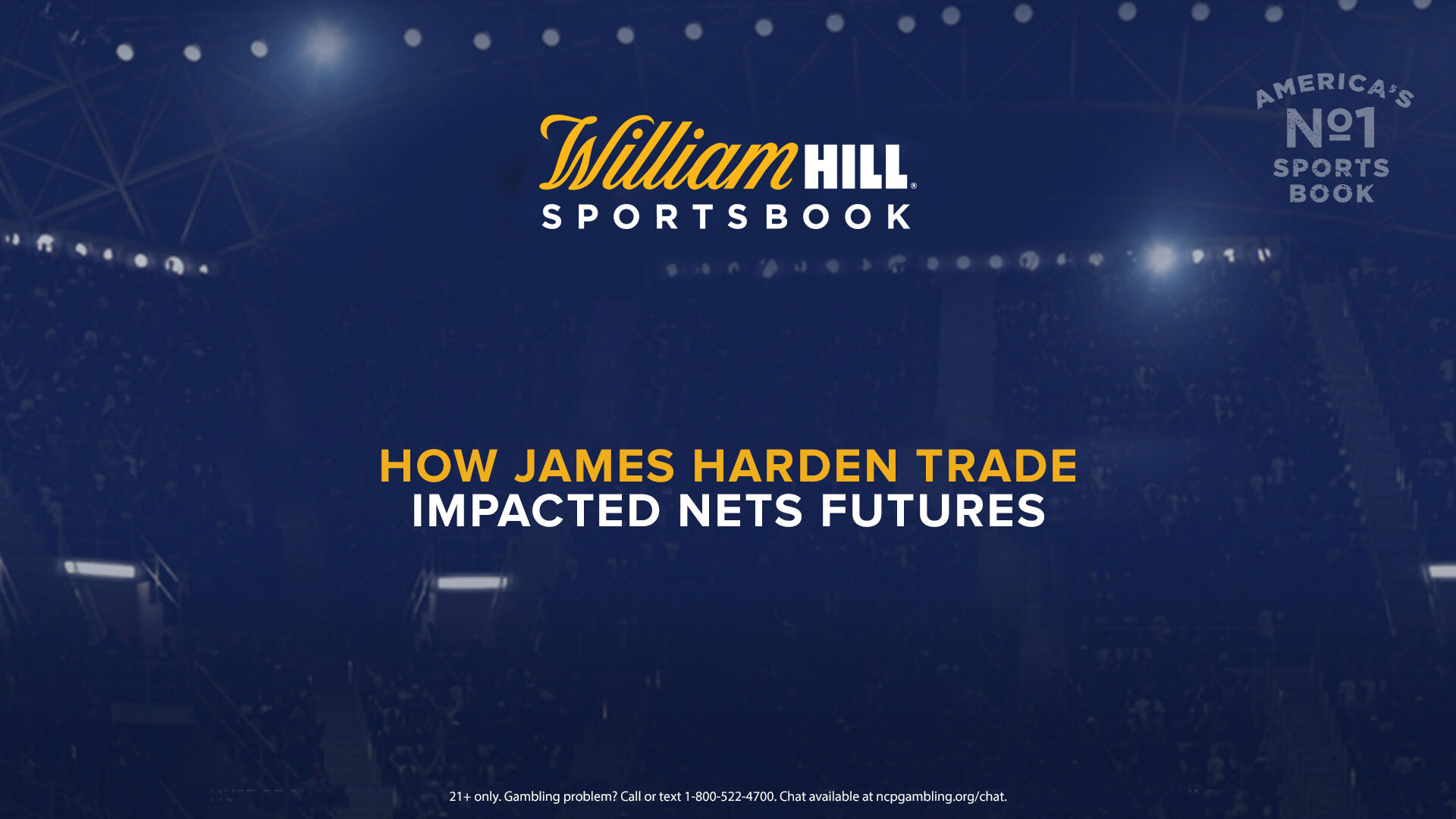 The NBA universe was completely altered yesterday, as it was announced that the Nets were acquiring James Harden from the Rockets to join forces with fellow superstars Kevin Durant and Kyrie Irving.

After the blockbuster deal, how did Brooklyn’s futures price change at William Hill?

“There was already a ton of Nets money from when it was first speculated that Harden would be dealt there,” said Nick Bogdanovich, Director of Trading for William Hill US. “So we were low on them to begin with before the trade. We moved them from +550 down to +325 for the title and +200 to +140 to win the East.”

“At the current price, I don’t think the Nets are worth the risk,” Bogdanovich said. “I just don’t see them winning it all. There’s more than just scoring a basketball—you have to play defense, you need strong chemistry and you have to stay healthy. They may have the best talent of any team in the East, but I don’t necessarily think they’re the best team.”

The 76ers were another rumored destination for Harden, with a potential package including Ben Simmons. Philadelphia had 18/1 title odds entering the day yesterday and they fell to as low as 10/1 with the rumors swirling. After it was reported that Harden would be a Net, however, the 76ers were back to 18/1.

Another Nevada bettor placed $10,000 on Nets +350 to win the Eastern Conference back in mid-November for a total potential payout of $45,000, which is the largest bet William Hill has taken in that market. The Nets are tops in total number of tickets for all Eastern Conference futures wagers since the opening tip-off with 29%, followed by the Hawks (50/1). For total dollars wagered over that same span, the Nets are also first at 34% with the Pacers (35/1) behind them at 20%.

Check out the Nets’ 2020-21 NBA championship futures movement at William Hill below.