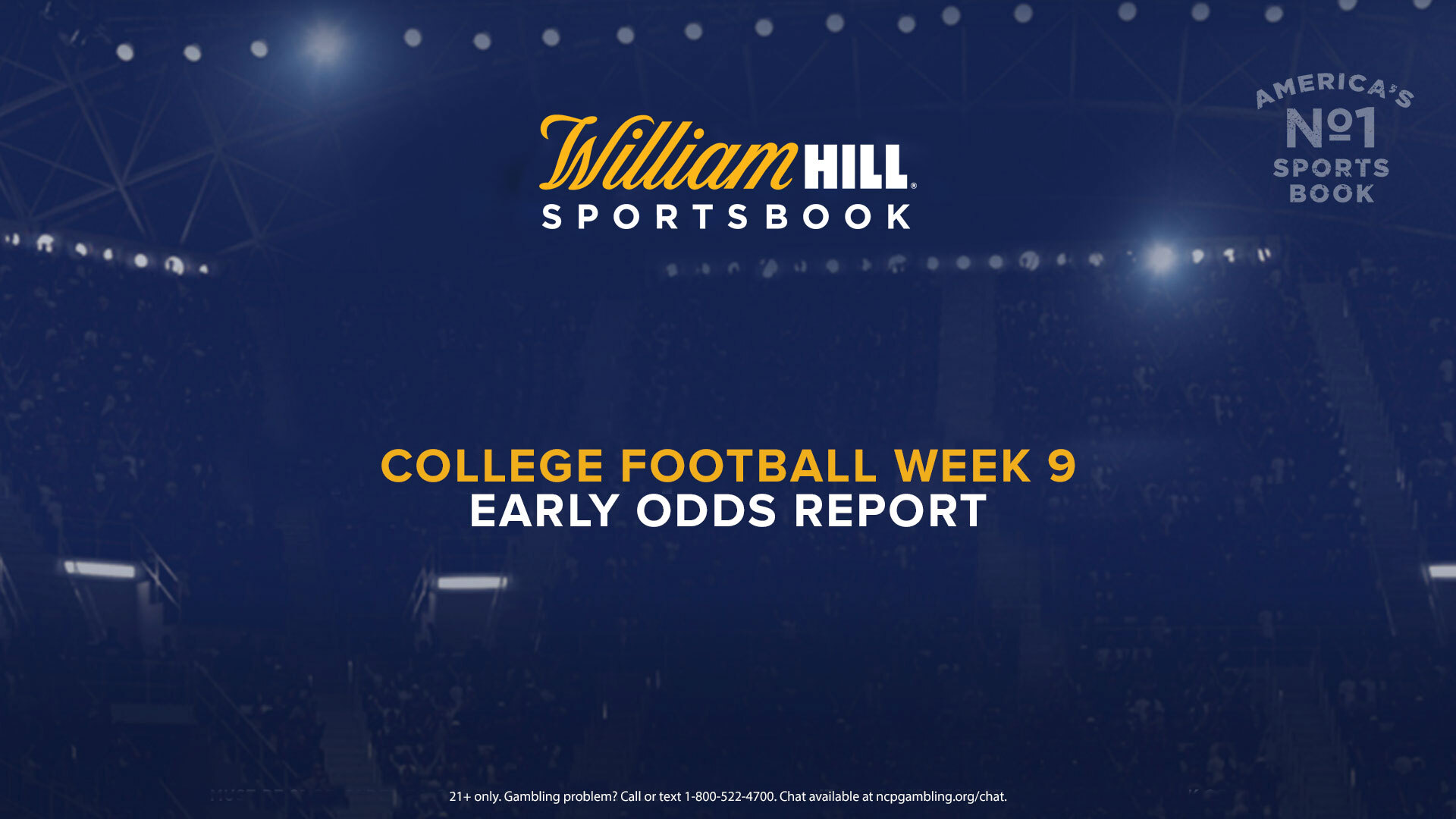 Week 9 of the college football season kicks off tomorrow with South Alabama vs. Georgia Southern and Colorado State vs. Fresno State.

So let’s take a look at how the odds for this week’s slate have shifted since William Hill first put them up on Monday.

The biggest matchup in the next few days is between No. 3 Ohio State and No. 18 Penn State. The Buckeyes opened as 13-point road favorites at William Hill, however that line has dropped half a point to Ohio State -12.5.

“The professionals move the market,” said Nick Bogdanovich, Director of Trading for William Hill US. “They can’t wait to jump in here on Penn State even though the masses will be on the other side. We’re dead even to the game right now, but come Saturday, we’ll need Penn State for a small mountain of money.”

The biggest movement of any Week 9 spread thus far actually comes in a Mountain West showdown. San Jose State has gone from a 9-point home favorite to -13.5 against New Mexico, a massive 4.5-point swing early in the week.

San Jose State pulled off the outright upset as a 7.5-point home underdog (+235 moneyline) against Air Force in its season opener, while New Mexico’s first game of the season vs. Colorado State was canceled.

“Having a game under your belt is huge for reps, especially with New Mexico having a new head coach,” Bogdanovich said. “And San Jose State looked strong this past weekend. Obviously the bettors thought that was worth such a big move, and they might be right.”

The biggest line shift of any Week 9 game involving a top-25 team is between Arkansas and No. 8 Texas A&M. The Aggies opened as 10.5-point home favorites over the surprising Razorbacks, who have jumped out to an unexpected 2-2 start. Yet, the early money is on Texas A&M, which is now -12.5.

Meanwhile, the biggest wagers on Week 9 totals thus far was when another Nevada bettor placed $5,500 each on Purdue vs. Illinois over 58 and LSU vs. Auburn over 64.5 for total potential payouts of $10,500 apiece.

In that latter battle, defending national champion LSU is a 3-point road favorite at Auburn despite a disappointing 2-2 record through four games.

“We opened LSU -2.5, someone laid it and we went up to -3,” Bogdanovich said. “I’m not sold at all on LSU and Auburn is iffy at best. Obviously some professional liked laying the 2.5. LSU really hasn’t done anything to deserve being a 3-point favorite, so I just don’t see it here.”

Check out William Hill’s Week 9 college football odds for every game involving a top-25 team below.