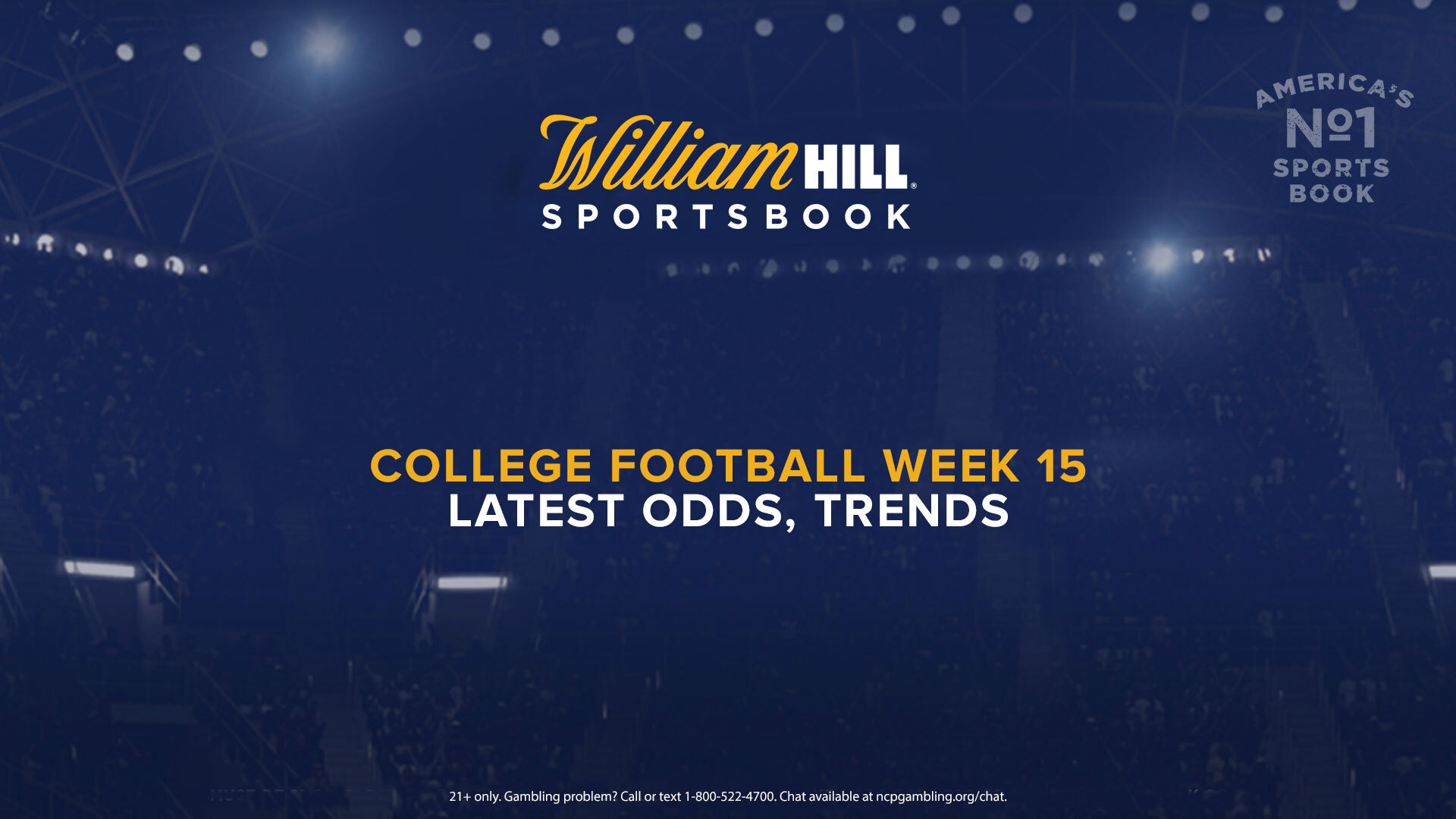 The college football regular season is coming to a close, and it’s about to end with a bang. Whether it’s teams looking to remain undefeated heading into their respective conference championships or some of the best rivalries squaring off, Week 15 of the college football season is jam-packed with intrigue.

Of the four ranked undefeated teams playing this weekend, two reside in the Pac-12. No. 15 USC opened as a 4-point road favorite over cross-town rival UCLA at William Hill, however it’s dropped a point since then.

“We were the last to still have it at 3 before moving it down to 2.5 and now it’s back to 3,” said Nick Bogdanovich, Director of Trading for William Hill US. “It’s trending lower, but I think this weekend there’ll be some USC money. They’re still undefeated and they’re still perceived to be the better team. So I would imagine the public will be on USC.”

There are a couple of top-25 head-to-head clashes tomorrow, including No. 17 North Carolina at No. 10 Miami in an ACC affair. The Hurricanes went from -3.5 to -3, and there’s been a good amount of action on the underdog.

“Miami’s been good, they only have one loss,” Bogdanovich said. “I don’t think they’re a fade team, but that line has been dropping. I think it’s two comparable teams and bettors simply just grabbing the field goal. I think people rate these teams as even, and earlier in the week, they were more than happy to get the hook.”

Another contest involving a top-25 team where the underdog is grabbing the majority of the action is Wisconsin at No. 16 Iowa. The Hawkeyes were originally listed at -2, however now the Badgers are the team laying the two points.

“I don’t understand why the favorite flipped here,” Bogdanovich said. “The professionals obviously have been betting Wisconsin, but I don’t think they should be the favorite. Iowa’s looked really good of late.”

Iowa has the advantage, though, in both total number of tickets with 76% and total dollars wagered at 82%.

Check out William Hill’s latest odds and trends for every Week 15 college football game involving a top-25 team below.