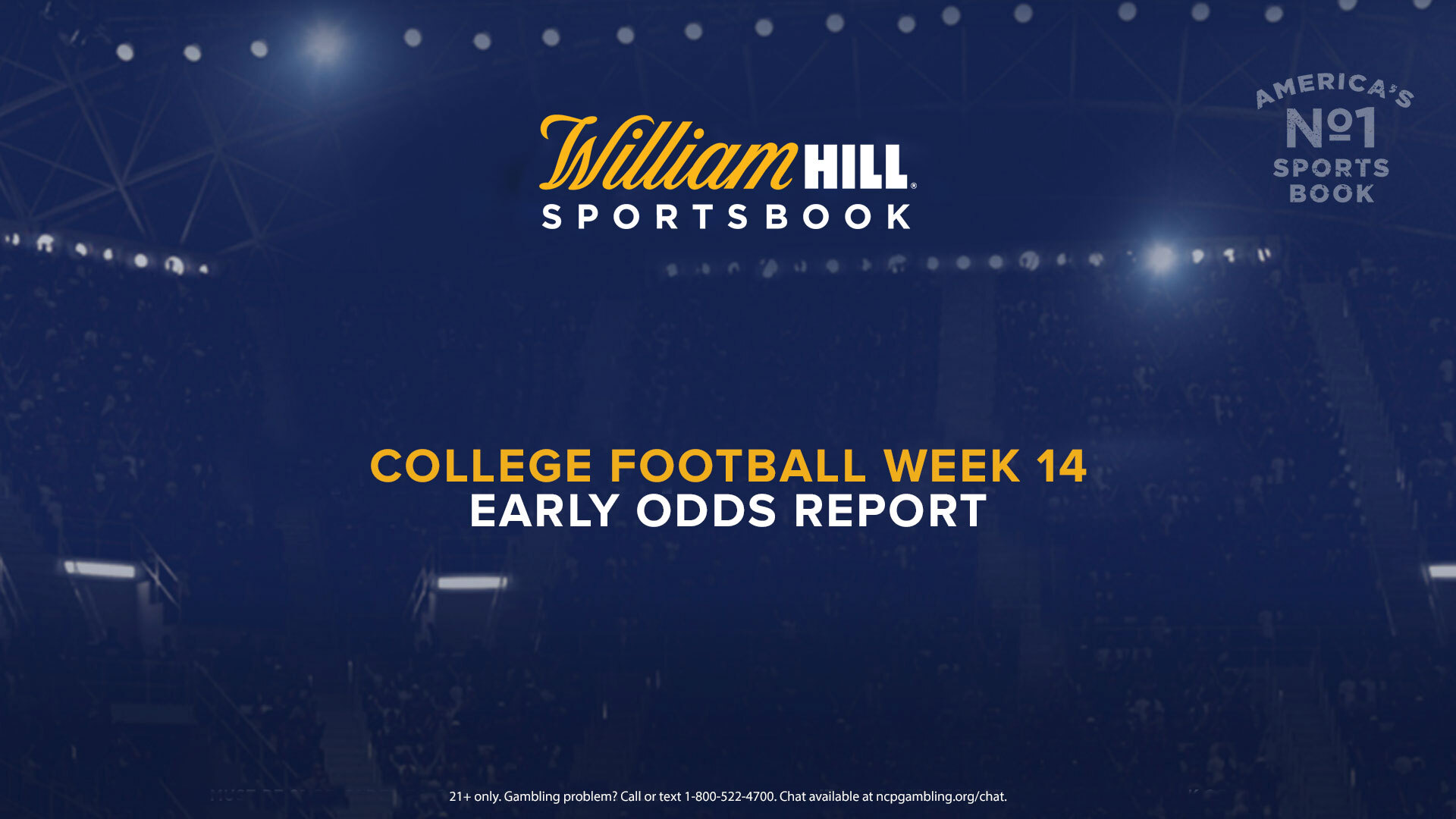 The calendar has flipped to December, meaning there’s only a couple weeks left of the college football regular season. The top teams will look to avoid any slip-ups while other contenders are jockeying for potential playoff positioning.

There are two top-25 head-to-head battles in Week 14 of the college football season, as well as one unranked team looking to pull off a second straight massive upset over an undefeated top-10 foe.

In the SEC, No. 5 Texas A&M travels to No. 22 Auburn for an early Saturday clash. The Aggies have won five straight games, including the last four all by double digits, and are 7-point road favorites here at William Hill. Meanwhile, the Tigers are coming off a 42-13 defeat to No. 1 Alabama in the Iron Bowl.

“We opened A&M -6 and it got bet up to -7,” said Nick Bogdanovich, Director of Trading at William Hill US. “The sharps drove it up. You never know what you’re going to get out of Auburn coming off Alabama, I mean that’s their season. It’s a physical war and mental war. I can see why bettors are on A&M, they’re catching Auburn at a great time. And A&M just cruised by LSU.”

The other top-25 showdown this weekend is between No. 12 Indiana and No. 16 Wisconsin in Madison. Hoosiers starting quarterback Michael Penix Jr. suffered a torn ACL in last week’s win over Maryland. The Badgers are 14-point favorites at home in this one after their Week 13 affair with Minnesota was cancelled.

“It’s a brutal loss for Indiana, the kid’s been playing great,” said Bogdanovich. “And it happening during Indiana’s magical season, that sucks. It’s a tough break, no doubt about it. Wisconsin’s coming off a loss and a bye, so they’ll be angry. So I can see why this number is this big.”

Staying in Big Ten country, Michigan State pulled off a stunning 29-20 upset over No. 8 Northwestern after closing at +13.5 (+425 moneyline) at William Hill. Now the Spartans get to face No. 4 Ohio State, where they’re 24-point road underdogs in Columbus. The Buckeyes didn’t play this past Saturday after their game against Illinois was canceled.

“Ohio State likes to run it up and they’re going to need to now because of how many games they’ve had cancelled,” Bogdanovich said. “So the ones they play, they better look good. They usually like to run it up against Michigan State anyway, they’re brutal rivals. We opened -22, so clearly people think that Ohio State with a week to prepare and Michigan State coming off a big win is going to be a good spot for Ohio State.”