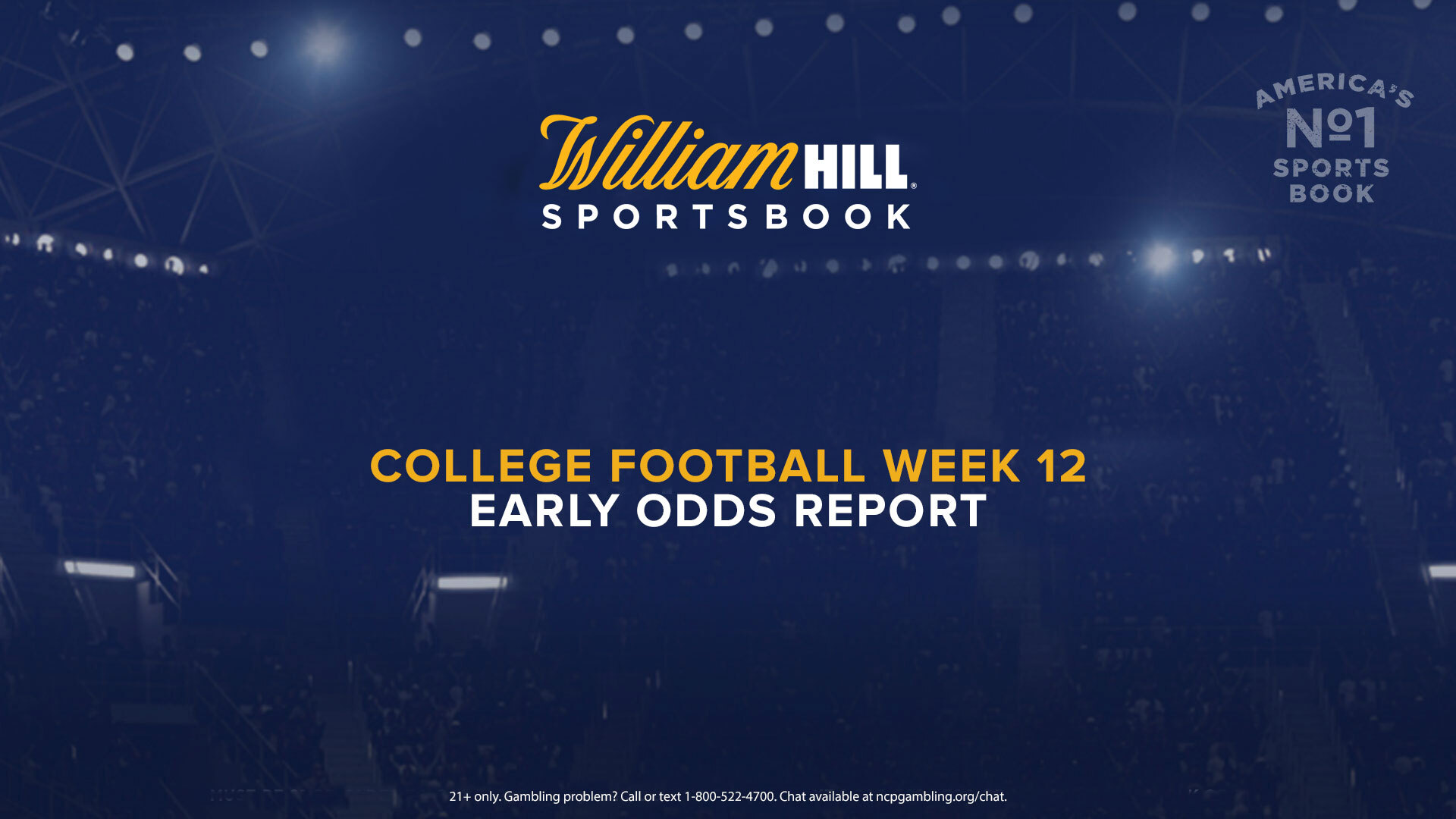 Two undefeated Big Ten showdowns. One of the best rivalry games in the country. The defending national champion as a mere 1-point favorite to a team that finished last season winless in conference. These are just a few of the highlights of an exciting Week 12 college football schedule.

In a top-10 battle this Saturday, No. 10 Indiana heads to Columbus in a clash with No. 3 Ohio State. The Buckeyes are 20.5-point favorites in this one at William Hill, however the Hoosiers have won and covered each of their first four games this season.

“It’s rare when ranked teams are getting nearly three touchdowns,” said Nick Bogdanovich, Director of Trading for William Hill US. “Indiana has been really good to bettors, so I think it will slow down Ohio State money. I would assume we’ll need Indiana, but I don’t think it’ll be a big decision.”

The other ranked matchup between undefeated Big Ten squads is No. 13 Wisconsin as a 7.5-point road favorite over No. 23 Northwestern. Wisconsin crushed Michigan 49-11 as 7-point road favorites this past weekend in what Bogdanovich said was “one of the biggest college football decisions this season for us. We couldn’t write a bet for Michigan on Saturday.”

“Wisconsin may be a monster, they’ve played two games with this new quarterback who is supposedly the best thing they’ve had there in forever,” Bogdanovich said. “Wisconsin is back strong. Northwestern is still super vanilla, though [head coach Pat] Fitzgerald has done a phenomenal job there. I’d love to take him in a dog role because of how he coaches and how tough his teams are, but Wisconsin may just be on another level.”

The third and final top-25 head-to-head is between two in-state rivals vying for bragging rights and better Big 12 positioning. No. 18 Oklahoma has won five straight Bedlams, and is a 7-point home favorite in Norman over No. 14 Oklahoma State.

“I think we’ll need Oklahoma State,” Bogdanovich said. “It looks like Oklahoma has righted the ship and has looked pretty good. Oklahoma State blew that game against Texas and barely came away with a win over Kansas State. I would assume we’re going to need the dog, but it should be an incredible game. I think Oklahoma State can upset them if they play well.”

Possibly the most fascinating Week 12 college football spread at William Hill comes in the SEC. One year ago, LSU rode an unstoppable offense to an undefeated season and national championship. On the other end, Arkansas had a midseason coaching change and went 0-8 in SEC play.

Arkansas opened as a 2.5-point favorite at home over LSU, though that line has already moved 3.5 points to LSU -1. The Tigers didn’t play in their contest last weekend against Alabama due to COVID-19, while the Razorbacks failed to cover their first game of the season in a 63-35 defeat to No. 6 Florida.

“This might be the biggest one-year swing in the history of college football betting,” Bogdanovich said. “LSU was a 40-something-point favorite last year when these two teams met. This spot favors LSU, though. They were dealing with some injuries, and probably got to regroup and just focus on Arkansas. Arkansas just came off a tough game with Florida. So the spot definitely favors LSU, but Arkansas has been beat up in the SEC for so long that they’ll be amped for this game to get another notch on their belt.”