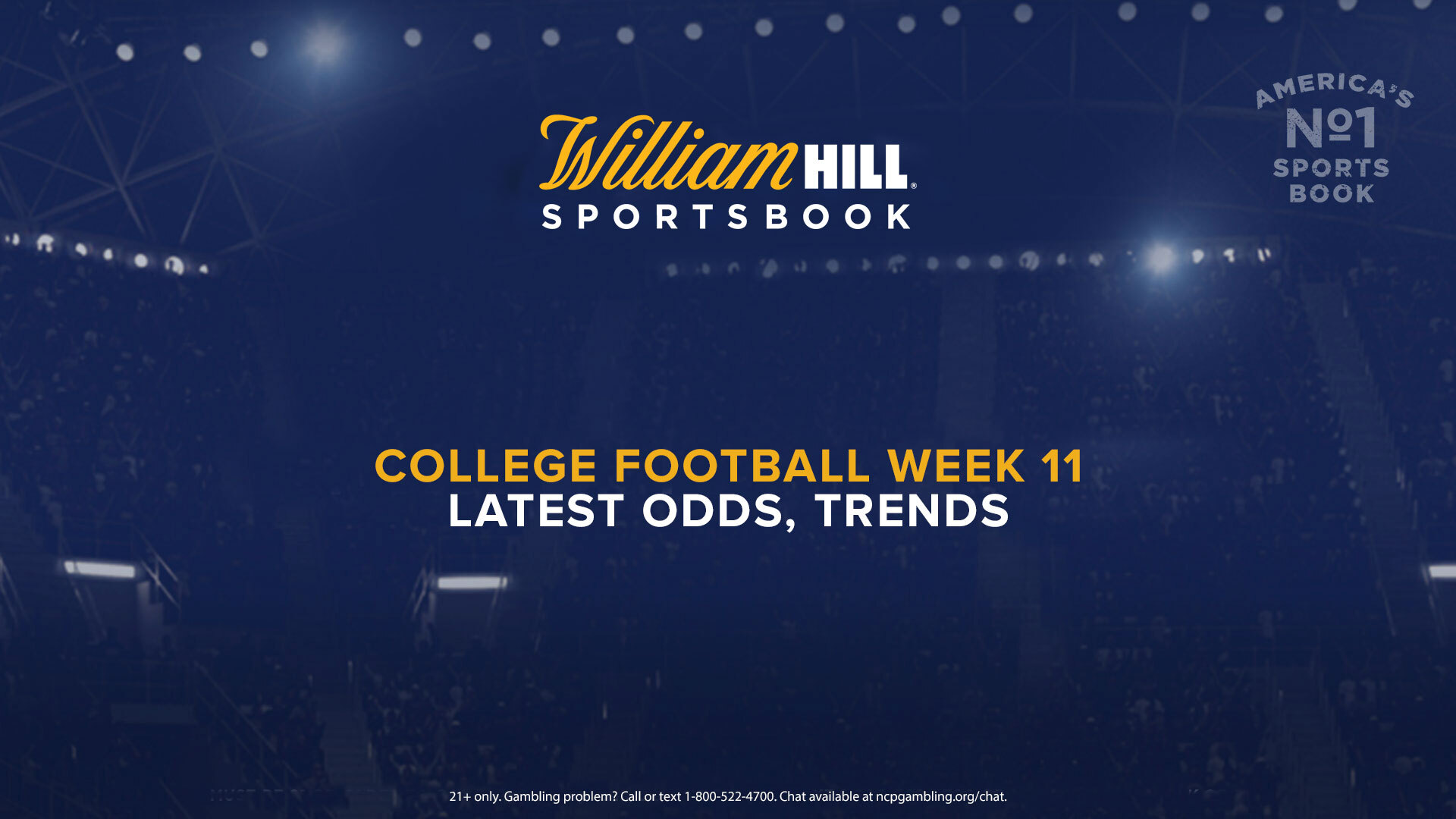 While several college football games have been either postponed or cancelled due to COVID-19, there are still plenty of intriguing matchups in Week 11.

There are currently 12 Week 11 games involving top-25 teams up at William Hill, including a battle between two big-time Big Ten schools in No. 13 Wisconsin and Michigan.

Wisconsin hasn’t played since October 23, as the Badgers’ contests the past two weeks were both cancelled. Michigan has dropped two consecutive games as a favorite—the Wolverines were stunned 27-24 by Michigan State and were dismantled by No. 10 Indiana in a 38-21 defeat.

The Badgers opened as 3.5-point road favorites in this one, and now the Wisconsin is -4.5 over Michigan on Saturday night.

“Wisconsin not playing for a while should definitely help Michigan with all that rust and lack of reps,” said Nick Bogdanovich, Director of Trading for William Hill US. “But people are still fine betting against Michigan here, they’ve just looked horrible. It’s the best game left I’d have to say, we’ll probably write the most business on this game this week.”

Wisconsin has attracted 81% of the total number of tickets and 63% of the total dollars wagered among all spread bets vs. Michigan thus far at William Hill.

Yet, there are quite a few underdogs in top-25 contests that have caught bettors’ attention this week.

No. 9 Miami (+2 at Virginia Tech), Arkansas (+17.5 at No. 6 Florida) and Boston College (+13.5 vs. No. 2 Notre Dame) are all receiving the majority of the tickets and dollars against the spread in their contests. Both Florida and Notre Dame are coming off massive victories vs. Georgia and Clemson respectively, so some bettors may think those teams might not be quite as sharp against unranked foes.

“Right now the straight money is on Boston College, and it’s a great spot for Boston College,” Bogdanovich said. “So I’m sure the sharps are dying to take 14 in that game, whether they get it is another story. When push comes to shove, the masses will be on Notre Dame, so we’ll end up needing BC.”

Only two teams in top-25 matchups are getting at least 80% of the total number of tickets and total dollars wagered as of now: No. 7 Cincinnati (-28 vs. ECU tonight) and No. 11 Oregon (-10.5 at Washington State). The Ducks were originally listed as 7.5-point road favorites in Pullman before shooting up to -10.5.

The biggest Week 11 college football bet taken at William Hill thus far, though, has come in an unranked Big Ten affair. A Nevada bettor placed $18,500 on Rutgers -5 hosting Illinois for a total potential payout of $35,318.20. The Scarlet Knights are now 6-point favorites.

Check out William Hill’s latest odds and trends below for every available Week 11 college football game involving a top-25 team.