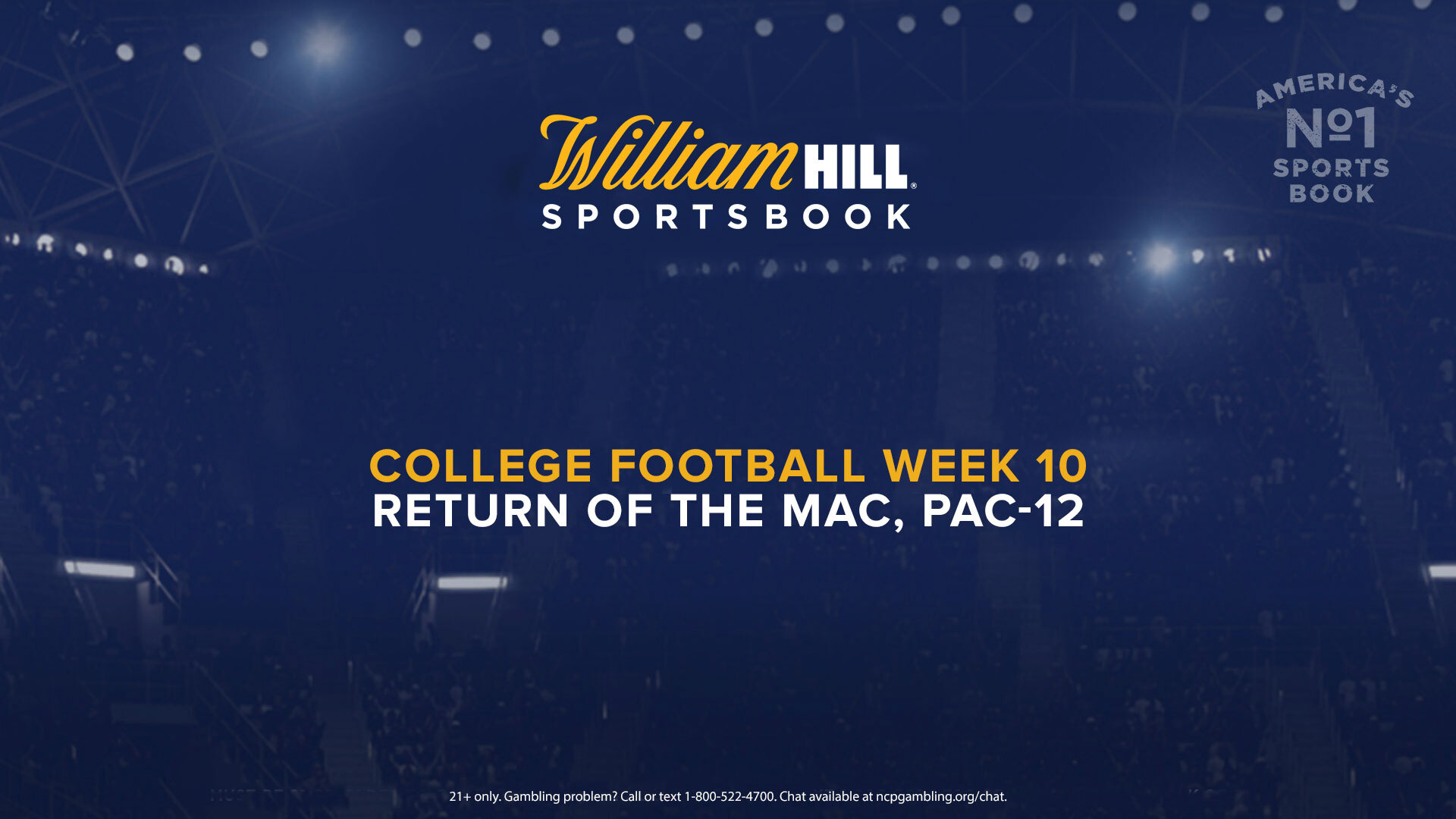 It’s Week 10 of the college football season, and the MAC and Pac are BACK!

The MAC football season begins this Wednesday with six games on Wednesday night, while the Pac-12 kicks off its 2020 campaign with six more all throughout Saturday. William Hill has spreads up for all 12 of those contests.

“It’s big because at this time we usually have hockey and basketball, so our middle of the weeks are really bare right now,” said Nick Bogdanovich, Director of Trading for William Hill US. “The fact that the MAC is rolling out a full slate on Wednesday is huge. It’s good to get the Pac-12 back in action as well, those late-night games have some strong handles.”

The biggest favorite in MAC play is also the latest game that night at 8 p.m. ET/5 p.m. PT, with Toledo listed as 22-point chalk at home over Bowling Green.

“The MAC plays good football,” Bogdanovich said. “We have a good amount of action on those games, we’ll probably have twice as much this year or maybe even more because of the lack of stuff to bet on during the week. That’ll be the first games that people will get to. So the handle on Wednesday will be big.

“Let’s say normally the Wednesday MAC games were outdone by an SEC or Big Ten game 4 to 1. It’ll probably only be 2, 2.5 to 1 now, just because there will be so much more interest on these games. It’s been proven time and time again, when you have the stage to yourself, the action on the game just increases tremendously.”

On Saturday, the Pac-12 will get things started early at 12 p.m. ET/9 a.m. PT. No. 20 USC is an 11-point favorite in Los Angeles over Arizona State. Two of the better young quarterbacks in the country, Kedon Slovis and Jayden Daniels, square off in this Pac-12 South battle.

Two Pac-12 games have lines that are currently at pick’em, and they’re both slated for 10:30 p.m. ET/7:30 p.m. PT kickoffs: Washington at Cal and Washington State at Oregon State.

“If I had to bet on the biggest handle for these Pac-12 games, I’d go with Oregon-Stanford,” said Bogdanovich. “Program vs. program the number looks high, and [David] Shaw as a double-digit dog has to be pretty attractive because of how much he slows the game down with his style. Arizona State-USC, if they were at 5 [p.m. PT] would be the biggest [handle], but they get eliminated because of that bizarre 9 [a.m. PT] start.”

Check out William Hill’s latest odds for the first week of MAC and Pac-12 play below.