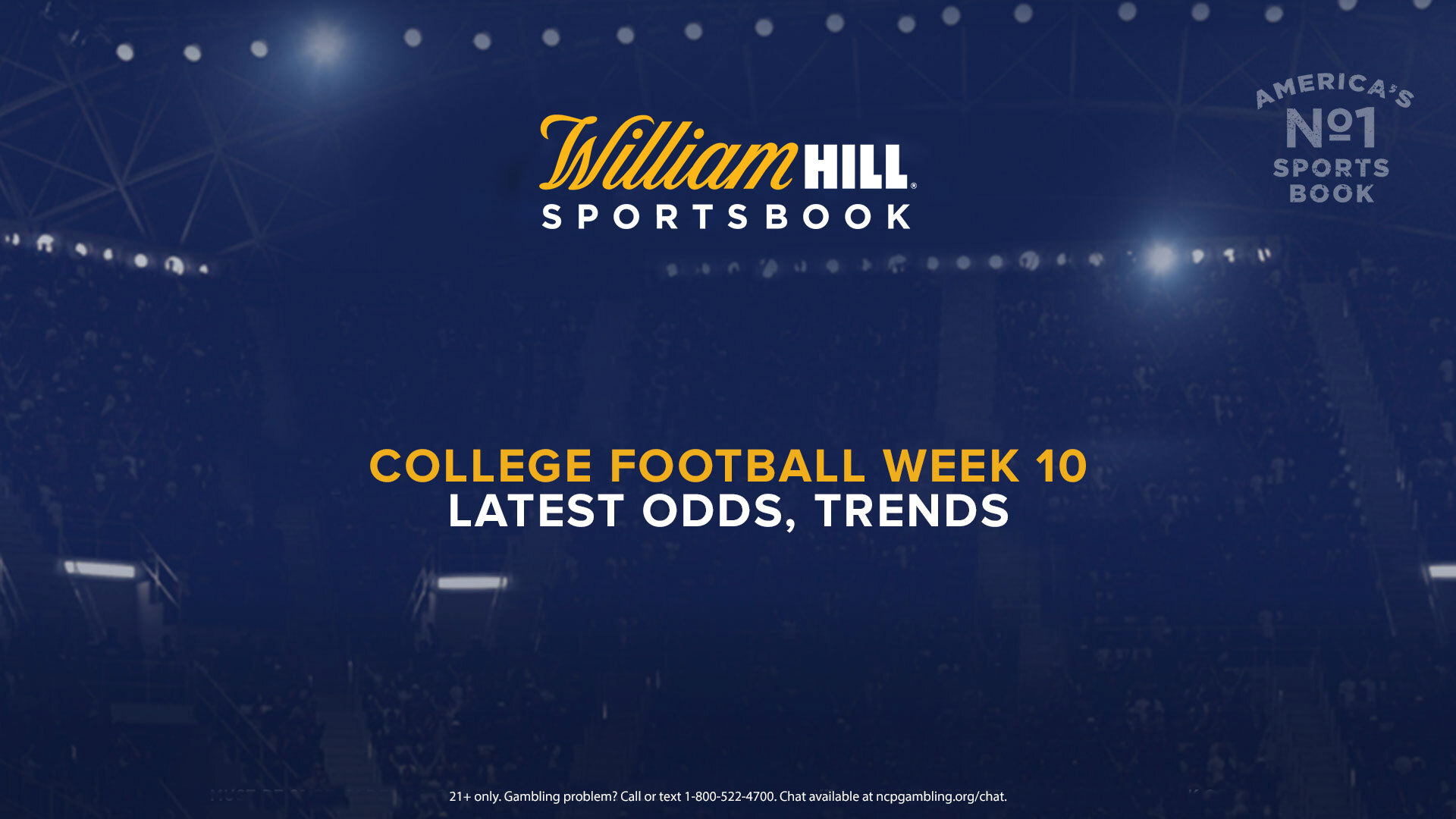 Week 10 of the college football slate features two top-10 showdowns, a Power Five conference making its season debut and even our first late-night Hawaii kickoff of the season. With non-stop college football action throughout the weekend, which teams have been the most popular wagers so far at William Hill?

Let’s start with the two marquee matchups: No. 1 Clemson (-5.5) at Notre Dame and No. 8 Florida vs. No. 5 Georgia (-3). In the ACC affair, Clemson has brought in 55% of the total number of tickets and 70% of the total dollars wagered among all spread bets vs. Notre Dame.

In the SEC battle, though, William Hill bettors are siding with the underdog.

“The professionals moved this line early on, but I do think it’ll be a really good two-way action game,” said Nick Bogdanovich, Director of Trading at William Hill. “It’s close enough to pick’em and both of these teams look really strong. So this won’t be a monster decision for us just because of the two-way action.”

Florida opened as a 5-point underdog at the neutral site in Jacksonville, however that line has dropped 2 points. The Gators have gotten 59% of the total number of tickets and 67% of the total dollars wagered for all spread bets vs. the Bulldogs.

Another underdog that many William Hill bettors are siding with this week is Rutgers. Rutgers is a 38.5-point road underdog at No. 3 Ohio State. That is the second-biggest spread in Week 10, only trailing No. 16 Marshall as a 44.5-point home favorite over UMass.

Yet, the Scarlet Knights are still drawing 87% of the total dollars wagered, though the Buckeyes have the edge in total number of tickets at 53%.

“This may be one of those games like Clemson-Syracuse earlier in the season where the line is just so ridiculously high,” Bogdanovich said. “That one was 47, this one is 38. But people may not be interested in laying 38 and will just wait to take Ohio State in another week. I’m assuming we’ll need Rutgers, but I don’t think it’ll be a huge decision.”

Check out William Hill’s latest odds and trends for every college football Week 10 game featuring a top-25 team below.