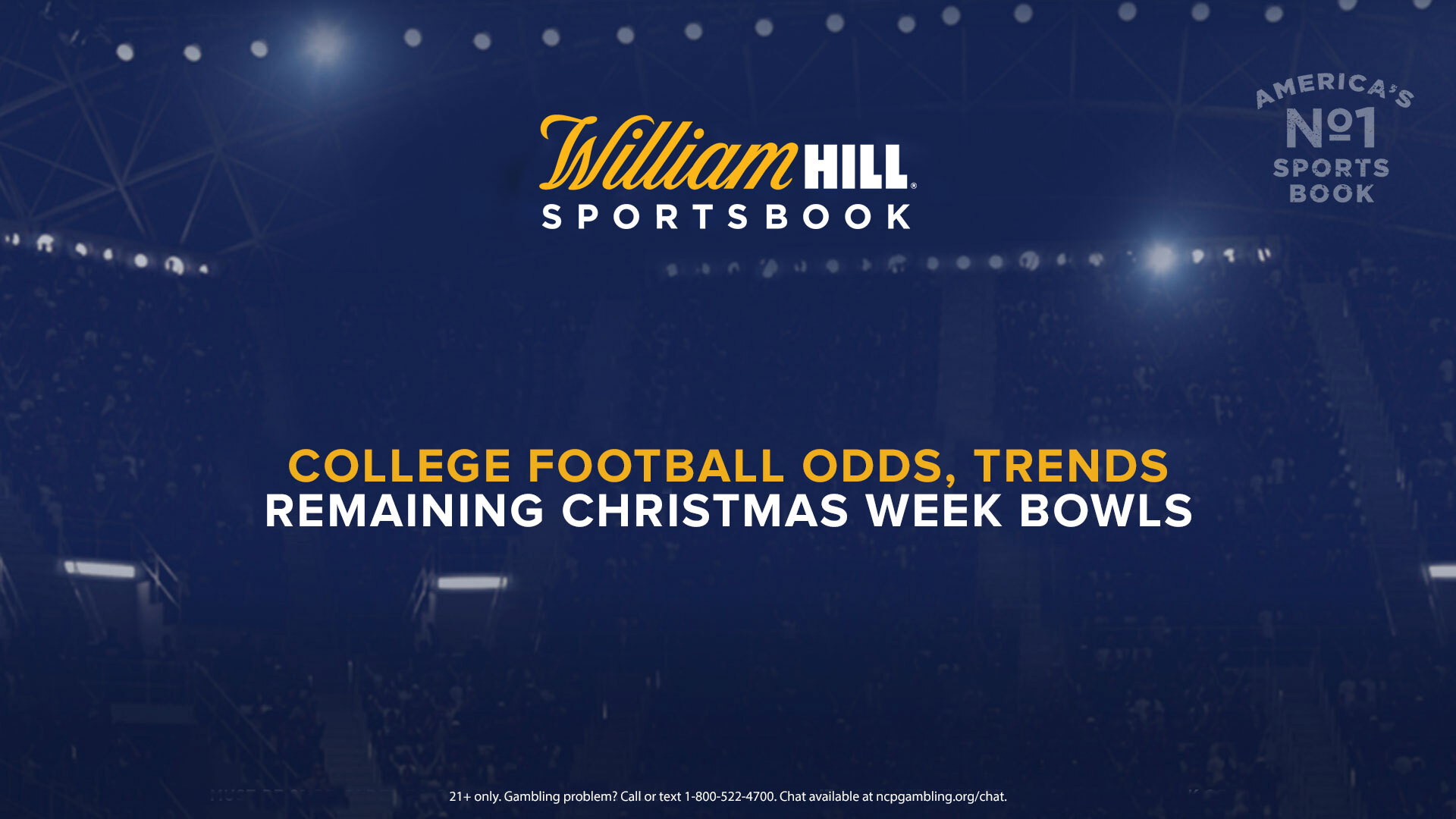 The first week of college football bowl season is already off to a roaring start, and there are still plenty of interesting matchups remaining.

“The action’s been very good,” said Nick Bogdanovich, Director of Trading for William Hill US. “The biggest bowl game for us so far was BYU-UCF. Obviously the entire year has been screwed up, so it’s not your typical bowl season where teams are off three weeks and you have countless suspensions and coaching changes. They’re playing these games right after a regular week, so it’s like another game and the kids aren’t having as much fun.”

Including tonight’s FAU vs. Memphis battle in the Montgomery Bowl, there are six bowl games remaining on Christmas week. One of those contests includes a top-25 team looking to complete an undefeated season.

“[Coastal Carolina-Liberty] could be the biggest bet bowl game this week,” Bogdanovich said. “Coastal’s drawn huge money throughout the season. After BYU looked so good yesterday, they’re betting Coastal even stronger. People have just fallen in love with this team. I was hoping Coastal and Liberty would play major schools so we could see a David vs. Goliath, but this is still an exciting matchup.”

No. 12 Coastal Carolina is currently a 7.5-point favorite at William Hill over Liberty in Saturday night’s Cure Bowl after opening at -6. The Chanticleers have brought in 58% of the total number of tickets and 89% of the total dollars wagered among all spread bets vs. Liberty. That includes one Nevada bettor placing $16,500 on Coastal Carolina -6 (-110) for a total potential payout of $31,500.

The largest wager as of now on the remaining Christmas week slate, though, has come in on tonight’s favorite in the Montgomery Bowl. Another Nevada bettor put down $23,000 on Memphis -9 (-110) for a total potential payout of $43,909.10. The Tigers have gotten 67% of the total number of tickets and 75% of the total dollars wagered among all spread bets vs. FAU.

The side that has been the most lopsided in terms of total dollars wagered is in Saturday’s LendingTree Bowl. Western Kentucky is a 3.5-point underdog to Georgia State in that one, yet the Hilltoppers are capturing 94% of the total dollars wagered. William Hill bettors are divided on this bowl game, though, as the Panthers have seized 60% of the total number of tickets.

Another underdog that has been receiving the majority of the total dollars wagered, as well as the total number of tickets, is Hawaii. Hawaii is a 10.5-point underdog to Houston in the New Mexico Bowl, however the Rainbow Warriors are seizing 58% apiece in each category.

“Strange game, usually Hawaii’s at home for a bowl game,” Bogdanovich said. “The other team usually goes there and you have to worry about the vacation experience. Now Hawaii’s traveling to Texas, which is weird in itself. [Houston coach Dana] Holgorsen is seemingly on the hot seat, so he’s going to have to try to get his team to have a big performance.”

Check out William Hill’s latest odds and trends for the remaining Christmas week bowl games below.