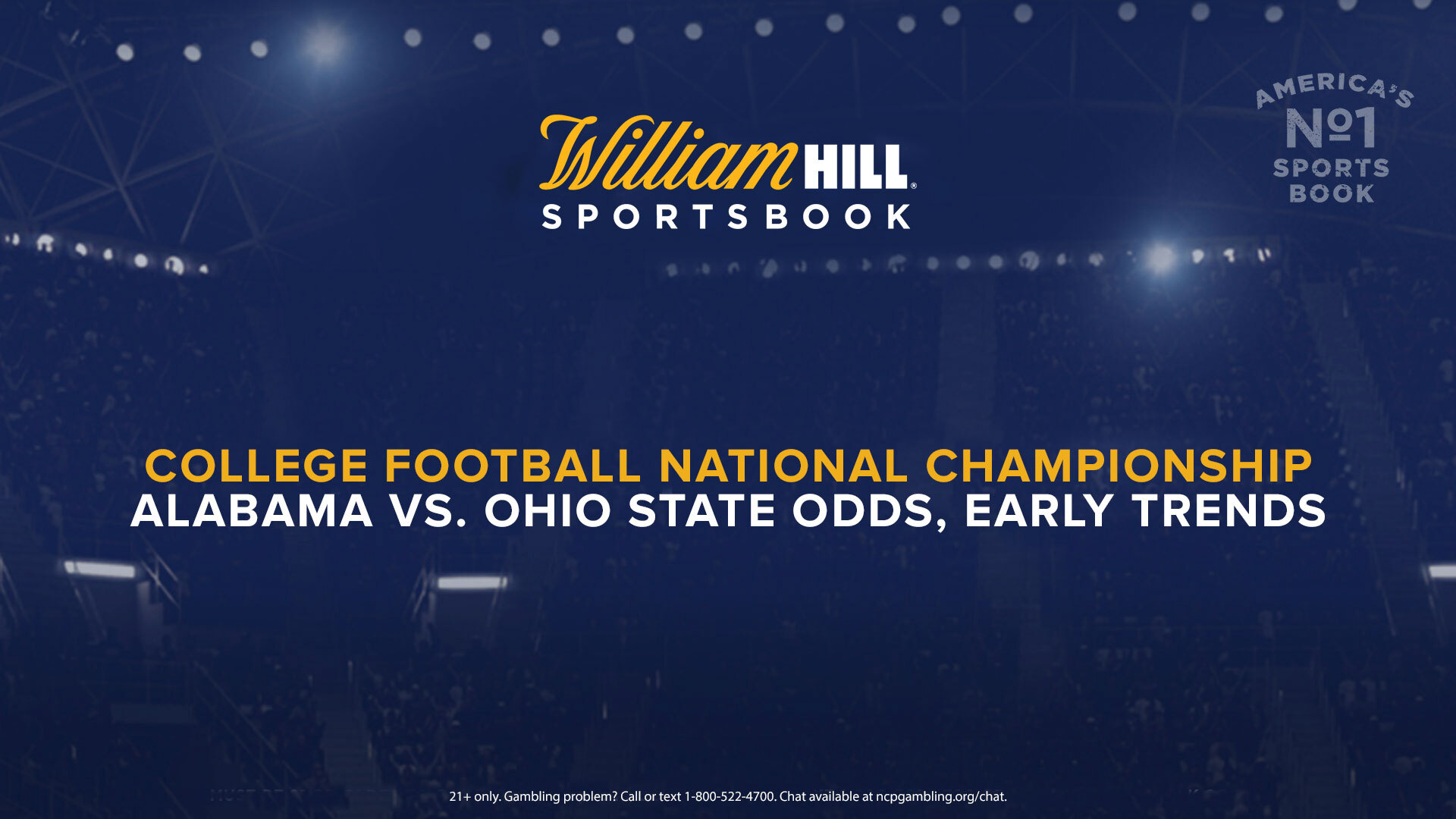 The last two undefeated teams in the country will take center stage next Monday night, with a national championship nearly in grasp for each.

No. 1 Alabama and No. 3 Ohio State are meeting for the second time in the College Football Playoff, with the first go-around being the first CFP game ever. Back in 2015, Cardale Jones and No. 4 Ohio State shocked No. 1 Alabama 42-35 in the Sugar Bowl, with the Buckeyes going on to win the national title over Oregon.

In next week’s titanic battle, Alabama is a 7.5-point favorite over Ohio State. On the moneyline, the Crimson Tide’s price is -280 while the Buckeyes are listed at +240. With two outstanding offenses squaring off, the total is at 75.5.

“We opened this at Alabama -7, went up to 8 and now it’s at 7.5,” said Nick Bogdanovich, Director of Trading for William Hill US. “I’m not surprised by the movement, Bama seems to be on a different level than everyone. Ohio State mauled Clemson, so that should slow down the Bama train a little. We’re going to need the same exact thing as Alabama-Notre Dame, for Alabama to win and not cover and for the game to go under.”

There are some interesting betting patterns early on at William Hill for the title game. Alabama is drawing 56% of the total number of tickets and 68% of the total dollars wagered among all spread bets against Ohio State. Yet, the Buckeyes have the advantage in total number of tickets (72%) and total dollars wagered (75%) for all moneyline bets in this one.

William Hill bettors are aligned on the total so far, as the majority of them think it’s too many points. The Alabama vs. Notre Dame under cruised after closing at 65.5 with the Crimson Tide prevailing 31-14. Ohio State’s CFP semifinal, however, went over 68.5 after crushing Clemson 49-28.

“With the total this high in a game of this magnitude, the professionals are going to be betting the under for sure,” Bogdanovich said. “The masses will play it over just because it’s Alabama offense and Ohio State has the firepower to keep up. We opened this total at 76, and now it’s down to 75.5. But when push comes to shove, we’ll need the under when this kicks off.”

The under leads the way in both categories, as it is receiving 71% of the total number of tickets and 86% of the total dollars wagered.

Check out William Hill’s current odds below for next Monday’s national championship between Alabama and Ohio State.