College Football Futures: Which Teams Are Most Popular 2022 Title Bets? 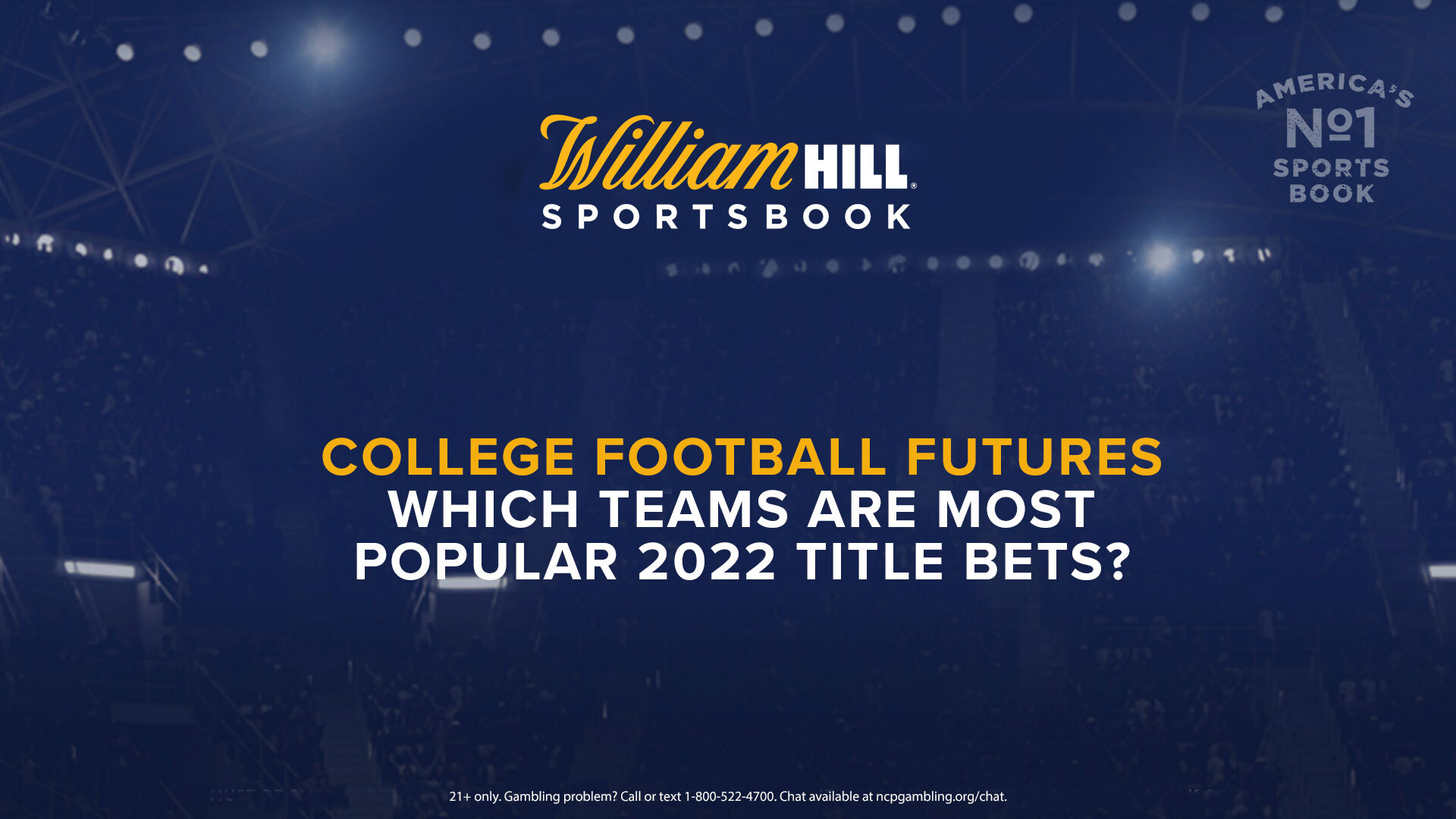 The start of the college football season is nearly a month away with five games slated for Aug. 28—including Nebraska at Illinois and Hawaii at UCLA.

So as we get ready for jam-packed Saturdays once again, let’s take a look at William Hill’s latest 2022 college football national championship odds and trends.

“Oklahoma, Georgia, Texas A&M, those three are the teams that are really good that we have liability with,” said Nick Bogdanovich, Director of Trading for William Hill U.S. “They know they don’t have as much of a chance with those longer shots in college football, so they’re more likely to go to that next group right behind Alabama and Clemson.”

When it comes to betting action, though, the two most popular teams in terms of tickets have been on two teams that have combined for one national title in the past 35 years.

“Georgia actually has the most tickets, and Oklahoma is second,” Bogdanovich said. “Georgia’s been an elite program for some time now, they just need to get over the hump. Sooners have maybe the best quarterback in the country with [Spencer] Rattler, [bettors] must be hoping that an unstoppable offense can beat an Alabama or Clemson in a high-scoring game. Because we have so much liability on Georgia and Oklahoma and do well right now with Clemson, I think their odds could continue to get closer and closer.”

One notable omission is Clemson, as the Tigers have generated 4% for both total number of tickets and total dollars wagered.