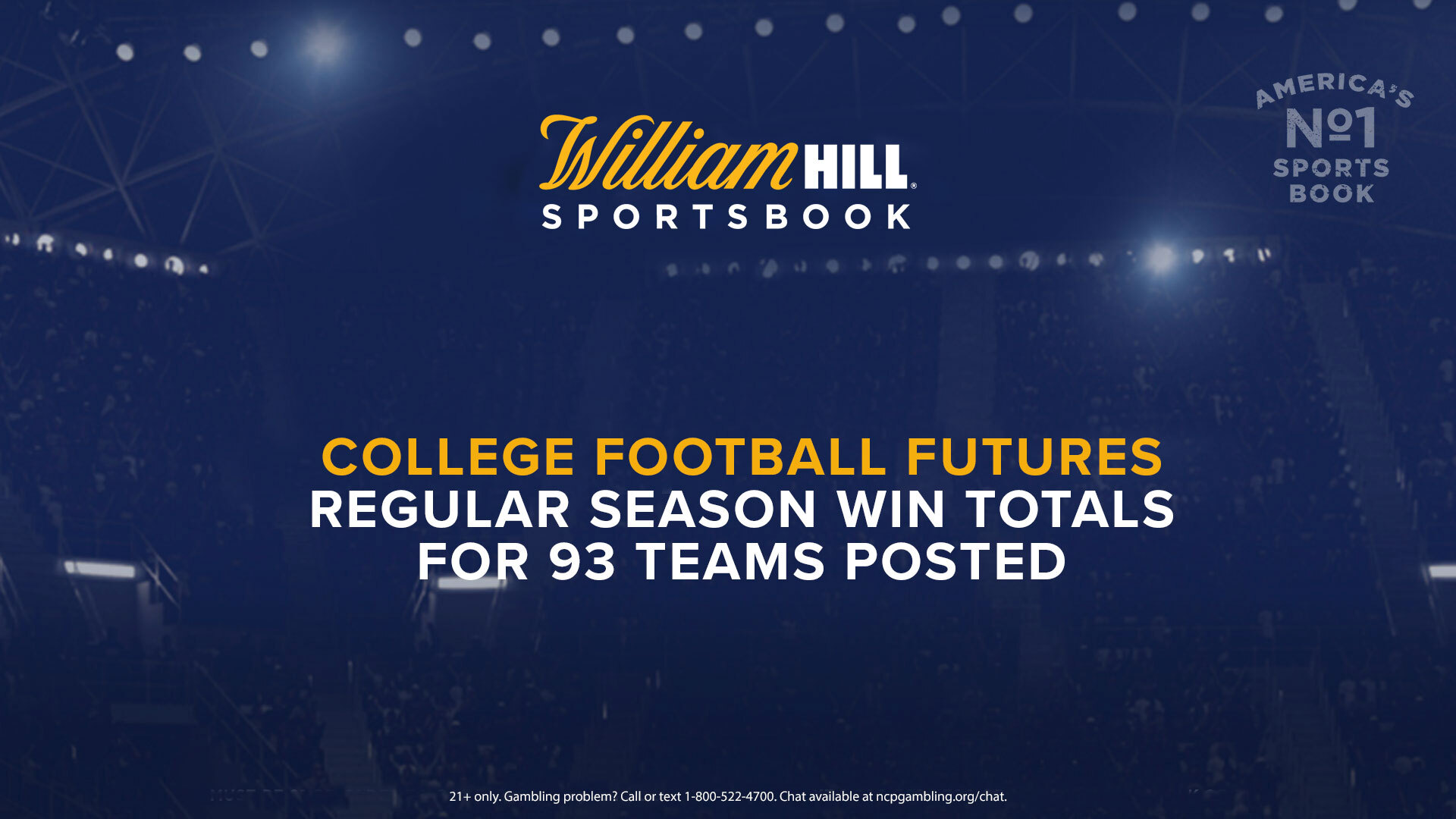 The college football season is approaching quickly, as the first games kick off next month. William Hill Nevada has posted regular season win totals for 93 FBS teams, with all of them needing to play 12 regular season games for action.

“We put up more win totals for this season than we normally do,” said Nick Bogdanovich, Director of Trading for William Hill US. “Setting these win totals is one of the most difficult jobs for us every year. It was even tougher for these just because there wasn’t much to gauge from last season with COVID screwing everything up.

“It wouldn’t surprise me if we were off on some of these win totals. Usually there’s a pretty good formula for these: You’ve got 12 games, they went 10-2 last year, they’ve got this many starters returning, you look at their schedule—and you can pretty much make a number. But there’s not much to base off from last year and so many more kids are coming back with the extra COVID year.”

Alabama and Clemson opened with the highest win totals of any team, as each has been set at 11.5 with the over at -120 and under at even-money odds.

“Usually the public will bet over on win totals that high and the sharps will bet the under,” Bogdanovich said. “The sharps know that a key injury or one fluke game, and they cash. It’s usually not a huge decision because the number is set so high, so some may shy away from betting that. But I’m guessing we’ll need the under for something like in previous seasons.”

Regarding early action, William Hill bettors have been eyeing a squad in the Pac-12 and the SEC.

“Auburn under and Arizona State over have been the two notable ones so far,” Bogdanovich said. “Auburn fired a successful coach, any time you bring in a new regime there’s an adjustment period. ASU, their schedule is halfway tough and I thought I made it high enough. I agree with the move though, I like ASU a lot this year.”