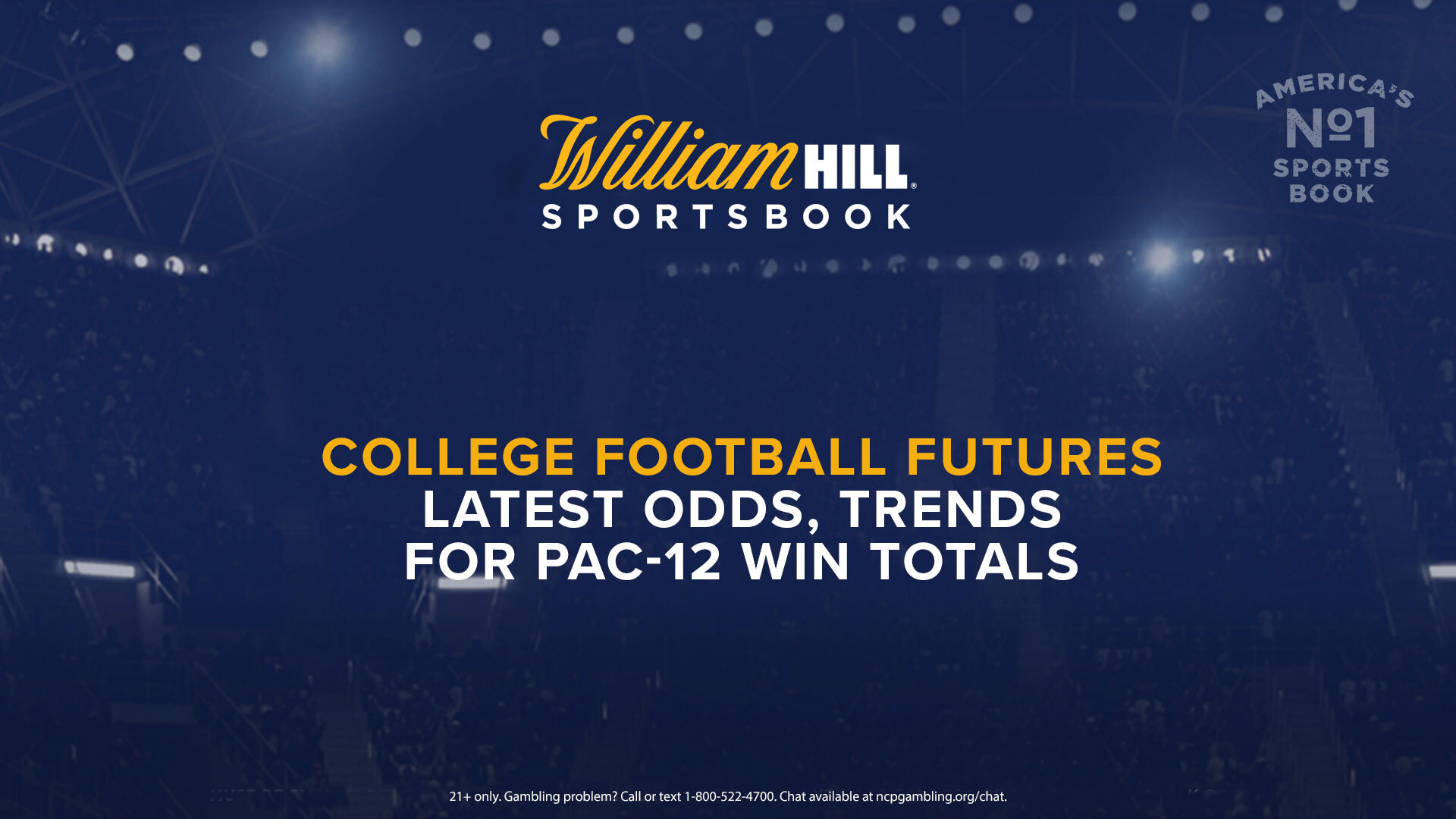 We’ve come up on another Win Total Wednesday, and it’s also the final Wednesday before the start of the college football season. So let’s celebrate by analyzing not one, but two Power 5 conferences’ win totals today.

William Hill Nevada now has 11 Pac-12 win totals up, with UCLA’s currently off the board after it was last at 7 (over -120/under even-money odds).

While the Pac-12 is the only Power 5 conference without a team possessing a double-digit win total, there are two squads that William Hill bettors are strongly backing to get to double-digit victories.

Oregon and Utah are both at 9, with over for the Ducks at -130 and at -110 for the Utes. While Oregon opened at that number (originally over -120/under even-money odds), Utah was originally at 8.5 (over -120) before getting a half-win increase.

Utah’s over is tops in the Pac-12 for both total number of tickets (98%) and total dollars wagered (99%), whereas Oregon’s over ranks second in both categories at 92% and 98% respectively.

Washington’s win total also was first displayed at 9 (over +110/under -130), however the Huskies have been brought down to 8.5. That’s the only win total decrease in the Pac-12, and it comes despite Washington’s over taking 83% of the total number of tickets and 59% of the total dollars wagered.

Another very popular Pac-12 overs is the team with the lowest win total in the conference. Arizona at 2.5 is the lowest Power 5 conference win total, and is the third-lowest overall at William Hill Nevada as it’s only ahead of New Mexico State (2) and UNLV (1.5). After over 2.5 was first listed at -110 for the Wildcats, it’s now all the way up to -145.

Arizona’s over ranks third in total dollars wagered at 97% and has also seized 75% of the total number of tickets. That includes one Nevada bettor who placed $6,000 on Arizona over 6 (-120) for a total potential payout of $11,000, which is the largest Pac-12 win total wager placed thus far at William Hill.

The most popular under wager in the conference has been Washington State. The Cougars have stayed put at 6 throughout, yet 91% of the total number of tickets and 97% of the total dollars wagered are banking on 5 wins or fewer in Pullman this season.

Colorado 4.5 is the only other Pac-12 under getting a majority of the action, with that one generating 62% of the total number of tickets and 82% of the total dollars wagered.