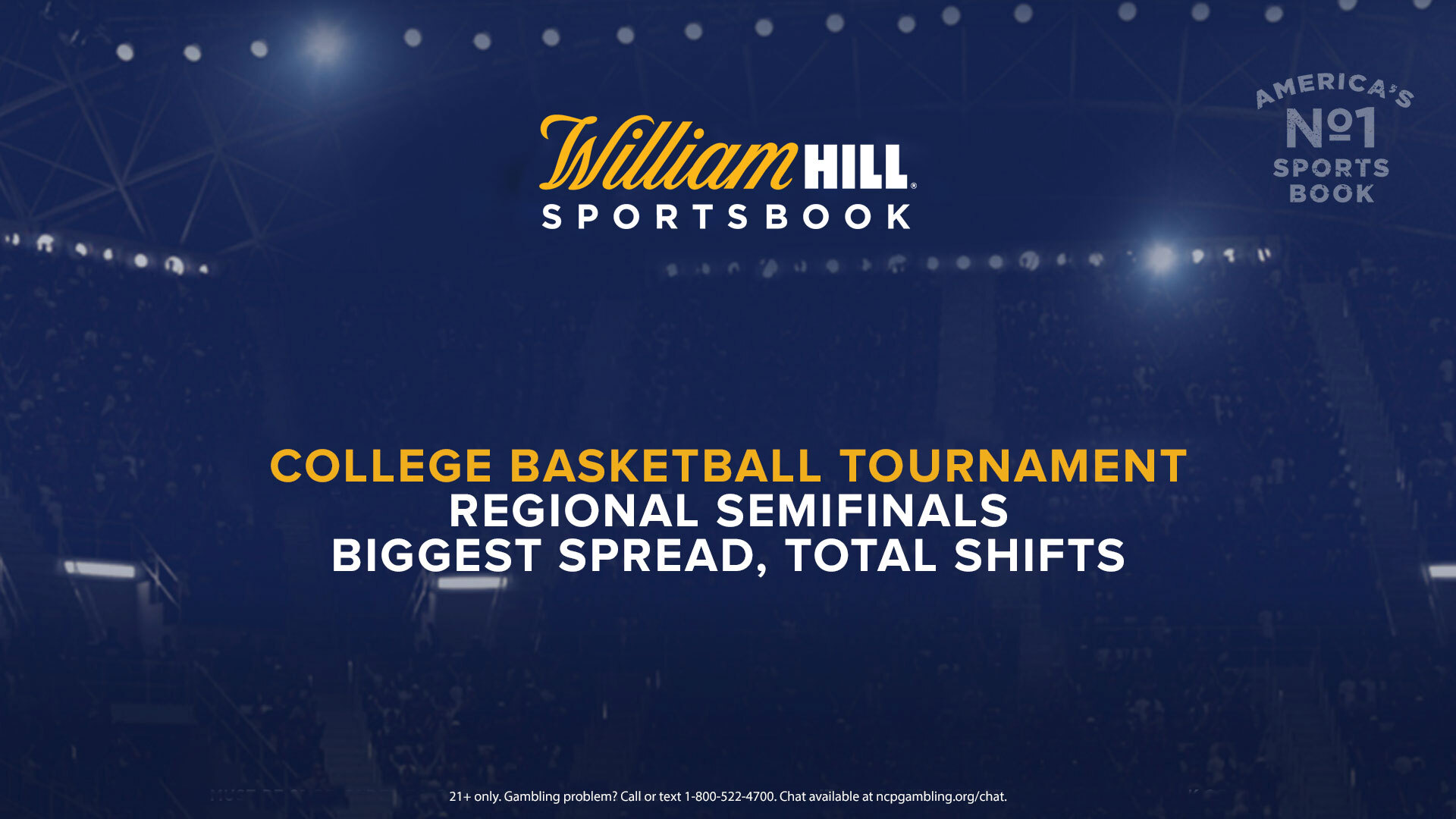 Eight games are on tap for this weekend’s Sweet 16, and all of them have odds posted at William Hill. But which spreads and totals at William Hill have moved the most throughout the week?

Two spreads have shifted by two points so far, and both of them are Sunday contests.

No. 2 Alabama opened as a 4.5-point favorite over No. 11 UCLA, however that line is currently up to -6.5. The Bruins have covered in all three of their 2021 NCAA tournament games thus far, including outright victories as an underdog against No. 11 Michigan State and No. 6 BYU.

“UCLA is definitely peaking at the right time, but we’ll still need UCLA pretty good here,” said Nick Bogdanovich, Director of Trading for William Hill US. “The sharps are all over Alabama, and the public will be more on Alabama than UCLA. It’s good that UCLA is playing well, because it’ll shorten the decision a little.”

The late game on Sunday features this weekend’s only conference showdown, as Pac-12 foes USC and Oregon square off. This matchup opened at pick’em, then the line jumped all the way up to USC -2.5. The spread dropped slightly today, as the Trojans are now 2-point chalk.

“Some sharps liked the 2.5, so it got bet down,” Bogdanovich said. “These teams and coaches know each other very well, so I can see why it went to 2. This is a phenomenal matchup, this is the most exciting game to me out of the eight this weekend.”

“It’s been all Baylor so far,” Bogdanovich said. “This is going to be a big decision, we’re going to need Villanova for a small wheelbarrow full of money. That line move was probably sharp money and I think the public will be on Baylor as well. They looked like a different beast against Wisconsin. It’s been Gonzaga and Baylor and the rest for pretty much the entire season, and they’re both playing super right now, so their points spreads are going to be jacked up pretty good.”

Another Sweet 16 battle featuring a No. 1 seed has experienced a slight line shift as well, yet this one moved in favor of the underdog. No. 4 Florida State currently resides at +2.5 against No. 1 Michigan after opening as 3-point underdogs.

“The sharps took Florida State +3,” Bogdanovich said. “I think it’ll be a very small decision. I expect the public to be a little more on Michigan. Even with how disappointing the Big Ten has been, Michigan is still a No. 1 seed and they’re a very balanced team.”