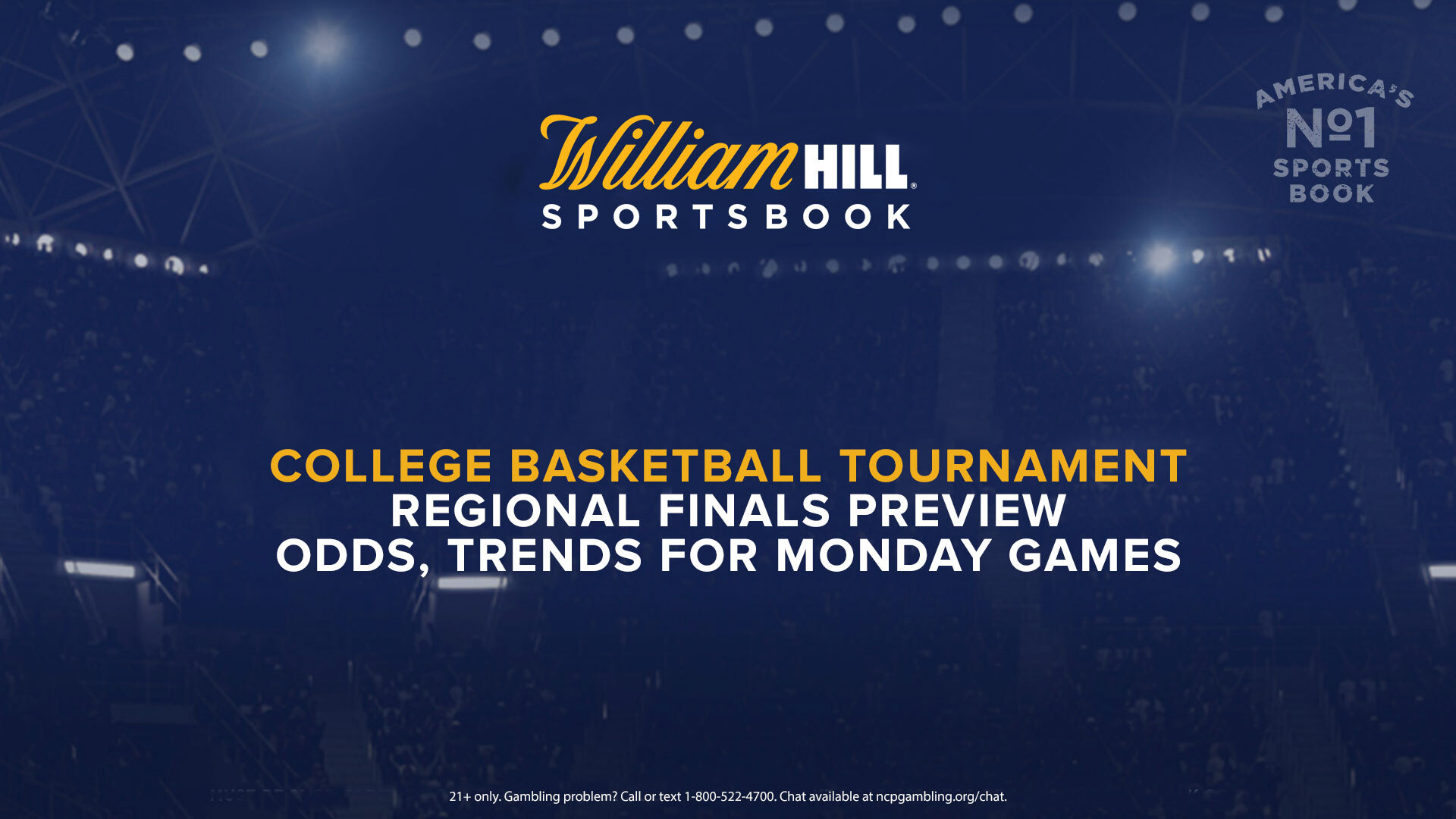 Which teams will get to cut down the nets tonight? Four teams will battle for the first two Final Four bids on Monday, as the Elite Eight tips off from Indianapolis.

“Elite Eight is typically more straight bets,” said Nick Bogdanovich, Director of Trading for William Hill US. “Parlays dominate the early rounds because there’s so many teams to choose from. The handle will be strong, and the straight bets will get beefed up quite a bit this round.”

In the early showdown, Oregon State is the first No. 12 seed to advance to the Elite Eight since Missouri in 2002. On the other side, Houston gets its fourth straight double digit-seeded opponent to start off March Madness, the first time that’s happened in NCAA tournament history.

“I think we’ll need Houston at the end of the day, Oregon State will probably be a public dog,” Bogdanovich said. “With Oregon State, how many games in a row are they going to be getting this many points? The Pac-12 is rolling, I think all three Pac-12 teams have a chance at being public dogs this round.”

In the second Elite Eight clash, both Baylor and Arkansas will look to snap their Final Four droughts. Arkansas last made the national semifinal in 1995, whereas Baylor hasn’t reached a Final Four since 1950. They’ve had much different paths leading up to this affair—Baylor has won all three of its NCAA tournament games by double digits and Arkansas has won its last two by a combined four points.

William Hill bettors backing Baylor caused one of the more notable Sweet 16 spread shifts against Villanova, and a similar pattern has unfolded this time around as well.

“We opened 6, and it’s now up to 7.5,” Bogdanovich said. “Sharp money is on Baylor. Parlays are heavy on Baylor. Looks like we’re definitely going to need Arkansas. This will be a physical war for sure. If it was earlier in the tournament, the total probably would have been higher. But now, they guard every possession like it’s life or death, usually the bigger the game means the lower the total.”

Baylor is -360 chalk on the moneyline, with Arkansas +300 to pull off the outright upset. The total has seen noticeable movement, as it currently sits at 148 after first being displayed at 150.